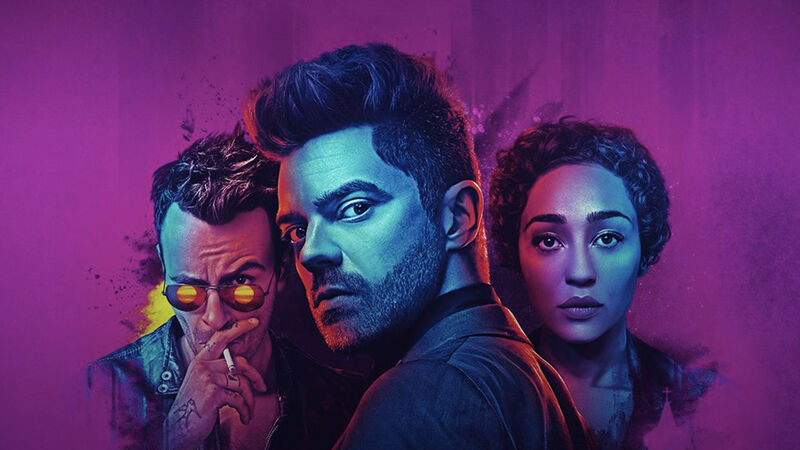 The new season of Preacher is here, exclusively on Stan in Australia. The genre-defying series from the co-executive producers of Breaking Bad and the guys who brought you This Is The End is based on the 1995-2000 Vertigo comic book series by writer Garth Ennis and artist Steve Dillon. If you’re not familiar with either version of the series, Texas holy man Jesse Custer hits the road with his girlfriend Tulip and best friend Cassidy to find God, who is mysteriously missing from heaven.

And it gets even weirder than that. Preacher’s unique blend of action, humor, horror, and mystery make it one of the most unique shows on television. But that’s not the only reason it belongs in your eyeballs. Here are 10 reasons that Preacher needs to be part of your life.

The cast is badass

Fans of superhero TV will recognize all three leads of the show. Dominic Cooper plays Jesse. You might remember him as the younger Howard Stark from both Captain America: The First Avenger and the Agent Carter spin-off series. Ruth Negga is Tulip; she also had a recurring role on Agents of SHIELD. Finally, Cassidy is played by Joseph Gilgun, who was Rudy on the British superhero series Misfits. And they’re all great on Preacher.

It’s not like the other comic book adaptations out there

The Marvel movies are fun and all, but they keep things pretty light. And the recent DC films have been about as bright and jovial as a root canal in a cave. Preacher manages to walk between those extremes. It’s pretty dark at times. But it also knows when to be weird, silly, or just straight-up crass.

Cassidy is a blood-sucking creature of the night, but that doesn’t mean he’s a bad person. Most of the other things he does do mean that but he’s there for his friends and he usually means well. The fact that a series about good and evil just throws in a character who will burst into flame if the sun hits him is surprising enough. The fact that you just accept it and move on is an even bigger accomplishment.

It has a character named Arseface

Eugene “Arseface” Root is a good kid who had a bad day. His speech impediment and weird appearance are the results of a botched attempt to take his own life. The circumstances and his odd looks make him a social outcast. But he’s still, somehow, the nicest character in the show. That’s not really saying a whole lot considering most of the other people are pretty despicable. But even independently of that, he’s a good boy who means well.

The Saint of Killers

One of the main villains from the first two seasons was the Saint of Killers. He’s an unstoppable, soulless murderer with a tragic past who rises from the underworld to stalk Jesse and his friends. And while his history is sad, the series doesn’t really try to make him sympathetic. He’s just straight-up relentless evil. And he’s a cowboy, so that’s also cool.

The show’s version of hell

Preacher contains a fully realized depiction of the underworld that contains several subtle hints about how the place works. It mostly looks like a prison in which each inhabitant’s “cell” contains a projector that forces them to relive their worst memory on a loop. But it also has a common room with some more subtle tortures. The one vending machine only contains Zagnut bars, for example, and the restroom facilities are stocked with duct tape instead of toilet paper.

Angel fights are fun to watch

Two of the major characters of the first two seasons are angels who go to Earth to deal with the crisis. And because they’re divine hosts, they can’t die. But the funny part is how that works: If an angel dies, it just reappears nearby, but their old body remains. Preacher uses this to great comedic effect, including a prolonged fight sequence that ends with dozens of corpses everywhere.

Another main plotline comes from Genesis, a powerful entity that possesses Jesse at the end of the first episode. It gives him a special power that lets him command people to do whatever he says, but it took a little while for it to settle on a proper home. Genesis rejects its first couple hosts, and when that happens, the failed “vessel” explodes everywhere. We also get all those angel deaths and the many, many injuries that Cassidy suffers (that just regenerate because vampire). So the series has a lot of opportunities to inflict grievous harm to its characters, and it wastes none of them.

Preacher features a cast of complex characters. The three leads, for example, are all straight-up murderers, Jesse’s profession aside. They have violent pasts that still come back as they fight to survive their increasingly bizarre circumstances. That doesn’t mean we don’t still want them to succeed and be alright. It’s just a complicated relationship we have with them, and that makes the series way more interesting to watch.

It has an… interesting take on religion

Preacher is mostly a show about how the truth is often more bizarre and surreal than the stories we hear. And its drawn some controversy thanks to how it applies this theme to Christianity. One episode includes a raunchy love scene involving Jesus, and one of the main actors in the plot is a secret organization that disposes of “false prophets” using deadly force. This is all so they can rule the world through their own “Messiah,” the deeply inbred descendant of the product of that controversial scene.

If you’re wondering after all this what on earth this show is, you can find out by watching the brand new season of Preacher – now streaming, exclusively on Stan in Australia.

Evan Killham
Ekillham
Evan is a high-powered supernerd who is sprinkled across the internet like salt. His contributions have appeared at Screen Rant, Cult of Mac, and GamesBeat. When he isn't writing, he plans projects he won't have time to make and cultivates an affinity for terrible horror films.