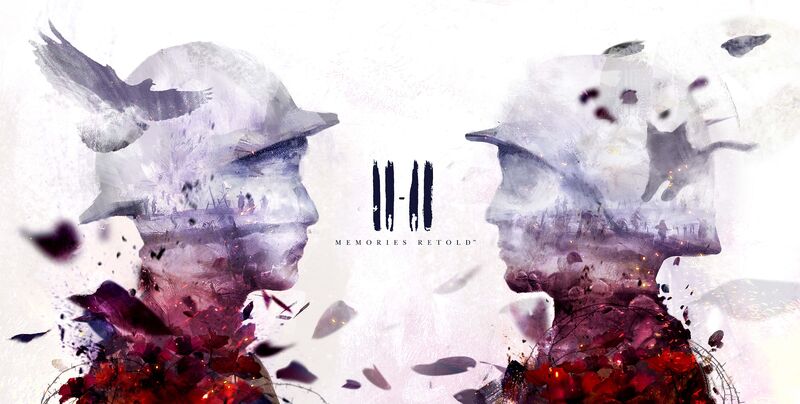 “War is hell”, or so the common refrain goes, but in video games that’s most often used as the launch pad for gun-toting action epics with countless awe-inspiring set-pieces, populated by gruff soldiers and the emotionally-stunted bonds between squad mates. Not so for 11-11: Memories Untold – this is a ponderous, introspective look at war and how it affects individual lives, and it’s structured very much as an adventure game rather than the shooter players might expect.

Timed to commemorate the centenary of the end of World War I, 11-11 splits its focus between two unlikely recruits on either side of the conflict. The first is Harry, a young photographer from Canada talked into joining the British military – Canada was still under British rule in 1916, when the game opens – with promises of adventure and a safe role documenting the war effort.

Voiced by Elijah Wood, Harry is your classic everyman character, drawn into something he doesn’t fully understand and finding himself in situations he could never have imagined. The other is Kurt, voiced by Sebastian Koch, a German engineer who enlists as only as an excuse to search for his son Max, missing in France and feared dead. Stoic and focused, Kurt’s reasons for going to war are far less selfish, making him a more likeable character to begin with, though both Wood and Koch deliver exceptional performances in their roles.

Neither protagonist is what you’d consider a typical hero, but it’s their relative inconspicuousness in the grander scheme that makes both such perfect fits for a game like this. 11-11 largely avoids politicking, or even really exploring the roots of the war, instead focusing on the human toll of the conflict on the ground, in the murky trenches and in the desperate stretches of No Man’s Land that made up the Western Front.

Caught up in the machinations of generals and experiencing first-hand the often futile engagements that made up the war, Harry and Kurt each provide unique perspectives on either side’s follies and desperation.

Co-developed by Aardman Animation and DigixArt – the studio behind 2014’s Valiant Hearts: The Great War, another look at the First World War – 11-11 guides players through the lives of the two men from the time they enlist, roughly midway through the war, through to its closing days.

Each time the story advances, it’s marked by a countdown to ‘peace’, and the armistice that marked the end of the war. Chillingly, it’s an almost ominous progression of time, keeping you on edge with every scene change.

Actual gameplay – the mechanics of 11-11, what you fundamentally do – is subdued. Rarely is a gun raised, and when it is, it’s usually to deliver an emotional gut punch rather than a shot to an enemy. Alternating between Harry and Kurt, you’ll move through their histories, sometimes solving basic puzzles or completing specific tasks. Kurt might use his engineering background to repair a radio, while Harry frequently has to use his photography skills to document key events.

There’s rarely any challenge here – you won’t find yourself stumped on any of the puzzles, and even more active sections such as Harry guiding a ship through a minefield by running between port and starboard guide bells are hard to fail. Everything is in service to the narrative, in much the way it is in a Telltale game or Life is Strange.

11-11 isn’t as branching though. Your decisions as either character can create ripple effects through the game, such as how people respond to letters sent home or, as an early-on example, which bottle of wine Harry brings to a client potentially angering his boss. There are a handful of major story altering decisions to be made, but they’re applied judiciously, for greater impact.

That’s no bad thing though. DigixArt and Aardman have a clear story they want to tell through 11-11, and making sure that every player can experience it, without gate-keeping through unpredictable difficulty spikes is laudable.

11-11 isn’t entirely a glorified interactive story though. In sections where Harry and Kurt are both present, you can switch between either man to explore and solve problems, utilising their unique skills or even simply teaming up to overcome environmental obstacles. Again, this all ties back into the grander story, with the relationship between these two ostensible foes evolving as they cross paths over the course of the war, but the sections where they’re both playable help materially highlight their similarities and differences alike.

There are also sections where you’ll switch to each character’s animal companion. Harry takes an injured bird under his wing, while Kurt takes in a cat that has made the trenches at Vimy its home. The cat, in particular, adds several more conventional gaming elements to 11-11, able to traverse tight spots and navigate around the territory of either side, giving players new perspectives on the game world.

Throughout, there are also collectibles to hunt down – a more traditionally gamified approach to player progression it’s hard to imagine. Some of these collectibles appear as postcards hovering in space to be collected, while others are awarded for completing certain criteria.

Frustratingly for completionists, there’s rarely any indication of what those latter ones are though – one is, as Harry, to take a photo of a seagull for a sailor, but you’ll discover that through luck rather than having any in-game prompt. Thankfully, chapters can be replayed to hunt down any that you’ve missed.

The collectibles themselves delve more into the actual history of the war. Each one you pick up unlocks an artifact detailing the period, many of which are actual photos, documents, and letters that survive in real-world museums. 11-11 doesn’t really set out to be an educational game, but it’s nice to be given an insight into the period, especially as World War I has faded from living memory. This is an excellent example of games doing something meaningful with the interactive form.

The Art of War

By far the most striking aspect of 11-11 though is its visuals. A significant departure from the style audiences have come to expect from Aardman Animation, this abandons the claymation aesthetic that has defined the likes of Wallace and Gromit, Chicken Run, and Early Man for a muted ‘living painting’ look. It’s inspired by the oil-on-glass animation techniques of Aleksander Petrov, recreating the style of moving brush strokes through computer animation.

The result is something that’s almost dreamlike, each location and every character or object in it represented in impressionistic daubs of colour, swirling and reforming as you move around. It’s surprisingly effective too, using its deliberate lack of detail to trick the player into a deeper connection to the cast and events.

Whether it’s navigating muddy stretches of No Man’s Land while under heavy enemy fire, exploring the sprawling, filthy trenches on either side, or getting caught up in tense interpersonal moments, the unreality of the graphics actually leaves a more lasting impression, letting your brain fill in the gaps. Similar plaudits must be given to the sound design, both in terms of authentic sound effects grounding you in each scene and the beautiful score by composer Olivier Deriviere, brilliantly heightening the emotion of every frame.

Undoubtedly, 11-11 Memories Retold won’t appeal to all players, especially anyone looking for something to follow up the likes of Battlefield 1. It’s thoughtfully paced and narratively complex, offering no clear ‘good guys’ or ‘bad guys’ – it’s very much shades of moral grey throughout. The simple approach to gameplay may rankle some, too.

Yet for those with patience to invest in the world it presents, 11-11 is a captivating chronicle of the First World War, exploring the essential humanity fought for and lost on either side. Poignant, beautiful, and frequently heart-breaking, this is a game with rare weight and importance.