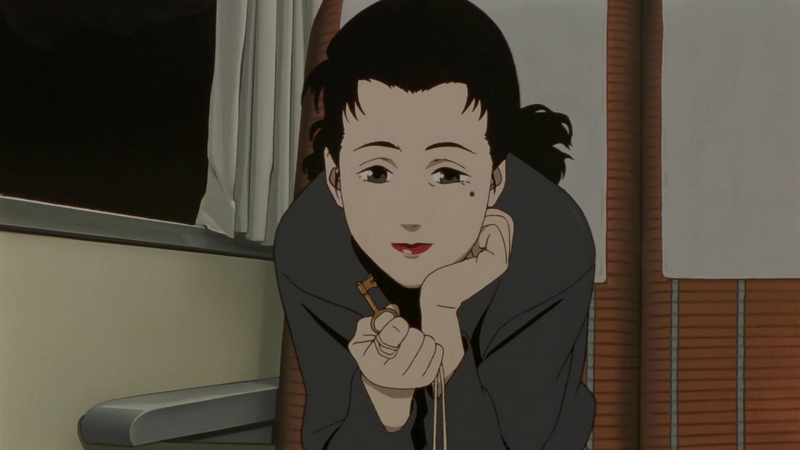 5 Anime to Watch With Your Grandparents

Enjoying anime with friends and family can sometimes be difficult if you don’t know what the other likes. It’s even harder when there’s a generation gap. You might wonder if your grandparents like anime, or even know what it is. Thankfully, there are titles out there you can both enjoy. Here are five anime to watch with your grandparents.

If you want to watch a classic anime with your grandparents, check out Hayao Miyazaki’s Spirited Away. The feature-length film follows a young girl named Chihiro Ogino, who along with her parents, is heading to their new home. But along the way, they stumble across an abandoned amusement park. Their curiosity gets the best of them, and they venture inside.

However, there’s something strange about the theme park. It’s overrun by ghosts, and the food turns people into pigs, including Ogino’s parent. Trapped in the spirit world, Ogino must fend for herself and rescue her parents. Luckily, she makes a few friends who will help her overcome her fears.

Spirited Away is a beautiful, albeit a bit scary, fantasy world with an important message for the viewer: even the most frightening obstacles can be overcome by hard work. A message that every grandparent will inevitably pass down to their grandchild(ren).

After 70 years in the movie business, Ginei Studios files for bankruptcy. To commemorate their anniversary, they commission ex-employee and filmmaker Genya Tachibana to interview the studio’s best-known actress, Chiyoko Fujiwara. Enamored with the idea that he will meet his idol, Tachibana drags cynical cameraman Kyouji Ida to a secluded mountain lodge where the actress resides.

Once there, Tachibana gives the actress a key that he believes Chiyoko lost at the studio. The key causes Chiyoko to reflect on her career, jumpstarting the movie within a movie chronicling the life of Ginei’s most famous actress. Past and present memories intertwine to create a tale that stretches beyond our wildest imaginations.

Millennium Actress will impress your grandparents with its wild use of different colors, which will transport them to the mind-bending world of anime’s most celebrated director, Satoshi Kon. With its psychedelic animation, the entire family can enjoy this story that pays homage to the past.

Master Keaton follows Taichi Keaton, a half-British, half-Japanese archeologist who investigates insurance fraud for Lloyd’s of London. However, Keaton does more than just looking into scams. He’s also an expert negotiator, survival instructor, and historian. Using his many skills, Keaton solves various mysteries from around the world. His methods often cause people to doubt him, but this jack-of-all-trades always catches the culprit. Those close to him even might call him the “master of life.”

Each episode, Keaton tries to help someone in need or works to solve a mysterious death. But instead of hitting viewers with a barrage of non-stop action, the show takes a more educational or entertaining approach to storytelling. The series also doesn’t suffer from many of anime’s overused tropes, like giant breasts, which makes it more appealing to mature audiences.

Heidi, Girl of the Alps

Premiering in the mid-’70’s, Heidi, Girl of the Alps, follows Heidi, short for Adelheid. After losing her parents as a baby, Heidi goes to live with her aunt, Dette. But when Dette finds a job in Frankfurt, Germany, she’s unable to continue to take care of Heidi. As a result, the young girl moves to the Swiss Alps live with her grandfather Alps Oldman.

Initially, the old man is reluctant to the idea of taking care of his young granddaughter. But eventually, Heidi’s kind, loving nature opens up his heart. During her time in the Alps, Heidi goes on many wonderful adventures with the new friends she makes and her grandfather.

If your grandparents, especially your grandfather, gets a bit cranky or moody when you’re around, watch Heidi, Girl of the Alps. You’ll soon see that with a lot of love, he will come around and show his in return, just like Heidi’s grandfather

Taking place in Victorian-era England, Steamboy follows Ray, a young inventor who receives a package from his grandfather, Lloyd Steam. It seems that Ray’s grandfather has sent him a mysterious object called the “steam ball,” a device that can use a near-unlimited amount of energy to run any steam-powered machine.

As usual, whenever such a world-changing invention exists, there’s always someone or something that wants it for nefarious reasons. In Steamboy, that something is the O’ Hara Foundation. The company sends countless goons after Ray, who must use everything in his arsenal to evade them.

Steamboy combines American and Japanese animation elements in a way that’s perfect for newcomers to anime. There’s no confusion about who the good and bad guys are, which makes this film easy to follow. The characters and the 19th-century steam industry come to life with a Japanese art style that’s on par with Studio Ghibli.