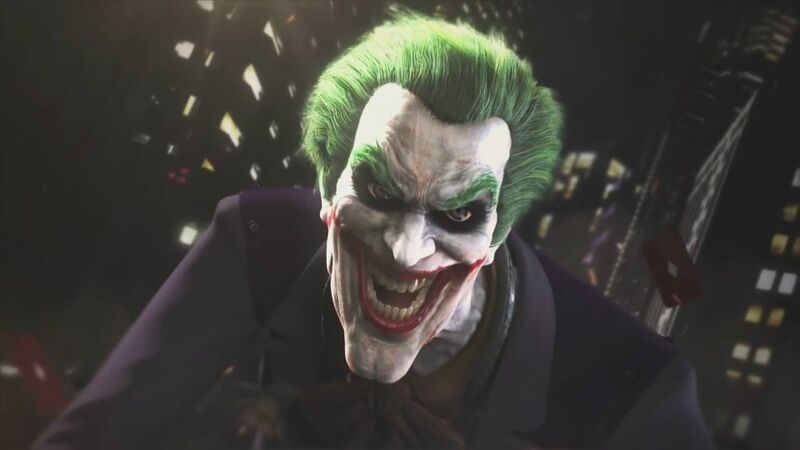 After a long day of the 9-to-5, there’s nothing more satisfying than picking up a game controller. Personally, I prefer a good fighting game. Beating the living snot out of a virtual opponent can be very gratifying. Any fighting game will do in a pinch, but typically I favor something with superheroes. There’s nothing more enjoyable than pummeling some of the most iconic trademarked characters. Here are some of my top picks for superhero fighting games:

X-Men: Children of the Atom

Players could choose from various X-Men including Cyclops, Colossus, Iceman, Wolverine, Psylocke, and Storm or iconic villains like Magneto, the Juggernaut… and… well some lesser known characters like the Silver Samurai, Spiral, and a Sentinel robot.

The game used the voice cast from the then-current X-Men animated series, so hearing their voices is an added delight. Any kid who grew up in the ’90s still hears the voice of Cathal Dodd as the voice of Wolverine, and having him do the voice in this game was a nice touch.

It had excellent gameplay, amazing super-moves, and it was true to the source material. It was hours of fun and thanks to the recognizable voice actors it was like you were playing out an episode of the coolest non-Batman Saturday morning cartoon of the time.

If the owner of your local arcade was a massive a-hole and ramped up the difficulty setting on the arcade machine, you were dumping a lot of quarters into this one.

Also, the selection of villains wasn’t that great and many of the characters followed a similar ninja theme. The inclusion of the Sentinel always seemed like the least interesting addition. They might as well have called the character “generic villain” and called it a day.

With the success of X-Men: Children of the Atom, Capcom started developing more Marvel-themed fighting games. There was Marvel Super Heroes, which added many of the publisher’s most famous non-mutants but wasn’t a big change from X-Men: Children of the Atom. Next, the devs started mashing up Marvel with various Capcom properties with both X-Men vs Street Fighter and Marvel Super Heroes vs Street Fighter. However, they didn’t really hit their stride until Marvel vs. Capcom.

This really opened the floodgates of creativity. Not only were they mashing up characters from the Marvel Universe, but also the varied and often bizarre stable of Capcom-related properties. On the Marvel side, you had Captain America, Gambit, the Hulk, Spider-Man, Venom, War Machine, and Wolverine. On the Capcom side, there was Captain Commando, Chun-Li, Zangief and Ryu from Street Fighter, Jin Saotome from Cyberbots, Morrigan from Darkstalkers, Mega Man, and Strider Hiryu. A very unpredictable roster.

This game takes a lot of Capcom characters from many vastly different genres, from super serious games like Strider and Street Fighter to more kid-friendly fare like Mega Man. It was just such a crazy idea, and the best part is: it worked incredibly well. Instead of setting up a convoluted plot or explanation for it all, the developers were like, “Here are all your favorite characters! Have fun!”

On top of the lightning-fast gameplay and killer super moves, they also changed things up a bit. Instead of selecting one character who would fight in a best two-out-of-three fight, like Marvel Super Heroes vs. Street Fighter before it, the player could pick two different warriors that they could interchange in battle. They were also able to select a third character who could offer assists during the fight.

I’d say that the only thing that this game was lacking was variety. On the Marvel side of things, there wasn’t a very good balance of heroes and villains to choose from. On the other side, the Capcom side was a little dependant on characters from Street Fighter to pad out the selection. I suspect the fact that they were catering to more recognizable characters is what really hurt this game.

Speaking of recognizable: The final boss at the end of this game was Onslaught, which really dates this game. While Onslaught was a big deal at the time Marvel vs. Capcom was first released, the Omega-level mutant hasn’t done much in the last 20 years. It’s too bad Marvel Vs. Capcom‘s final boss didn’t have much staying power.

Injustice: Gods Among Us

This game was put together by NeitherRealms Studios, the group best known for the brutal Mortal Kombat franchise. The developers took the amazing game dynamics of recent Mortal Kombat titles and made it work with DC’s roster of superheroes.

Injustice follows the Justice League as they venture into a parallel world where Superman has become the dictator controlling Earth. There are a ton of playable characters in this game: Superman, Batman, Joker, Aquaman, Wonder Woman, Harley Quinn, Captian Marvel, Green Lantern, Lex Luthor, Green Arrow, Sinestro, The Flash — just name any one of DC’s most iconic characters and you’ll find them in this game.

Like I said, there are tons of characters to choose from. Do yourself a favor and grab the Ultimate Edition on current consoles to avoid grabbing them all as DLC. It’s an impressive roster (which makes one excited for the Injustice 2 roster on the way.) Not only are there many fighters to choose from but there are also variant costumes available allowing multiple versions of the iconic heroes and villains.

The combo moves in this game are also quite amusing to watch. With characters that have god-like strength and durability, it’s fun to see that played up in combo moves. From watching the Flash zip around the world to punch out his foe from behind to Superman knocking you into the outer atmosphere to (my favorite) Solomon Grundy pulling a tombstone out of his stomach and smashing it over somebody’s head, there is a lot of inventiveness put into the fighting moves.

Injustice suffers from the same problems that DC Comics’ various movies suffer from — being too dark and gritty. Which, I am sorry, if you’ve read my Midlife Crisis articles, then you know that the majority of the characters that come from DC Comics were always goofy. No matter how much dirt and grit and pathos you add to these characters, they’re still silly people with star-spangled underwear, magic decoder rings, and garish costumes. These characters weren’t meant to be gritty. It doesn’t work. Stop it. Making this game dark and grim sucked all the air out the story mode.

Also, sadly, because none of the DCL characters are included in story mode, the battles can get repetitive since you’re always fighting the same handful of characters.

Following 2000’s Marvel Vs. Capcom 2, the two companies didn’t team up again until 2011. Marvel and Capcom long-awaited collaboration resulted in this bad boy, and it’s beautiful in every way. Everything that was great about the Capcom fighting games was improved a million times over with Marvel Vs. Capcom 3. It has all the chaotic combat that makes Marvel Vs. Capcom 2 a hardcore tournament favorite — only MVC3 has better fan service and a deeper roster. That badass roster got even better when expanded in Ultimate Marvel Vs. Capcom 3.

The selection of characters is phenomenal. With 36 different characters to choose from, the game offers much more diversity. Marvel’s side covers characters from the Avengers, Guardians of the Galaxy, the X-Men, Hulk, Spider-Man, and many other corners of the Marvel Universe. There is also a great cross-section of heroes and villains that players can choose.

The Capcom faction includes characters from practically every genre out there. You have fighters from Street Fighter and Resident Evil rubbing shoulders with niche favorites like Phoenix Wright, Viewtiful Joe, and freakin’ Arthur from Ghosts ‘n’ Goblins! With three-on-three combat, you can have Dante from Devil May Cry shred on his guitar while Wolverine slashes through your opponent and Dormammu opens a hellish portal of destruction.

All this surrounding a very simple plot: The villains of both worlds start crossing over and start fighting the heroes. To add an extra bit of drama, Galactus shows up to try and eat both worlds and you have to stop him.

Honestly, not a whole lot, beyond one big Marvel blind spot. Two of the playable Marvel villains are Doctor Doom and the Super-Skrull, and yet you can’t play as a single member of the Fantastic Four. Lame.

In 2014, Marvel teamed up with Kabam! Entertainment and resulted in the mobile fighting game Contest of Champions. To be honest, I am not a fan of mobile games. Most of them, especially the licensed games, are Free-to-Play but with irritating paywalls. Despite that, Contest of Champions is actually very good.

The game is pretty straightforward — The Collector pits various heroes and villains from across the multiverse against each other. That’s basically it. On top of a story mode, there is also a PVP mode. Contest of Champions is filled with tons of incentives to fritter away time playing it, all the while trying to tempt you into opening your wallet.

As far as Free-to-Play games go, Contest of Champions isn’t as focused on in-game purchases as you’d think. It’s a long slog trying to build your characters up or recharge sufficiently to keep on playing. Sure, you could rack up debt on your credit card trying to get the best characters, but it’s not the central focus of the game. The fact that most other Marvel mobile games that came out around the same time have since folded (Avengers Alliance comes to mind) is proof that you can charge money for people to play a game, but can still make it fun for people who don’t want to spend a dime.

Guillotine is a character created especially for the game. She has to be the cheapest opponent in the app. This is because her primary weapon is a massive sword. This gives her character the unfair advantage of having extra reach. She is the only playable character that carries her weapon all the time. Not even other sword-carrying characters in this game use their swords unless you’re doing a special attack. If you’re facing an opponent who is even the slightest bit stronger than you, expect your fight to be a frustrating experience.

Even though it’s relatively reasonable, the fact that paywalls exist makes my blood boil. If this is the future of gaming, you can count me out. I’d rather spend $60+ on a complete game that awards me based on merit rather than how much extra money I am willing to throw down on it.

As a mobile game, it’s not really all that complex. Instead of mashing buttons, you are basically tapping a screen hoping you tap it enough times to deplete your enemy’s energy bar before they get yours. This leads to some even more monotonous gameplay than your average fighting game.

Making a great fighting game isn’t rocket science. You don’t need a complicated story, just something engaging and fun that the player doesn’t have to think about. After all, it’s a fighting game, not an RPG.