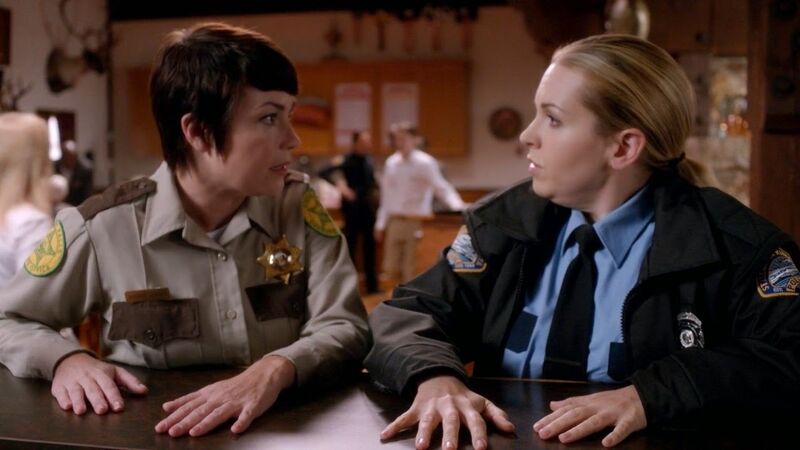 Update: We totally called it – a spin-off series based on the Wayward Daughters will hit the CW, with an episode of Supernatural‘s 13th season set to serve as the new show’s pilot episode. So far only Kim Rhodes has signed on to return for her role as Sheriff Jody Mills, but it’s still early days. Read more about the upcoming spin-off, Wayward Sisters, here.

The CW’s Supernatural is in deep and dire need of a spin-off. Currently on its 12th season, Supernatural has built so much lore that it deserves the chance to be explored beyond the Winchesters. You are probably gasping right now because what is Supernatural without the Winchesters? Well, wouldn’t that be interesting to find out?

In 2014-15, Supernatural tried to create a spin-off series called Supernatural: Bloodlines. The CW created the season nine episode “Bloodlines” as a backdoor pilot of the show, but it never came about. This was mostly because fans complained that it was boring, unoriginal, and basically a Romeo & Juliet with fangs. Despite The CW failing to pick up the pilot, the network stated that they were still open to the idea of a Supernatural spin-off. So here are five Supernatural spin-off shows that fans would actually love.

A Wayward Daughters, or Wayward Daughters Academy, spin-off would revolve around Jody Mills raising Claire Novak and Alex Jones. The show could even include Donna Hanscum in some guest appearances. Since Jody Mills is the local sheriff, they could secretly deal with the monsters within their town limits, so that Sam and Dean can focus on their own problems.

This spin-off has its own fanbase and fans have even petitioned for the Wayward Daughters to be created. It sadly hasn’t happened yet, but there is always hope. Kim Rhodes, who plays Jody Mills, and Briana Buckmaster who plays Donna Hanscum created an online campaign selling t-shirts promoting the Wayward Daughters Academy idea that fans came up with. The campaign eventually turned into a charity campaign to raise money for Misha Collins’ Random Acts. So, if the leading ladies are up for it, what’s keeping this show from kicking off?

Supernatural has been accused of killing off all of their female characters, so this spin-off would give the fandom the female perspective we’ve been craving. And although I don’t believe that Supernatural is killing all of their female characters off on purpose (everybody dies on that show you guys!) it would be nice to see Jody raising Claire and Alex while beheading vamps after her lunch break.

A Men of Letters spin-off would focus on the order as it was back in Henry Winchester‘s time. The show has gone back in time on multiple occasions so it’s not new territory for the writers, and they already have the bunker set that they’ve been using since season eight. They’d just have to freshen it up a bit and clothe the characters in ’50s period pieces.

I think this would be a very cool spin-off because we’d see the dynamic between Hunters and Men of Letters that Henry Winchester hints at in the season eight episode “As Time Goes By” when he calls hunters “apes”. Now that we know that there’s also a British Men of Letters, a spin-off show could explore any ties between the American and the British orders. Maybe there are even other Men of Letters locations around the globe (Aussie Men of Letters, anybody?). Really, there are a lot of things that writers could do with this, and a lot of Supernatural fans who love the time travelling episodes and the Men of Letters would enjoy this as a spin-off.

This isn’t really anything in specific, but just a concept. If you’ve seen Being Human (UK or US version) you’d know what I mean by a Hunter/Monster ensemble show. It doesn’t necessarily have to be about different monsters living under one roof, it could just center around a group of hunters or monsters or maybe even both.

A show like this would be interesting because Supernatural has never been an ensemble show; it will always be the Sam and Dean show. But the spin-off could be about a clan of vampires or werewolves trying to survive in a world with bigger, badder monsters and how that affects them on a daily basis. Or it could center around a group of hunters so that we see what hunting is like when you’re not a Winchester. This is kind of like what Agents of S.H.I.E.L.D does compared to the Marvel Cinematic Universe. The show could easily reference Supernatural and maybe even have the occasional cameo.

When creating the atmosphere for Heaven, Hell, or Purgatory, it’s important that the viewer can easily identify the look and feel of each place. In the past, Supernatural has done this well, but their main problem in more recent seasons has been in making Angels and Demons too powerful. With this spin-off, the writers will have to dive deep into the lore to give angels, demons, and the monsters in Purgatory interesting storylines as well as a biblical sense to them.

In the season six episode “Frontierland“, Sam and Dean travelled back to the Wild West. There, they meet the famous Samuel Colt, the creator of The Colt, a weapon believed to have the power to kill anything.

Samuel Colt was a real person, though he didn’t fight demons and ghosts. In the real world, he was the inventor of the Colt revolver and founder of Colt Firearms Company. In this spin-off, we would follow Colt’s journey as a Hunter in the Wild West. Instead of just dealing with demons and ghosts and vampires and everything from the Supernatural universe, it could take a more historical perspective. The writers could use Samuel Colt’s real history but just add in a few Supernatural twists. It would be entertaining and it opens up the Supernatural world to a broader audience. 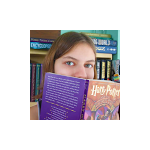 Savannah Aleksic
Savannah.Aleksic
Savannah Aleksic is basically just a big nerd known for spending time in front of the TV either playing video games or watching her favorite TV shows. When she's not doing that, you can find her with her nose in a NYT Bestseller or typing up the next great American Novel.