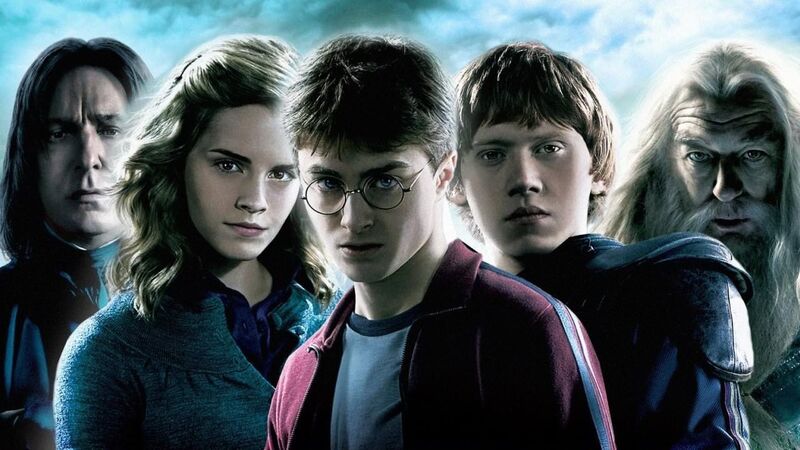 J.K. Rowling’s wizarding world took the real one by storm. Focussed around young Harry Potter, it followed the struggle against the sinister forces of Lord Voldemort and his Death Eaters. But there are some – usually minor – plotholes in the saga which fans have been eager to fill in with theories all their own.

Although some tend to be overly convoluted or quite ridiculous – like the idea that Ron travels back in time to become Dumbledore and create the Order of the Phoenix – there are a few that make perfect sense. And while none of them are canon, J.K. has tipped her hat to a lucky few. One lucky fan managed to hit the target and uncover plot elements that didn’t make it into the books or films.

Why The Dursleys Hated Harry

In The Philosopher’s Stone, we get a brief glimpse of the pre-Harry Dursley family. Admittedly, they are somewhat rude and brusque but not really that bad overall. So it’s a big stretch from slightly rude to locking a child under the stairs. But there could be a very good reason for that.

In The Deathly Hallows, the three brave teens manage to secure the locket of Salazar Slytherin, one of Voldemort’s Horcruxes. Merely being around the cursed object changed Ron from warm and friendly to aggressive, confrontational and eventual abandonment. We also find out – towards the end of the same book – that Harry carries part of Voldemort’s soul inside himself as a living Horcrux. Being around a Horcrux for eleven years moved the Dursley’s from rude to evil.

And for those who are crying about why Ron and Hermione weren’t affected, they had regular breaks from Harry during school holidays. And it was Ron – who spent several summers and more time with Harry – who left when Hermione stayed.

The First Book Foreshadowed The Rest

J.K. Rowling really knows how to weave a great story, and this next theory shows just how much. Back in the first book, the young wizards encounter several tests between themselves and the Stone. The theory goes that each test foreshadows one of the later books.

First is the living plant, Devil’s Snare, which only attacks struggling victims. In The Chamber of Secrets, the Whomping Willow attacks Ron and Harry after they crash into it. Next are the flying keys and broomsticks to foreshadow the Quidditch match in The Prisoner of Azkaban when Dementors swarm the pitch. Third, is the chess match reminiscent of the graveyard – a puzzle leading to death like the maze in The Goblet of Fire.

Although Quirrell took care of the troll, Grawp – Hagrid’s half-brother – appears in The Order of the Phoenix. Up next is the potions puzzle which is matched in The Half-Blood Prince by Professor Slughorn’s secret with Voldemort and Snape’s old potions book. Last, of all comes the Potter/Riddle faceoff which is repeated in The Deathly Hallows.

Crookshanks Was The Potter Cat

Revealed in a letter from Lily to Sirus in Deathly Hallows, the budding Potter family had a cat which disappeared following the events that crippled Voldermort and orphaned Harry. Some readers supposed that he eventually found his way to the Magical Menagerie. Then Crookshanks joined the gang after Hermione adopted him. As part Kneazle – a magical and highly intelligent breed of cat – it explains her appearance and ability to recognise Pettigrew as an Animagus.

Amazingly, Rowling confirmed this on her personal website though it has since been taken down. Still, the person who originally came up with the idea is pure genius.

Harry and Sirius Are Blood Relatives

Ron once said that all the pure-blood families were interbred from lack of magical blood. This is why the Black’s, Malfoy’s and all the rest are interconnected. Some readers realised that the Black family tree included a Dorea Black who married Charlus Potter.

The pair then had an unnamed son together. This theory was eventually put to rest by the Pottermore site when James’ parents were named as Fleamont and Euphemia. Harry’s grandparents were then Henry (nicknamed ‘Harry’) Potter and an unnamed wife with the surname Fleamont. But somewhere in the family trees, there has to be a crossover between the Black’s and the Potter’s.

Neville has always been iconic as accident-prone and bad at magic. Although the clumsy might just be natural, his wand is another story. Ollivander said that the wand chooses the wizard, but Neville didn’t go to the wand shop when he enrolled in Hogwarts. Instead of picking out his magical partner, Neville was given his father’s wand instead. Although most wizards can use other wands, it is less easy than using the one that chose them. After his wand is broken in the Department of Mysteries, Ollivander sets him up with a new one, and his magical aptitude mysteriously picks right up.

Arthur Weasley Was Under The Imperius Curse

One of the rules of warfare is to undermine the lower ranks of the army. All of the higher ranks in the Ministry of Magic were untouchable, so the Death Eaters went after the newer people. Arthur Weasley was a pure-blood with a knack for magic and also with an understanding of the Muggle world, making him the perfect soldier for the inevitable Muggle-Wizard war.

When Voldemort fell, Mad-Eye noticed how peculiar Arthur was acting and undid the curse, leading to the glorification of Moody amongst the Weasley family. And it also explains why – amongst other Death Eaters with the same excuse – Arthur hates Lucius Malfoy for claiming to be under the Imperius Curse. One final piece of evidence is Barty Crouch Jr. who – disguised as Moody – responds to Ron’s identification of the curse with “Ah yes. Your father would know that one”.

Harry, Snape, and Voldemort Are the Three Brothers, And Dumbledore Is Death

A story-within-the-story is The Tale Of Three Brothers. In it, the three Peverell brothers encounter Death and are given gifts. The eldest brother, Antioch – paralleled by Voldermort – asks for the Elder Wand, stronger than any other. The middle brother, Cadmus – or Snape – gets the Resurrection Stone and is obsessed with his dead love who he never had before she died. And the youngest brother, Ignotus – Harry – was given Death’s own Invisibility Cloak. And Dumbledore?

The Tale Of Three Brothers goes that the Invisibility Cloak hid the youngest brother from Death until he took it off. Then he died and greeted Death as an old friend. In the Battle of Hogwarts, Harry sneaks into the Death Eater’s camp under his Cloak. Then he removes it so that Voldemort can kill him. And in the limbo afterward, who is there to meet him? Dumbledore. Though not actually canon, J.K. Rowling likes the idea.

Dumbledore as death. It's a beautiful theory and it fits. https://t.co/QqTQm2QnI0

Considering the sheer power of the magical world, why exactly do the wizards have to hide? What if they already had a war with Muggledom – probably back in the times of witch-hunts – and lost?

Wizards of the age are also significantly weaker than their predecessors. Even Dumbledore – the greatest wizard of his age – is far inferior to Hogwarts founding four, the legendary Merlin and especially the Perevell brothers.

It does make sense, especially considering the modern age. Muggles have guns, sniper rifles, facial recognition, and telephones. Even if Voldemort had continued his reign of terror, the Muggles would outnumber wizards by the thousands.