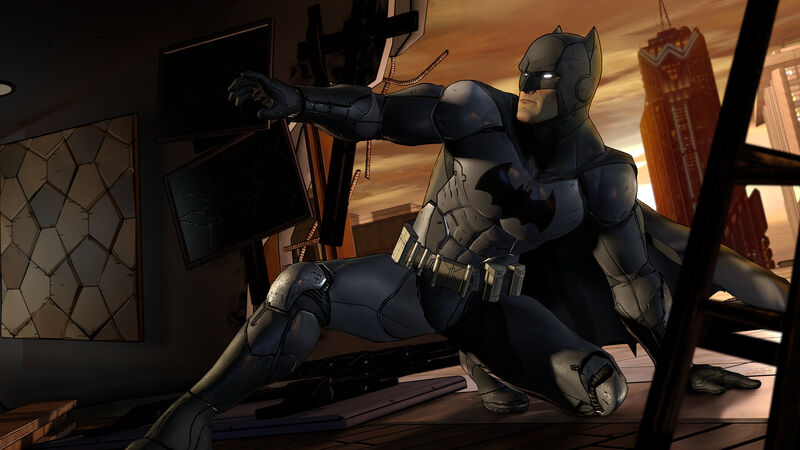 ‘Batman – The Telltale Series’: Secrets From the Episode 2 Trailer

Batman – The Telltale Series is going strong just two episodes in. After a well-received debut episode, the second in the season has now hit PS4, Xbox One, and PC, with more platforms to follow. And you can get a nice preview of what’s in store for Bruce Wayne in the trailer below.

But maybe that minute of footage isn’t enough to tell you what’s going on in the second chapter. If that’s the case, let’s go moment by moment through the biggest teases and reveals to figure out what’s really going on in Batman – The Telltale Series.

Who Was Thomas Wayne Really?

The first episode ended with doubt being cast on the legacy of Thomas Wayne, Bruce’s respected father. Thomas was always cast as a good man in most comics, but Telltale is throwing that into doubt this time around. Could rumors of Thomas’ crime connection be true, or is this a trick like comic readers saw in storyline’s like The Long Halloween? Having Batman’s father be anything less than an inspiration for Bruce is a major change for a non-Elseworld Batman adventure.

Back to Crime Alley

The death of Batman’s parents has been recreated so many time before, so why is Telltale going back to the beginning of Bruce’s war on crime? Is there some new wrinkle to this seemingly mundane robbery? Does this tie-in to the rumors about Thomas Wayne? Certainly mobster Carmine Falcone thinks so, as he alleges that the death of the Waynes was no random act, but a hit on Thomas Wayne himself.

The Penguin Is Here, But Not the Same

We met Oswald Cobblepot in the first episode, but the handsome gent was a bit younger and fitter than he appears in most Batman works. And Telltale’s Penguin seems much more into the online threat of folks like Annonymous. And based on his words, he seems to think the violence he’s causing is somehow justified. He’s out to destroy the elites of Gotham, including the Waynes. And he’s got help.

Who Are The Children of Arkham?

Backing up Oswald looks to be a violent group out to disrupt Gotham’s current mayoral election. What’s their relationship to the old mental institution? And why do their masks remind some fans of Batman villain The Scarecrow? They certainly seem to have a gas that affects people’s minds.

The heavyweight of the Children of Arkham is a deeper cut from Batman’s Rogue’s Gallery. This big beast is Blockbuster. In the comics, he’s known for being brutal, tough, and surprisingly cunning. If Batman wants to get at The Penguin, he’ll have to deal with Blockbuster first.

From their first meeting in Episode One, Bruce and Selina seem to have a romantic connection. Despite them being on opposite sides of the law, shots like the one above seem to imply they’ll be more than crimefighting partners as the series continues. In fact, after their fight in the bar, Bruce and Selina seem closer than ever.

How Secret Is That Identity?

The trailer concludes with Batman confronting Penguin as he holds Harvey Dent hostage. Only Batman has clearly been in a fight that has damaged his mask. After all the warnings Alfred gave Bruce about being careful with his dual identity, will his partially exposed face make it obvious to people like Oswald that Bruce is Batman? And will Batman be able to save Harvey in time? Or will have to choose to save Catwoman instead?

All those questions and more will hopefully be answered in the next episode! Stay tuned to find out, same Bat-time, same Bat-channel!