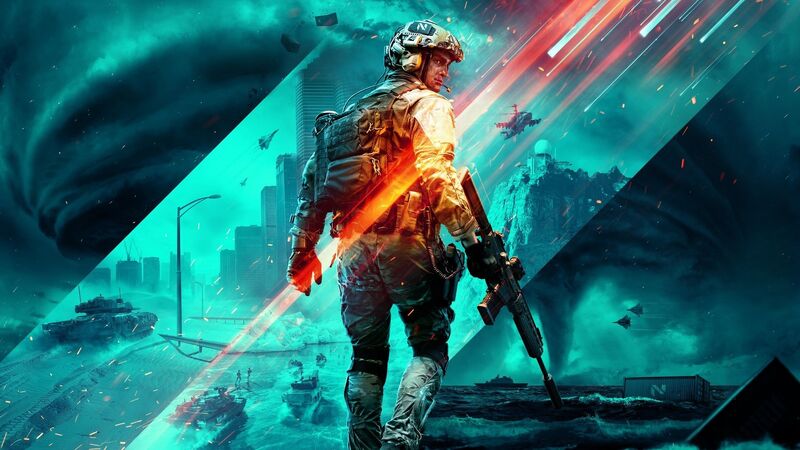 ‘Battlefield 2042’: Squads Based on Your Favorite Fandom

“Battlefield 2042” finally has boots on the ground. The long-awaited entry in the Battlefield series is introducing a lot of new elements including a full roster of specialists. These 10 unique characters each boast a distinct trait and specific ability, making for a plethora of memorable squad pairings. So if you’re looking to find your perfect squad, maybe we can give you some recommendations, based on your favorite fandoms, of course.

Katara → Maria Falck: A gifted healer, both with waterbending and with her words, every group needs a reliable medic and morale booster. Maria can be yours!

Sokka → Casper: Strategic, versatile, and equipped with a drone (boomerang), Casper’s movement sensor makes him a battle-ready addition to the squad.

RELATED: Buy your copy of Battlefield 2042 from Fanatical, because they are a part of Fandom!

Villager → Irish: As Villager, there are a lot of things you’re itching to do when you first get started, but perhaps none more so than…setting up your home! Irish’s Fortification System and added armor fall in line with Villager’s priorities to settle in and make yourself at home.

K.K. Slider →Webster: A bit of a free spirit with a radically cool tool (grappling hook/guitar)? You bet! Webster is a nomadic soul, swinging from one righteous gig (battle) to the next. K.K., meet your militaristic match.

Isabelle → Ji-Soo Paik: Isabelle is the eyes and ears of the town. She knows the who, what, where, when, how, and why of every villager. It only seems right that Ji-Soo Paik, the perceptive, wall-seer-througher falls in line with her.

Tom Nook → Angel: Could it really be anybody else? Tom is the raccoon with endless resources. He’s your go to for tools, clothes, decor, and more, so naturally, your AC squad would want a specialist that can help restock, resupply, and customize your warfare experience.

Midoriya → Webster, Dozer, Casper: Is this cheating? Maybe. But Deku is on his way to becoming the No. 1 superhero by gaining all the quirks he has like One for All (incredible combat strength), Blackwhip (perfect for grappling), and Danger Sense (alerting him to oncoming enemies).

Todoroki → Dozer: Todoroki is first and foremost a powerhouse. And while it’s not easy to find a specialist that encapsulates his balancing of opposites, Dozer’s powerful melee tool and resistance to explosive damage hints at Todoroki to me.

Bakugo → Sundance: While Bakugo may not be flighty like Sundance, his unique quirk to create explosive blasts in an array of ways fits nicely with Sundance’s smart explosives which provides a multitude of options when facing an enemy.

Uraraka → Navin Rao: Hacking an enemy’s gear to destabilize their approach is a distinct skill that Uraraka’s quirk also does, in a roundabout way. Removing someone’s use and control of gravity is a surefire way to render them useless (in most cases) and Navin’s ability makes him the king of undermining.

Jerry → Casper: Here’s the thing about Jerry, he’s a very particular kind of man. He likes things how he likes them, and when one of those things is off (think man-hands), he can spot it from a mile away, unable to see anything else, just like Casper can with his Drone and Movement Sensor.

Elaine → Ji-Soo Paik: Elaine is the most intelligent and accomplished member of the gang. Her insightful and deliberate approach to life feels very Ji-Soo Paik, but also her aggressive and reactive responses when things go wrong, adds up to how Ji-Soo can triangulate where enemy fire is coming from. But the big question is, does she do the little kicks when she dances?

George → Webster: Costanza is many things: architect, marine biologist, assistant to the traveling secretary at the Yankees, but above all…he’s manic. Like Webster’s grappling hook and increased ADS speed, George is swinging and bursting through life with reckless abandon trying to find anything to satisfy him.

Kramer → Angel: Cosmo Kramer is the man with a million side quests. He’s always got some buddy that can help you find something, some idea to change the world, or some plan to make a buck. Angel is seemingly the most well-connected specialist with options to help you change your loadout, armor up, or get more ammo. Just call him Dr. Van Nostrand.

Frodo → Ji-Soo Paik: With the one ring in his possession, Frodo has the ability to transcend our plane, able to perceive enemies in a new way. Paired with Sting, which alerts him when orcs are nearby, Ji-Soo Paik encapsulates so much of that enemy sensing and plane-shifting.

Sam → Boris: The ever-faithful Samwise is a portly, loyal hero worthy of all the love we can give him. Though not accustomed to all-out warfare, he holds his own. On top of being a more stout soldier, Boris utilizes a turret to do much of his fighting (akin to a frying pan, maybe?) and has a jovial energy about him.

Merry → Angel: While it may not be immediately obvious, Merry is one of the most resourceful, well-connected, and wise hobbits in the Shire. Knowing shortcuts to avoid dangers, guarding Bag End and Frodo, and assembling gear and ponies for the others are only some of the things he’s done. Angel is a fitting representation of the ever-prepared and resourced Merry.

Pippin → Webster: While Pippin has a pure and courageous heart, he’s also a bit immature and inexperienced. He tends to rush headlong into things, like stirring the goblins in Moria and taking the Palantir, making him aligned with the more speedy and darting Webster.

Edward → Ji-Soo Paik: Try to contain your teenage screams, but this one is pretty easy. Ji-Soo Paik emulates Edward’s ability to read people’s minds and can perceive them through walls. Kinda vampiric?

Bella → Dozer: This one is sort of a stretch, but Bella’s ability to shield her mind from mind-reading and psionic attacks means she’s reppin’ my man Dozer and his riot shield.

Jacob → Irish: Are you still fighting the urge to scream like a 14 year-old? Look, Jacob is all about protection. Protecting Bella, his tribe, and eventually Renesmee. Irish has the fortification systems and an added layer of armor that you might reasonably tie to a lycanthropic form…maybe…kind of.

Charlie → Casper: My man Charlie is a bit of a loner out there. Likes to keep to himself, while keeping an eye on everything as the sheriff. Casper’s abilities favor a more distant, hands off approach to warfare. I have to imagine that Casper’s sporting a mustache under his ghillie suit.

No-Face → Angel: Abounding in seemingly limitless wealth and resources, No-Face and Angel seem to share the same capacity to provide. Though I can certainly vouch for Angel’s ability to provide you with means that make a difference and not dirt.

Sophie → Maria Falck: Sophie is so many things throughout the course of her adventures. A cook, a cleaner, she even plunges deeply into the world of wizards and magic. But above all, she heals and unites. She helps Howl  overcome his fears, she helps Calcifer burn brighter, and even forgives and helps the Witch of the Waste for the curse. Her and Maria are both the glue that keeps their squad functioning smoothly and healthily.

Mononoke → Casper: San hates humans, preferring the company of her Wolf family and the forest, but she is as deadly as they come. Casper’s hands-off approach with his drone, his enemy movement sensor, his camouflage gear, but his keen combat eye naturally lend himself to the vibes of Princess Mononoke.

Totoro → Dozer: The big, cuddly Totoro is about as tanky as Studio Ghibli gets. Though I could hardly imagine him taking anyone out with a massive frame, he and Dozer’s imposing stature and bold, in-your-face approach make them a fair pair.

Paul → Navin Rao: Paul is a lot of things to a lot of groups of people in the world of Dune, but as the chosen figure and as the cumulative efforts of the Bene Gesserit, he can use his voice to control and change the tide. Navin Rao’s hacking abilities offer a similar ability to get in the mind of your enemy and control an aspect of them.

Duke → Casper: The Duke is a stellar father and leader, but he is also a strategist. Both politically and within warfare, he was a planner. Casper is one to plan his attack and his tactical approach long before ever setting foot in the action. He’s also clearly a man of technology.

Lady Jessica → Ji-Soo Paik: Being a member of the Bene Gesserit and a keen leader, she also utilized the voice and could disrupt the enemies thoughts, actions, and plans. Much like Ji-Soo Paik who can quite literally see through her enemies.

Duncan Idaho → Dozer: Duncan Idaho is your classic bruiser, soldier, warrior. A man built for the fight, skilled in all levels of combat, a deft pilot and fiercely loyal servant of House Atreides. Dozer is your brash combatant, ready to burst into the fight without warning, able to take and give a lasting hit.

What squad will you create? “Battlefield 2042“ releases on November 19th, with early access on November 12th, on PS5, PS4, Xbox Series X, Xbox One, and PC.

Jaren Jolley
Jarenjolley
Writer. Fan. Host of the podcast Every Fan for Himself. Retired Court Jester.