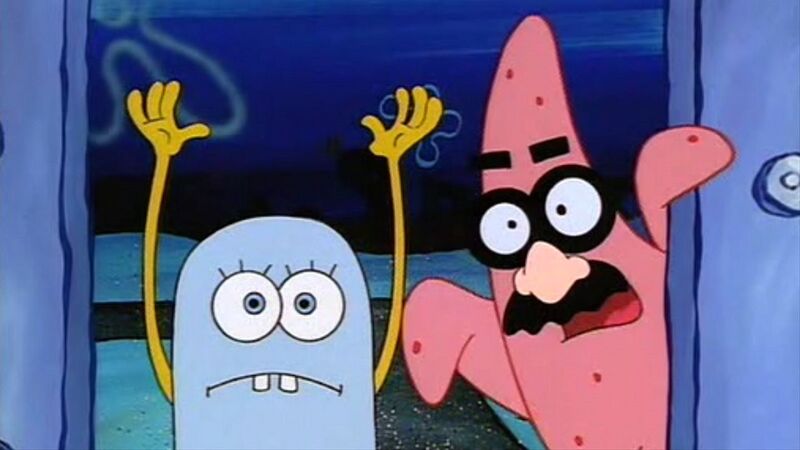 Three things make Halloween a fantastic holiday: costumes, candy, and TV specials. Every October networks air special episodes to help people get in the spirit of the holiday. When it comes to a holiday that children love, though, no one can get kids hyped for a night of tricks and treats quite like Nickelodeon, “The First Kids’ Network.”

It’s Halloween night at the Pickles’ house in episode “Candy Bar Creepshow,” and the babies have only one thing on their mind: Reptar Bars. They’re delicious candy bars molded in the likeness of their favorite dinosaur, Reptar. The only problem is that they have to go to a haunted house. A haunted house filled with spaghetti brains and grape eyeballs (cue scary music)!

Few things are as memorable as going trick-or-treating as a kid. Through the Rugrats, this episode captures the joy, and fear, of the holiday. This episode also built on the in-show popularity of Reptar with the Reptar Bars. The candy proved to be enduring enough to warrant a real-life release in 2017 by FYE, just in time for Halloween.

In the episode “Sugar Frosted Frights,” Rocko and Heffer discover Filburt is afraid of Halloween, so they try and teach him the joy of the holiday. Their plan backfires when Filburt goes into a sugar-induced frenzy and begins to tear apart O-Town in search of candy, ultimately ending up at an old cemetery. Of course, the cemetery is haunted by a local ghost, the Hopping Hessian.

Nick may have canceled it in 1996, but Rocko’s Modern Life has maintained a cult following among fans. With the revival movie coming soon, now is the perfect time for fans to rewatch this special episode. The real cherry to this episode, though, is the Hopping Hessian, which spoofs Washington Irving’s Headless Horseman. Way to reference an American classic, Nickelodeon.

On Halloween night, Arnold and Gerald decide to prank the residents of the Boarding House. They broadcast a fake radio transmission about an alien invasion, but things get out of hand. The host of a local UFO show picks up their broadcast and shares it with the entire city, causing panic. It doesn’t help that Arnold’s classmates dressed as aliens for Halloween, either.

This episode serves as a tribute to Orson Welles’ famous “War of the Worlds” broadcast in 1938. The UFO host is even voiced by the king of Orson Welles impersonators, Maurice LaMarche, aka the Brain from Pinky and the Brain. The nods to the legendary actor, along with the Halloween setting, make for a hilarious special. Not to mention, Arnold and Gerald pulled a great prank.

When SpongeBob gets tired of everyone scaring him on Halloween, he decides to do the scaring for once. So, after Patrick gives him a quick head shave, SpongeBob becomes the Ghost of the Flying Dutchman. The duo tries to scare everyone at Mr. Krabs’ Halloween party, only to incur the wrath of the real Flying Dutchman.

“Scaredy Pants” is classic SpongeBob at its finest. From SpongeBob jumping at everything to people’s confusion at his attempts to be scary, this episode has plenty of laugh-out-loud moments. The funniest moment by far, though, is everybody’s reactions to what’s underneath Spongebob’s costume. Watching the Dutchman and partygoers run away from the sight of Spongebob’s brain is comedic gold.

Following a mishap with one of his dad’s inventions, Dib, and Zim, get sucked into a nightmarish world based on Dib’s imagination. Led by a monstrous version of Ms. Bitters, the nightmare creatures want to use Dib’s head as a portal to the real world. As such, the two rivals are forced to work together to escape the dimension and return home. Meanwhile, GIR is terrorizing kids and stealing their candy.

If you’ve seen Invader Zim before, then you know that it is the darkest Nicktoon to ever air. So you know that the Halloween special is going to be dark and disturbing, if not more so given the holiday. Not to mention, inhabitants of the Nightmare Realm are grotesque and terrifying to look at. The scariest thing, though, is the sight of a bloated chocolate-covered GIR resting on a pile of stolen candy.