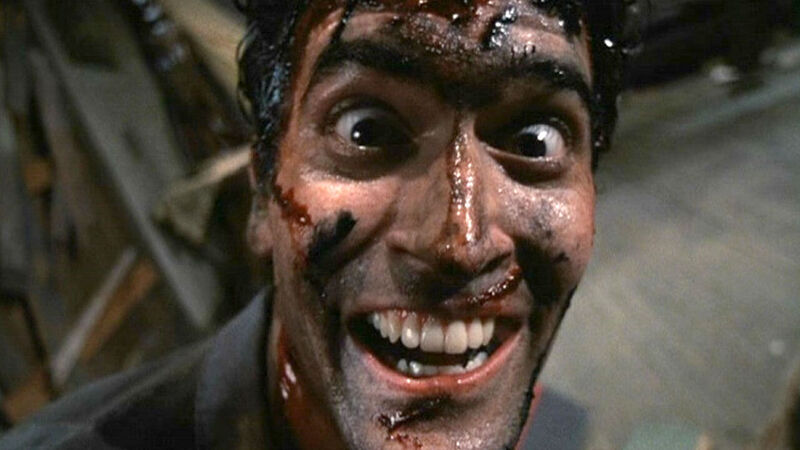 The Catalyst to My Fandom: ‘Evil Dead 2’ Sent Me to Film School

We all have that moment when the right fandom property at the right time changes our course, and we go on to dedicate our life to something. The Catalyst to My Fandom is a place for all of us to share those life-altering moments in fandom. For me, the brilliance of Evil Dead 2 sent me straight to film school.

In March of 1987, I saw Sam Raimi‘s Evil Dead 2 at Brannon Square movie theater in Roswell, Georgia. It changed my day. It changed my life. Because of that movie, I went to film school. To many aspiring filmmakers, the seed for that kind of desire is built out of something rich and wondrous. Ingmar Bergman. Welles. Jean-Pierre Melville. For the fifteen-year-old version of me, it was Raimi’s budding subgenre “splatstick” and its flying eyeballs, blood-spewing animal heads, crawling hands, and relentless lack of pretense.

When a child can boast seeing Jaws in the theater at age five and Alien at age eight it’s easy to wonder about whether it’s healthy for their future. If their parents had thought that process through. The jury is still out on that but it was a glorious way to grow up. Genre filmmaking was in its golden years back then each new classic helped build a foundation towards me wanting to be involved in the film industry. Stacks of 8mm films and VHS home “movies” were a testament to that. It’s hard not to see John Carpenter’s The Thing or John Landis’s An American Werewolf in London and not realize just how malleable and fun genre filmmaking can be. It’s infectious in a really powerful way. In those pre-internet days, the only way to discover and ingest all of these kinds of films was to make pilgrimages to the theater. Or to engage in deep dives at video stores, chatting with clerks and renting loads and loads of awful movies to find the gems. The seeds were already planted but there wasn’t that golden light shining through it all to begin the process.

The Catalyst for My Fandom

The transformation was instant. Evil Dead 2 can be a polarizing film. Upon a superficial glance, it is a poorly-acted and cheesy film. It’s very easy to mistake Bruce Campbell‘s high-wire act of physical comedy and pulpy pathos for bad acting. Upon first glance. Take a closer look and it’s transcendent. There’s a reason why Ash vs. The Evil Dead is a hit. There’s a reason why “The Chin” has published books, done speaking tours, and been a convention rock star for decades. It’s the character of Ash and what he managed to pull off here and in its follow-up, Army of Darkness. Married to Sam Raimi’s kinetic and inventive kitchen sink approach to telling a story, Campbell is operating on the kind of level only fans of Harold Lloyd and Buster Keaton can understand. If any one moment in the film is indicative of what truly connected with me it’s this ridiculous scene:

The real catalyst for my fandom is Raimi himself, though. In 1987 the world hadn’t gotten so cynical. Film was fun and flexible and absurdism wasn’t only accepted, it was rewarded. “Savage” Steve Holland had star John Cusack interact with claymation fast food in 1985’s seminal Better Off Dead. Phil Joanou turned High Noon into a teenage fever dream with Three O’Clock High. There were no rules. Sam Raimi made it possible to dream. The techniques he employed ranged from ancient to merely old, borrowing from Ray Harryhausen and Hitchcock and the Three Stooges. He chose effectiveness over polish every single time. He assumed his audience wouldn’t be repelled by his approach but rather buy into it. Become a co-conspirator of sorts. It was ingenious and it allowed for a film that was transportive and rewarding on levels most weren’t. A brutal horror film filled with gags and an “anything goes” mentality.

Why Evil Dead 2 is so special

The legacy of the Evil Dead franchise is without question. The first film was a ruthless experience built on the donations of dentists and a juicy quote from Stephen King himself. The franchise could still be relevant even if all of the subsequent movies were carbon copies of the original. Instead, Raimi turned the entire thing on its ear with each new installment and as a result, the films are as vital and special today as they were upon release. The fandom has led to a remake, video games, books, toys, and now a successful television series. There’s also a very strong chance that without these films we wouldn’t have a Peter Jackson out there making movies. His Bad Taste and Dead Alive [Braindead overseas] were cut from the same “splatstick” cloth Raimi has woven.

The filmmakers who have been inspired by these films is a laundry list, but just keep this in mind: there’s a line of thought that says that the modern boom in superhero and fantasy films owe a great debt to these movies. Sam Raimi’s Spider-Man movies were a huge step forward in the acceptance of comic book properties on film. His career is built on the back of Evil Dead movies. If Peter Jackson doesn’t make his Raimi-esque movies he never has a chance to make The Lord of the Rings. It’s an intricate puzzle and at the center of it is a crazy film where a guy’s own severed hand kicks his ass and flicks him off.

I graduated high school in 1990 and went to film school in 1992. A crappy film school, but a film school. It was all because of Evil Dead 2. My student film? A 16mm black and white movie about a stop motion monster living in a sink. Since then I’ve spent two decades writing about film and dabbling in the business, resulting in producing credits on a horror film about a killer bear and one about little monsters in the darkness. I think it’s safe to say that an innocuous visit to the theater in 1987 has at least been a catalyst for quite a lot. 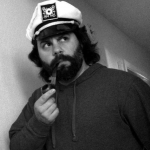