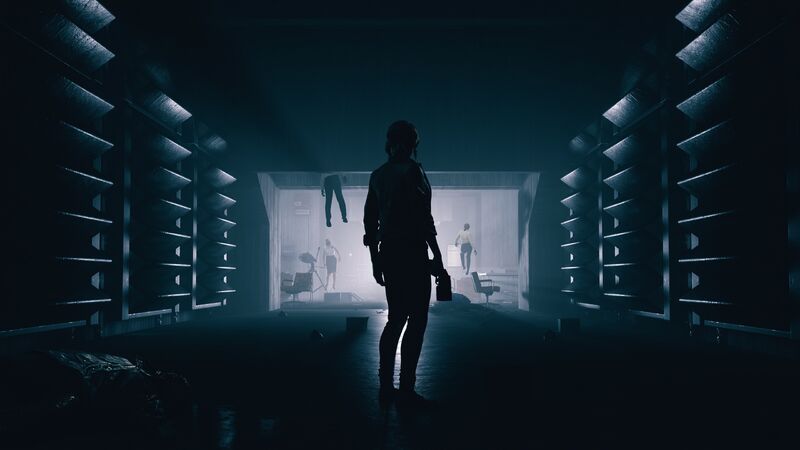 When Remedy Studios’ Control was revealed at this year’s E3, it looked like Quantum Break 2 in all but name. Sure, Shawn Ashmore had been replaced with a female lead, and yes, there was a slightly spookier aesthetic hung over all the pew-pewery, but it largely looked like yet another game where gun-toting players use supernatural powers to fling bits of the environment at enemies.

Or, that’s what we thought anyway. After being shown a longer demo of Remedy’s latest behind closed doors, it turns out that this is much more than a Quantum Break re-skin. In fact, dare we say it, Control actually looks like it could be something of a rarity in modern video games – an action title that’s set inside a genuinely unique-feeling world.

Where Quantum Break was largely a straight-up shooter with some cool-looking time-bending powers thrown in for good measure, it only takes seconds for Control to completely engulf us in its sinister setting. A lot of this comes down to how unapologetically bizarre its premise is.

Players are put in the shoes of Jesse Faden, an agent who finds herself ensnared in a struggle between a mysterious supernatural entity known as The Hiss, and a secret government agency called the Federal Bureau of Control. With The Hiss suddenly and mercilessly consuming the bureau and everyone who once worked there, Jesse is quickly drafted in as the Bureau’s new director. Her mission? To go in and regain control.

Right from the beginning of our demo, it becomes clear that nothing in Control’s world can be taken at face value. With Jesse guided into an eerily still and empty room, a second glance up at the once plain ceiling suddenly reveals a sea of puppet-like corpses suspended in mid-air. With a puppet master appearing and flinging rag-doll like corpses at us, it’s an encounter that feels genuinely unsettling  — like an unnerving nod to Metal Gear Solid’s hair-raising Psycho Mantis.

There’s very little context to any of this, except that, well, this is The Hiss and it’s just a bizarre phenomenon… and that’s before things truly start to get weird in Control. As your surroundings constantly melt and morph into increasingly unsettling new forms, you soon just let go and take it all at face value, lost in the world’s supernatural strangeness. Despite there being many other horror and surrealist games out there, there’s a tone here that, simply put, feels alien to video games. Game director Mikael Kasurinen explains why we feel unable to define it.

“We are very inspired [by] a literary genre called ‘New Weird’, where humans encounter things that are beyond human comprehension. One of the key things that we have in Control is there is this world that kind of maybe early on feels like something that is easy to understand, but once you start to scratch the surface, there are layers to it, there’s this depth and richness and complexity in this world, and the more you learn, the more you start to question the things that you learned before.”

It’s this barebones approach to storytelling that helps you suspend your disbelief and lose yourself in Control’s hair-raising, ever-changing environments.

“There is [intentionally] a sense of contradiction in this world,” explains Kasurinen, ” The building itself seems alive almost, and as it changes and warps and shifts and twists in a myriad of different ways, you have to learn to live in this place, learn the rules and understand what you can do and what you can’t do to be able to survive.”

Yet, it’s not just the constantly morphing environment that keeps Control feeling interesting – the combat looks to offer far more freedom than the disappointingly basic array of powers that were at your disposal in Quantum Break.

“It was one of my key goals to ensure that the combat feels more varied [than Quantum Break]. More complex, more room for improvisation and so on. So, when you look at the different enemies that we create, all of them in the demo even are fully functional and have dynamic behaviours, and they can use the environment as well against you, they can fly as well.”

“We wanted to do telekinesis like nobody else has done before, where you can use the environment as a weapon. So almost everything is destructible and almost anything can be used as a weapon against enemies, and also to be able to defend yourself as well. It was important to us that we use telekinesis in a way that you feel there is this power fantasy, that you feel you’re allowed to master these abilities and then improvise with this very reactive environment to be able to overcome your enemies. The environment… being destructive or being there for you to use as a weapon against enemies, creates fresh, new situations every single time.”

Combat wasn’t the only lesson that Remedy learned from Quantum Break though. Where its last game was heavy on cutscenes ( and even spliced CG with its very own live-action TV show), this time around the studio has opted for a less linear and more gameplay-focused approach to storytelling, leaving the wider lore-discovery in the hands of the player.

“It’s more about exploring and experiencing this world than just telling one single story. There is a main campaign which is all about Jesse becoming the director and dealing with The Hiss, this latest crisis. But then we wanted to show other stories besides that as well, so as you go through this main campaign you will encounter all kinds of different things. And we wanted [these side stories] to be something that the player can choose to pursue if they want, or they can continue forward if that’s what they’d like to do at that time. It was important to us that there’s this feeling of opportunity and exploration.”

Interestingly, Remedy hint that there could well be some multiplayer modes announced for Control in the future.

“There are more side missions, secrets that you can unlock, and then there are also other game modes, other possibilities, which we can’t talk much about yet…  but there’s more gameplay we’re going to talk about later in this campaign before release. So, there’s more stuff than just the main campaign and side missions.”

With the game due to launch at an undisclosed date next year, it’s too early to say whether the gameplay will stay compelling enough to keep Control feeling so refreshing. Yet, based on what we’ve seen so far, it looks like Remedy might be about to release its best game in years.