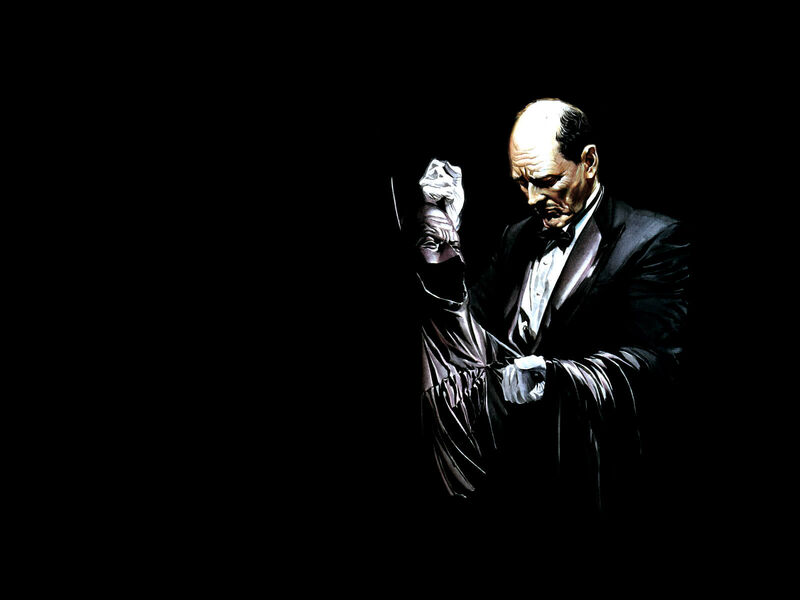 There goes the fastest man alive! And beware the shadows were the Dark Knight lurks. That man behind you? He could be the shape-shifting sole survivor of Mars. We’ve all heard countless iterations of heroes go past day after day. Each one has their own followings, histories and even religions that have sprouted up around them. But no one, not even Bruce Wayne, can get everything done by themselves. These are the unsung everyday heroes behind some of DC Comics’ greatest superheroes.

The Flash — Their Wives

Every hero to bear the Flash name has only been kept in the running with the support of their nearest and dearest. Without Joan’s gentle reassurance, Golden Age Flash Jay Garrick would probably have just fallen back into retirement after a few brief laps. Iris West was always there for Barry Allen even into their sunset retirement before Allen died saving the Multiverse, and her support would remain upon his return from the dead. Iris’ nephew Wally West was probably the most in need of his support system, the intrepid reporter Linda Park. Their love was so strong that it once made the demonic Neron himself weep for his actions. Sadly, the New 52 has erased these speedster connections but some feel like their return is just around the corner.

Here’s a “What if?” scenario comic fans have seen more than once: What would happen if Kal-El had crashed somewhere other than Smallville? Sometimes Superman becomes a homicidal maniac and others he ends up bringing Soviet Russia back to power, showing that without Ma Kent helping drive his good upbringing, the world is a darker place. Lacking her gentle instructions, Superman could have ended up very differently.

Granted amazing powers that equal the gods, Billy Batson only has to utter the wizard Shazam’s name to become Captain Marvel. But for all his strength and all the wisdom that he gains, it’s the boy inside who really matters. His archrival Black Adam is given the same set of powers but they’re rooted in Theo Adam — a criminal. Had the wizard Shazam chosen an adult to wield the powers over Billy, it wouldn’t have ended up anywhere near as well as it did. Captain Marvel may be Superman’s equal but at heart, he’s just a little boy named Billy.

The source of Doctor Fate’s powers and Lord of Order, Nabu mentors those that bear the title of Fate. Operating as a guiding hand and knowing voice, Nabu gives advice and instructions to whoever is currently wearing his creations: the Amulet of Anubis, Cloak of Destiny and Helm of Fate. With centuries more experience than anyone he tutors in modern times, he often grows impatient with what he views as mistakes or wrong decisions. A brief storyline revealed that he had actually been manipulating the Doctors Fate in hopes of taking control of them before Hector Hall dismantled his plans.

From raising the orphan boy to supporting the hero he would become, there isn’t a character in any comic who we could love more than Alfred Pennyworth. Although his choices would lead him to be without a family of his own, his children and grandchildren would present themselves in the form of Batman and his Robins. With skills honed in the army, theatre and medicine, Alfred is the silent partner in Batman and Robin. Maybe he’s not as talented as Zatanna or as gifted as Martian Manhunter but he’s the elderly butler who stood up to Superman – and sent him packing.