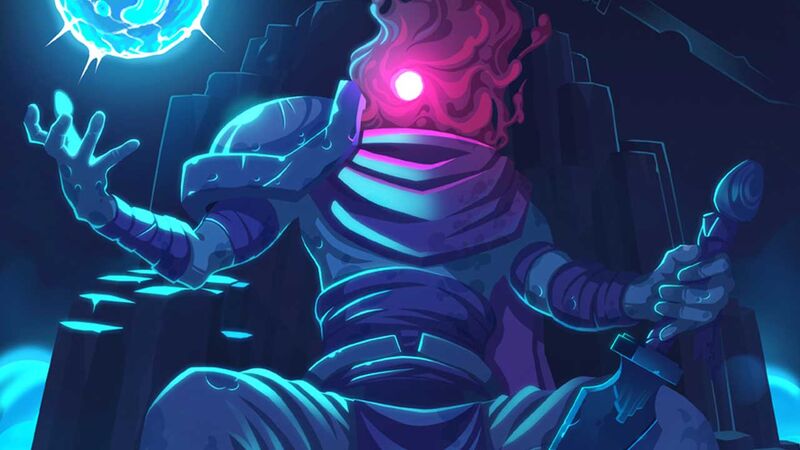 ‘Dead Cells’ Was Supposed to Be in a Different Genre

For many Early Access games, there is but one peak in the hype cycle. It becomes available, it gets attention, and when it actually “launches,” it doesn’t generate nearly the same buzz. Not so for Dead Cells, which has managed to maintain heavy interest all throughout its 10-month Early Access period.

Taking elements of platformers, roguelikes, and Dark Souls combat, throwing in some fantastic pixel art and great music, this is also one of the few games that everyone was completely happy with at the start of the Early Access period. It may have only had two bosses back then, but if they had released the game ten months ago, people would’ve still been happy with it.

Probably not going back further than that, though. Because before Dead Cells‘ current version it was actually a tower defence game.

For Bordeaux-based studio Motion Twin, a release isn’t going to happen until it’s ready. Update after update has come for the game, all well received. And while the team was slaving away in France, we managed to sit down with communications manager Joan Blachere in San Francisco. He told us about the wildly different versions of Dead Cells that we could be playing, if it weren’t for community feedback.

FANDOM: Tell us about the development journey on Dead Cells. It seems like one of the few Early Access games that has managed to maintain hype for an extensive period.

Joan Blachere: It’s been two years in development as the action platformer we know today. A long time before that, we began work on the project. At the time it was based on one of our hit games in France. It was supposed to be a tower defence, multiplayer, puzzle-based, free-to-play game. On PC and mobile. So it has evolved a lot since that time.

That’s how you can still see turrets, they remain from that time.

We had no idea it was so different before. Which game was it based on?

It’s called Hordes, and in English it’s called Die2Nite. It was a puzzle-based game where 40 people were living in a city, with zombies around, and they had to cooperate to survive. You survive as long as you can. It really was a social game, very successful in France.

At what point did you decide to change the direction?

It was way later when we decided to change from tower defence to platformer, and that was also when we decided to do a Castlevania-like. The developers were also used to using procedural generation and permadeath in all of their games. Like a lot of roguelikes use.

And yeah, they were inspired a lot by Dark Souls. By the combat. So they took shamelessly the roll with the invincibility frames. At first, Dead Cells was way more Dark Souls-ish than it is today. Today, it feels way more fast-paced than it was. Back then it was more like, you had to look at the button, take your time, more like Dark Souls 1. But for a roguelike we realised it was more interesting to have fast-paced combat.

But when when we talk about Dead Cells as a Souls-lite, we are just talking about the combat system. Because we don’t want people to think we are going for the same overall experience — that kind of ambience, lore, or heavy, dark story. But the combat system for me is, especially the fact you can die every moment, it’s hard. You have to approach with a certain mindset, or you can be wrecked.

Yours has been one of the longer Early Access periods, and people felt they were getting good value even right at the start. But every pre-release story is different. How much do terms like Early Access, beta, alpha, pre-alpha even matter anymore? It seems like there’s an arms race of terms.

People who buy the game in Early Access are warned. But it can also be like Dead Cells, where we are going into Early Access for a certain period of time… We were expecting eight months, then we end up being in early access… It’s been 10 months, and we’ll be out after 15 months. So, way more than we were expecting. Because we were very influenced by what the community wants.

The wall jump, for instance. Even that wasn’t planned to be in the game. We had to do a lot of the level design again to be able to implement the wall jump. This changed the life of a lot of players. It was community-based feedback.

Dead Cells today is as much the community’s game as our game. But the main thing which makes the difference for me, as for why people thought Dead Cells was worth the money at the start of Early Access, was because it was a vertical slice. Finished quality but reduced playtime.

But how many people even finish the game? For a lot of people, 10-15 hours of good, fun playtime is already good value for the money. So we were doing Early Access right.

Is there anything new you absolutely want to put in the game before the 1.0?

Next update, which is coming really soon, it’s a rework of the upgrade system. The thing is, we did an upgrade system where you could upgrade your favourite weapons one by one. But the problem is you’ll be stuck in one build only. After you upgrade your weapons.

So we want to include more randomness, so they try weapons they will never try. So they are powerful even if they are not upgraded. There will be some legendary weapons you can find in the dungeon, even if you have not upgraded anything.

It will also upgrade weapons by batch, so all the swords, all the close combat weapons, all the bows. So you can find lots of things upgraded instead of one weapon. That’s one thing we really want to nail before the 1.0. That and balancing, quality assurance, and the last 10% of the game is usually what you underestimate.

We are going to work on the user interface too — cosmetic things to make the experience better. And we’re going to release the Mac and Linux versions as soon as we can. These two versions should come in the next two or three months maximum.

Our thanks to Joan Blachere for his time. Dead Cells is available in Early Access for PC on Steam, and will be coming to PS4, Xbox One, Switch, Mac, and Linux later in the year.