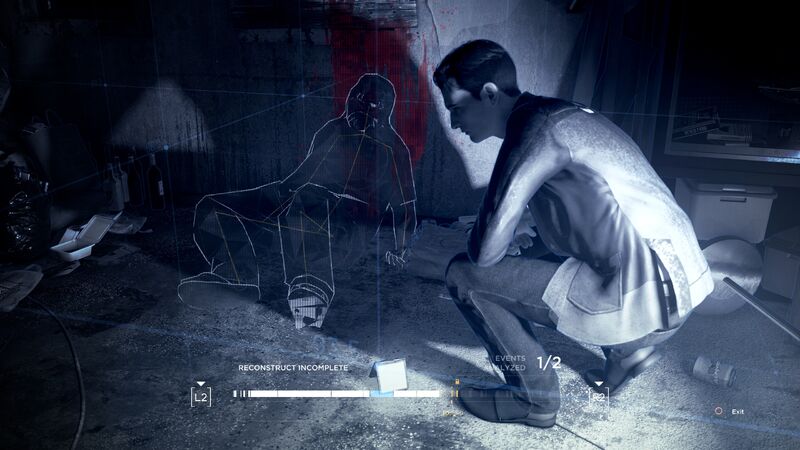 Positioned in the crosshairs of a ‘violence in videogame’s debate that somehow still looms in 2018, a sexual harassment scandal leveled at its creators and accusations of clumsy and heavy-handed alignment with social causes of the era, it’s been far from a smooth marketing campaign for upcoming PS4 exclusive — Detroit: Become Human.

Developed by Quantic Dream under the watchful gaze of divisive auteur David Cage (creator of Heavy Rain and Beyond: Two Souls), Detroit is the latest addition to the portfolio of a creator who strives to produce ‘games with meaning’. A noble cause, for sure. But does Detroit actually live up to its makers’ admirable ambitions?

So far, Quantic Dream’s output has largely amounted to a souped up take on the mechanics of eighties arcade, and later laserdisc, staple, Dragon’s Lair. Like this 80s classic, Heavy Rain is a game that you’d drag your friends over to gawk at the beauty of, but where the actual gameplay didn’t extend much beyond hitting a button at a crucial moment.

Games like The Last Of Us, Life Is Strange, even the Bioshock series, could never be dismissed as unmeaningful, and they had the immersive gameplay to match their ambitious narratives. After these forward-thinking approaches to storytelling in video games, now the parallels Heavy Rain holds with Dragon’s Lair, seem more robust than ever.

Yet, before we dig into whether Detroit: Become Human moves Cage’s vision on, let’s address the horde of elephants in the room. The charges of excessive, inappropriate violence in the game – concerning a quick time event in which a scumbag father physically abuses his young daughter – have been latched onto by tabloid newspapers and even publicly derided by British politicians. Yet, books tackling these themes don’t receive such criticism. Films don’t receive such criticism.

All we can hope is that one day, games become so part of the fabric of our culture that the people who comment on such societal concerns, understand the art form.

Unbelievably, this scene isn’t the only controversial cloud hanging over Detroit. As well as criticisms of the game’s content, there have been claims of real-world sexual harassment over at Quantic Dream too. While deeply troubling, such claims would be more useful being dealt with by the authorities, not here.

Amid all this mess, it would be easy to hate Detroit then. Yet, despite all the difficulties surrounding it, somehow, Cage’s latest is shaping up to be a refreshingly bold and thoughtful step forward for narrative-led games.

And most importantly — one that’s genuinely fun to play.

Where some criticism of Detroit: Become Human is justified though, is based on THAT trailer from E3 2017.  Loosely speaking, this is a game about an android awakening – there’s nods to Blade Runner, Westworld and perhaps most notably, Channel 4’s excellent Humans TV series. Said trailer opens with an African spiritual hymn, appearing to align the suffering of slave-race-androids to the struggles of the civil rights movement, and, more offensively, suggests that for-androids (read, black people), they merely need to ‘rise up’, and not doing so is what creates their suffering, not, y’know, racism.

Oh, and it’s set in Detroit, a city with a history that is woven into the black cause.

In 2017, Cage told Eurogamer he’d “never make a racist game”, something that a man who sees the world through the eyes of a race he isn’t depicting, can never truly promise. Cage later backtracked amid the furious backlash to the trailer, saying the game was just that – a game! – not a comment on world events. What was done to the title between there and now we don’t know, although the then promised release period being pushed back suggests something was.

And yet, unlike the fence sitting Far Cry 5, refreshingly the game that we’ve seen here is very much a game about the state of our world, while not solely being the Androids Lives Matter race allegory the trailer suggested.

“There’s a sci-fi conception at the heart of the story“, says the games’ head writer, Adam Williams, “in that we imagine androids as everyday technology. That allows us to explore all kinds of themes. We ask ourselves, if an android can think and feel, has it become human? If it has become human, what does it mean to be human? We were going back to Isaac Asimov and H.G. Wells, but we wanted to use the sci-fi to ask questions about social division, prejudice, the division in power between those who have it, and those who had not.

As well as doing that, the vessel of sci-fi allowed us to create a kind of underclass, a persecuted class, that didn’t resonate with one group in society, but serves as a general metaphor for those who are treated that way in any culture. For the player coming to the game, they’ll see different resonances…”

This might sound like backtracking. Perhaps there was some reverse engineering. But as we played the game, we were happy to see that big and broad questions are asked about society throughout. The truth is, it is a game about racism, and E3’s highlight real presented that vision in a clunky, offensive way. But what you didn’t see is a game about the rise of AI, about spirituality, about economics, about environmentalism (three hours into the game, you haven’t seen any living animals. What does that mean?), about what it means to be human…

“I’ve had people say to me, ‘the game is clearly about sexism’,” says Adam. “It’s about the eyes you see it through. I’ve had people say, ‘you clearly started writing this after Trump was elected’, but that’s not true [the game was born out of the 2012 PS3 tech demo, Kara, whose story is continued in Detroit]. We’re trying to tell a universal story that will relate to different people in different tiers of any society, wherein players can bring their own perspective to it.

David [Cage] wanted this to be the most interactive story there could be, where peoples choices dictated how the story would play out, so it had to be open to interpretation. It meant the story had to be a kind of mirror to how the player came at it….”

If the game struggles, it does so because of its ambition. It’s trying to say a lot. Sometimes it says it well, sometimes it says it in a way that would be best left in high school philosophy classes. Games may want to deal with such big themes, but to do that needs precise insight; easier done with linear narratives rather than via decision trees.

But, and it’s important this, Detroit is infinitely more fun to play than any other Quantic Dream title. The Detroit the studio have created weeps with colour and imagination, it makes Japan look a bit like Grimsby on a wet Bank Holiday, while the nuance of the story and the decision-making makes you feel like the choices you make have legitimate consequences in a way the studios preceding games didn’t.

Basically, it doesn’t so much feel like you’re in a story, here, you’re writing one.

Detroit: Become Human isn’t a game where you just have to press a button at the right time. There’s a degree of sleuthing and compiling information that is crucial to the gameplay experience. It’s a game where exploration is key. Cutscenes play out with you in them, not watching them. It’s a game that forces you to make decisions and actually live with them. We’re going to have to live with it longer before deciding whether it’s truly great, but it’s certainly not a curio.

What it is, is a game set in an evocative world that is both terrifying and wonderous. You’ll most likely find your time in it deeply rewarding.