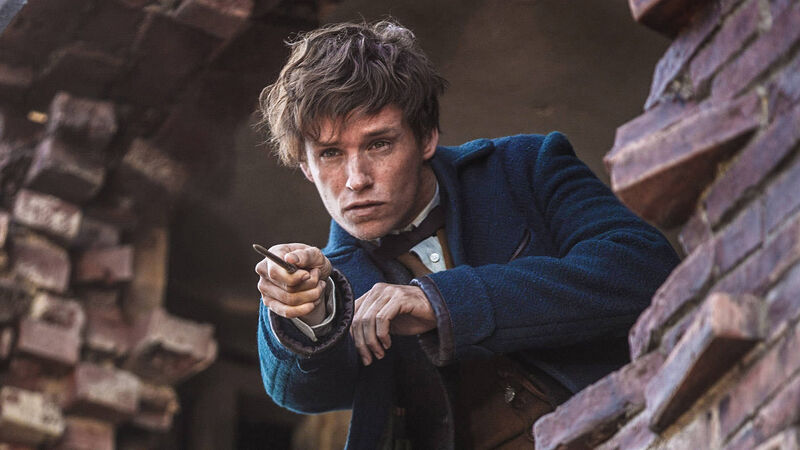 How ‘Fantastic Beasts’ Will Solve its Protagonist Problem

Fantastic Beasts and Where to Find Them is a certifiable hit. Both fans and critics alike praised the Harry Potter prequel. I’m both a fan and a critic of the Harry Potter series, and I’m inclined to agree. Fantastic Beasts is a fascinating expansion of the canon and J. K. Rowling’s mythology. But it isn’t a great movie. David Yates’s direction is drab, and the New York setting wasn’t used to its fullest potential. But the film’s most troubling issue is its protagonist.

Fantastic Beasts is Rowling’s first story written exclusively for the screen, and it’s a very different kind of story than the seven Harry Potter novels. Those stories all had a more languid pace, which was acceptable because they each unfold over the course of a school year. There was plenty of time to let the narrative breathe, and allow characters to grow. In Fantastic Beasts, most of the action takes place in a single day. It is a whirlwind that raises a myriad of questions about its characters. Who are these adults in the wizarding world, and what makes them tick? Two hours and change later, we still don’t know. The movie filled in lots of blanks about magical culture in America, but it neglected to tell a great story about its main characters.

However, the biggest blank left unfilled is Newt Scamander himself. The film reveals a scant shadow of his backstory, but it was no more than a few hints at future installments. We know Newt’s brother was a war hero. We are aware of Newt’s work with dragons. But Albus Dumbledore’s fondness for him was no more relevant to this movie than Newt’s history with Leta Lestrange. He’s a tangential character to the larger story: Grindelwald. Newt’s unlikely heroism will hopefully work in his favor, but we already know that Dumbledore will defeat Grindelwald in 1945. Unless, of course, that isn’t the truth. It’s Rowling’s story to retcon or embellish as she sees fit.

But it would appear that Grindelwald is just as tangential to Newt Scamander. Newt’s arc in the movie is relatively small. He ends the film pretty much the same wizard he was at the beginning. Yes, he has a tentative romantic interest, and he helped MACUSA arrest Grindelwald. But what does that mean to the core of Newt’s being? We don’t yet know.

But even when you take the macro-level storytelling out of the equation, Newt is a frustrating guy to watch. Newt’s detachment makes him uninteresting. When his beasts get loose in New York, he doesn’t seem terribly motivated to recapture them or concerned for their well-being. That doesn’t exactly rocket the movie’s plot into high gear. Even in the clip below, Tina Goldstein has to prod him to get off his butt and get his beasts.

And then there’s Eddie Redmayne’s performance. Redmayne plays Scamander as a real nobody. That’s not a criticism, really — I know that the character is a socially awkward outcast on purpose. But one can only take so much mumbled dialogue and averted gazes before you start to wonder why they’re giving this guy all the closeups. He comes across as transparent, a movie star drained of his natural charisma and ability to create a starring role.

I was speaking with my Fandom pal Drew Dietsch, and we both had the same observation — assuming the next film would take place in Paris and would focus on Dumbledore and Grindelwald, neither of us saw much of a reason why Newt Scamander would be the natural protagonist of a sequel. Apparently, producer David Heyman agrees. In an interview with Cinemablend, Heyman said: “I don’t think [Newt will be at] the heart of all of them.” However, he reassured us that Newt, Tina, Queenie and Jacob will all return.

But if the central cast of the first film will play supporting roles, who will lead the next Fantastic Beasts? Heyman was very forthcoming. When asked if a young Dumbledore would appear, Heyman confirmed that he would. “And Credence and Grindelwald,” he added. “I think they will be the main players.” This is good news. Warner Bros. sold me on the idea of Fantastic Beasts being a story we didn’t know yet. But all along, it appears that Newt’s story was just a back door into the Grindelwald saga. That’s fine, but the next movie needs to decide how the first film’s problematic protagonist will improve in the days ahead. Maybe he’ll be better as a supporting character.