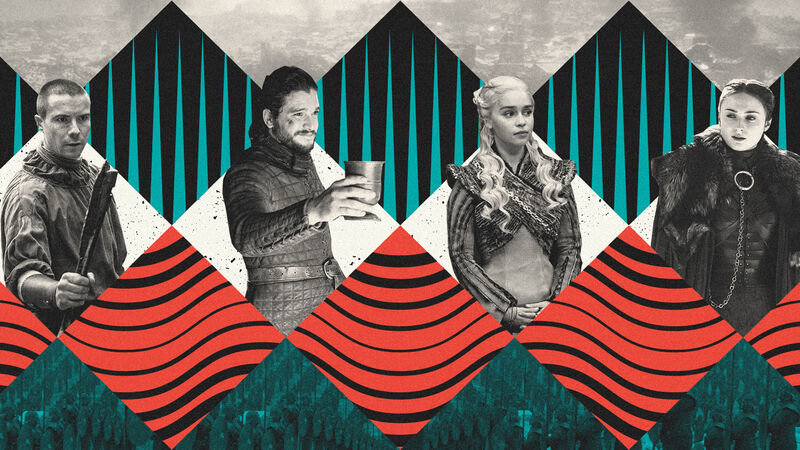 ‘Game of Thrones’: Who’s in the Best Position to Win as the Final Season Ends?

Before the season premiere of Game of Thrones‘ final season aired, we asked Fandom’s Game of Thrones community who they thought was in the best position to actually win the game in question at the end. Six weeks later and much has changed on the show, though when we polled the GoT community once more, the top choice remained the same.

Of course, some of the other candidates from that first poll — chiefly Cersei Lannister and the Night King — are no longer with us, taking them firmly out of the running. And one certain Khaleesi has recently made some huge moves that has her now topping our final Game of Thrones death pool, while lowering her chances on the winner poll considerably.

On Sunday night, we’ll see how it all ends, but right now, many feel the best chance of coming out on top still resides with a boy raised as a bastard who then turned out to be capable of much more than anyone expected…

Yes, Jon Snow firmly remains atop our poll, and in fact, has a larger percentage this time out than he received in our pre-season poll, where he had 32% of the votes. Season 8 found Jon learning the truth about his true identity, and that he has the most legitimate claim to the throne of anyone in Westeros. However, Jon has insisted he doesn’t actually want that role and was more than happy to have Daenerys in charge. Of course, that was before Dany decided to utterly destroy King’s Landing and kill everyone residing there, including innocent children.

In the wake of these events, it feels safe to assume Jon won’t be #TeamDany anymore, but will circumstances in the finale lead him to end up wearing a crown he never sought? It wouldn’t be the first time Jon had found himself in an unexpected leadership position…

Below are comments from the Fandom GoT community from our poll, including who they might choose among those “Other” selections…

“Jon might win, someone make go uh “dispose” of Dany after the slaughter *cough* Arya *cough*. tho I want Gendry to win owo” –  GreyQuill

“Gendry. Everyone else will kill each other.” – Gkbrekke

“A random Dornish farmer. At least that’s what I’m hoping. But I’m telling you it might just be like Bran or something and I’ll crack up if it happens.” – Freaky Ass Smile Lord

“Dany’s already got it… time for the rule of the mad queen!” – Jiraiya89

“Tyrion. Jon will kill Dany then throw down his sword in disgust and ride off on that horse Arya rode last episode into the sunset. Tyrion will be exposed as a Targereon as well and rightful heir to the throne.” – Smurfe