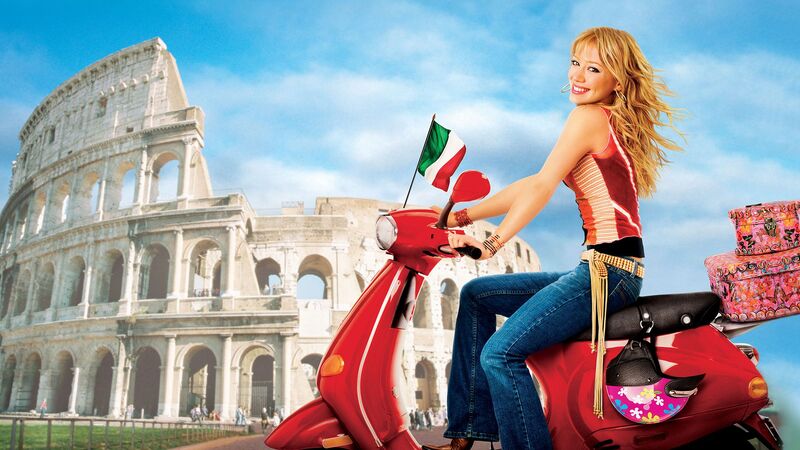 Disney has long since been a powerhouse of animation and feature films; but that is far from the only area in which the studio has thrived. Disney Channel Original films were a huge part of the millennial childhood experience across the board and they held a special kind of importance for young girls. Each of the films outlined below explores girl power in a different way. Some are obvious, others play it a little bit more subtly, but each one does it without invalidating the importance of the others.

Zenon: Girl of the 21st Century

Zenon Kar is your average teenager with one small exception: she lives on a space station. Or, at least she does for the first few minutes of the film. Zenon finds herself in a speck of trouble with her parents and, as punishment, is literally grounded. After being sent to live with her aunt Judy, Zenon has to figure out how to best navigate Earth with her ‘out of this world’ personality.

Zenon’s plight might be less serious than some of the other leading ladies’ on this list, but it’s also more relatable to a large audience. Basically, Zenon has found herself as the new kid in class. As she learns to deal with all the fears that come with that status, Zenon manages to make a friend or two and best her bullies. Zenon: Girl of the 21st Century takes the viewer on an adventure both in and out of space, but still takes the time to show that we can all find a common ground no matter where we come from. Plus, “Zoom, Zoom, Zoom” remains a bop.
(Watch Now on Disney+)

Halloweentown focuses heavily on the concept of The Other. Young Marnie Piper, her sister Sophie, and her brother Dillon find themselves thrust in a world of wizard and witches. We find that classism can play a scary part in society, no matter how much magic runs through it. The film’s exploration of that classism is its grounding point within the fantastic. The fantastic gets the attention, but it’d be nothing without Marnie and her slightly dysfunctional family drawing the viewer into the story. Prejudice and monsters exist everywhere on every world. The Cromwells show us that everyone, from the most powerful witch to the most normal mortal, has the power to fight them.

Sure, your mom’s new marriage was rough. But did she marry a General then make you move up state and enlist in military school? Probably not, because that’s not really how those things work. All the same, Cadet Kelly is an example of a story that pushes itself into a world that you may not necessarily want to occupy yourself, but it makes you more comfortable with the one you do.

Young Kelly may be frustrated with her situation, but she learned how to work with the other ladies she found herself surrounded with. It takes a strong gal to adapt to her surroundings and shift the uprooting of your life from a positive to a negative.

The Color of Friendship

While Zenon plays out in the future, The Color of Friendship takes us to the past. Taking place in 1977, the film focuses on the friendship between two girls from very different worlds. Piper is a black girl from Washington D.C. who desperately wants to host an African exchange student. Mahree is a white South African whose family strongly benefits from apartheid. The film manages to be deeply predictable and surprisingly compelling all at once. It’s a difficult subject matter to tackle, but handled quite well for the early 2000s.

Intersectionality is critical in any movement, but crucial in feminism. The Color of Friendship‘s girl power resides in that understanding, and in the growth that Mahree and Piper experience because of it. The film’s two protagonists hail from very different and specific backgrounds. Their ability to draw us in doesn’t rely on the viewer’s ability to relate with them directly. Instead, we’re pulled in by the fact that everyone can learn to be a better ally no matter their background.

After rocking a successful television show, The Cheetah Girls eventually spun off into several successful Disney Channel Original films. Girl power has always been a strong anchor for the series; trending through a myriad of issues both social and cultural. Each issue the franchise tackles is important but none so much as the bonds of sisterhood in a decade that spent a lot of time pitting women against each other.

In their first movie, the girls set their sights on the school’s talent show and find themselves with a potential record deal in the process. While they deal with the potentials of super stardom, they also have to juggle the expectations of their parents and the drama that bubbles within their group. It might not be taking us to a world with witches and wizards, but the idea of signing a label after a talent show audition’s some pretty fun escapism.

Kim Possible: A Sitch In Time

It’s impossible to have this conversation without bringing Kim Possible into the mix. A Sitch In Time takes Kim’s normal adventures and spices them up a bit. The evil Shego realizes that she can weaken Kim by separating her from best friend Ron Stoppable. As it turns out, even continents can’t keep these to heroic cuties apart.

Though the focus here is on our leading ladies, (and we never want to see a film’s protagonist relying on someone else for strength) A Sitch in Time shows the power of teamwork. Ron and Kim’s relationship is an important centerpiece to the film. It always enures that it illustrates Kim’s patented brand of strength. Her femininity is never sacrificed in showing off her smarts and her right hook, and we see a story go out of its way to show girls that it’s okay to need help.

Be honest, you read that title and got “What Dreams Are Made Of” stuck in your head. It’s ok. The Lizzie McGuire Movie takes us out of Lizzie’s normal stomping grounds and throws the gang (sans best friend Miranda Sanchez) smack dab in the middle of Rome. If that wasn’t enough of a change of scenery for you, the movie also throws a doppelgänger into the mix. Lizzie and her pop star look-alike Isabella eventually have to join forces to take on someone who means to end the career of one and humiliate the other.

A generation of girls grew up with Lizzie. While she was poised to take on the next great adventure after high school, so were many of the viewers of the series. Taking her out of her comfort zone and thrusting her into an impossible (and extravagant) situation was a great way to show those viewers that it was both perfectly acceptable to panic, and that they were going to make it through just fine.

Alex and Cam are just trying to survive young adulthood. A few important caveats to their perfectly normal struggles: they’re witches (twin witches, to be exact), they don’t know that they’re witches, and there’s some creepy entity known as The Darkness that their dad gave his life to protect them from. The twins find themselves on a weird journey that neither of them asked for, but are destined to be on. Their powers and their past will bring magic to Earth, but it’s Coventry that they must protect.

In a time where so many films were neglecting diverse representation, one might expect Twitches to rest on getting that right. Instead, it tells a compelling story about two very different women sacrificing what is easy in favor of what is right. Unfortunately, everyone with a conscious can relate to that.

Ever find yourself just trying to live your life when some monk lady shows up and tells you that you’re a reincarnation of a warrior whose destiny is to stop some creep of an evil spirit from destroying the world? You have if your name’s Wendy Wu. Wendy’s the popular girl who just wants to worry about homecoming, but she finds herself thrust into a responsibility that she didn’t ask for. This Disney Channel Original might look like it’s about destiny and obligation, but in the end its truest strength is its focus on a reluctant hero who got the job done anyway.

Everyone has expectations thrust upon them, even if they’re not of the reincarnated warrior variety. Dealing with the weight of those expectations can make anyone want to give up. Wendy Wu Homecoming Warrior shows off the fact that girls don’t have to give up who they are to join the fight. Sometimes it might seem like saving the world’s just too much responsibility for a high school girl. It takes her a moment to get there, but when all’s said and done Wendy defiantly asks, “is it?”

Disney+ is the only place to stream favorites from Disney and more. Watch now!