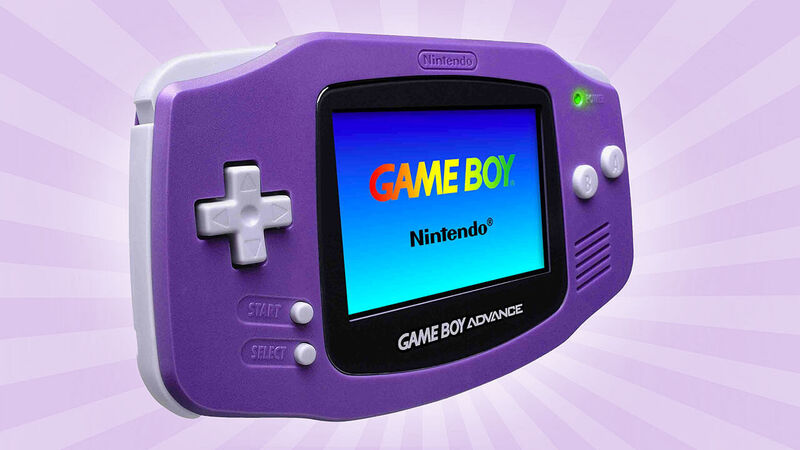 It’s been 15 years since gamers got their eager hands on Nintendo’s groundbreaking Game Boy Advance. If the Game Boy Advance was a kid, it would probably have its own smartphone by now and be working on its social media presence. It might even have a job at the local smoothie shop.

I had two Game Boy Advance systems. My first — an Arctic White little beauty — was stolen out of my backpack when I was in 7th grade, which really bummed me out. The thief also nabbed my copy of Super Street Fighter II Turbo Revival, which didn’t bug me too much because I was only good playing as Ryu, and I got the game on clearance at Target.

I saved up for the replacement by scrounging around my room for loose change and selling soda on the side of the road. A couple weeks later I bought an Indigo unit at my local Game Crazy. I think it was discounted. I was very careful never to lose it, and to this day find myself pulling it out for a little nostalgic vacation.

While my friends upgraded to the Game Boy Advance SP or Game Boy Micro — which, don’t get me wrong, are entirely awesome versions of the handheld — I continued to use my original GBA, complete with a wonky light adapter so I could play late into the night.

While the Game Boy Color brought some, well, color into Nintendo’s portable arsenal, the GBA — released a whopping thirteen years after the original Game Boy — represented a true leap forward for handheld games. These fifteen games represent the best the little system had to offer.

The third iteration of Nintendo’s monster collection simulator greatly expanded on the first two, providing players 135 new Pokémon to capture and an enormous new world to explore. Even though Ruby and Sapphire were the best selling games on the Game Boy Advance, they nonetheless sold less than the previous Pokémon titles. Remakes of the games — Omega Ruby and Alpha Sapphire — were released in 2014.

The Legend of Zelda: The Minish Cap

The Minish Cap was a welcome addition to the Zelda catalog. It expands on the legend of the Four Sword and stars a strange, talking Hat named Ezlo. This hat — which definitely has a bit of an attitude — can shrink Link down to the size of an insect, allowing him to communicate with the Minish people, an insect-sized race that live in Hyrule’s nooks and crannies. It was the fourth Zelda game developed by Capcom, after The Legend of Zelda: Oracle of Ages, The Legend of Zelda: Oracle of Seasons, and…

The Legend of Zelda: A Link to the Past & Four Swords

Relatively early in the GBA’s lifecycle, Nintendo demonstrated the power of the handheld by releasing a pixel-perfect remake of their SNES classic, The Legend of Zelda: A Link to the Past. They even went as far as including a brand new co-op multiplayer mode, Four Swords — a first for the series.

Advance Wars seemed to come out of nowhere. Though the series had been out in Japan for a while, this was the first offering available elsewhere. Featuring deceptively simple turn-based gameplay between up to four competitors, Advance Wars proved that the GBA could be a thinking gamer’s system. Robust map design and multiplayer options helped round out an already full-bodied handheld experience.

The third installment in the wacky WarioWare series, WarioWare: Twisted changed things up by including an accelerometer in the cartridge. The majority of the “microgames” — which come at the player in rapid succession and last only a few seconds apiece — require the player to rotate and shake their GBA like crazy. Due to obvious physical limitations, it is one of the few games that isn’t compatible with Nintendo’s Game Boy Player, which allows gamers to play GBA games on the big screen via a GameCube.

All three of the GBA’s Castlevania offerings represent some of the best titles in the series, but Castlevania: Aria of Sorrow really took things to another level. One of the last games released for the handheld, AoS illustrates how familiar developers were with the hardware at that point, featuring graphics and audio on par with the PlayStation’s Castlevania: Symphony of the Night and amazing audio to boot. Also notable was its setting: AoS takes place in a futuristic version of Dracula’s castle in the year 2035, instead of the gothic past.

Vicarious Visions defied expectations with their port of Tony Hawk’s Pro Skater 2 for the GBA. Though the game was transitioned to an isometric perspective to accommodate the relatively underpowered hardware, it still feels surprisingly similar to its console counterparts. I lost countless hours grinding my way through its levels as Spiderman.

Metroid Fusion was the first 2D Metroid since the release of 1994’s genre-defining Super Metroid, and it couldn’t have been better. Featuring a haunting story about the X parasites, which fuse with Samus, our space-faring heroine spends the entire game investigating the strange happenings at the BSL research station while being pursued by SA-X — a parasite mimicking Samus at her most powerful. In a move that pleased Metroid fans everywhere, Nintendo released Metroid Fusion alongside Metroid Prime — and provided a slew of Easter Eggs for owners of both games to enjoy. I’d say it’s about time for Nintendo to give us another 2D Metroid. And heck, why not another 3D one while they’re at it?

Metroid Zero Mission was so much more than a mere remake of the original Metroid. It includes a variety of new items, mini-bosses, and even an entirely new area called Chozodia, named for the series’ trademark ancient race. Upon completing the game, players unlock an emulated version of the original game, allowing them to retroactively see for themselves all of the cool extras Nintendo added to Zero Mission.

Compare Super Mario Kart to Super Circuit and you’ll begin to understand the power of Nintendo’s fourth generation handheld. Even though it was an early game, the graphics are fantastic and its gameplay is a tried and true representation of the classic Mario Kart formula. The multiplayer was also amazing — even if your friends didn’t have a copy of the game, they could use the Game Boy Advance link cable to compete with a limited set of characters, courses, and items.

While Super Mario Advance, a remake of the underrated Super Mario Bros. 2, was a fine launch title, Nintendo’s handheld remake of Super Mario World was even more of an improvement. Again, Nintendo made the right move by keeping the original game, with all of its magical worlds and power-ups, intact.

Even though Fire Emblem for the GBA, or Fire Emblem: Rekka no Ken as it’s known in Japan, represents the seventh game in the series, it is the first to have been officially localized for a western release, due entirely to the immense popularity of Roy and Marth in Super Smash Bros. Melee. Nintendo’s decision has absolutely paid off — the Fire Emblem series has since put up amazing numbers in the U.S., due to its addicting turn-based combat, memorable characters, and epic story.

Golden Sun doesn’t get enough credit. A throwback to 16-bit RPGs of old, Golden Sun was a dazzling game with an interesting battle system, centered on collecting “Djinn.” These magical creatures, based on the four elements, were scattered throughout the game’s world. As players came across them, they could use them to gain new abilities, which they could use in battle and to solve environmental puzzles.

With Sonic Advance, Sega proved that they didn’t need to have a console of their own to provide players with great Sonic games. The first Sonic game after their decision to become a third-party publisher, Sonic Advance harkened back to the hedgehog’s golden days, with slick graphics, super fast-paced gameplay, and smart level design. The game also allows you to play as Tails, Knuckles, and Amy, each of which comes complete with their own set of skills that drastically change the experience and allows you to reach brand new areas. 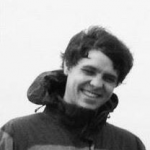