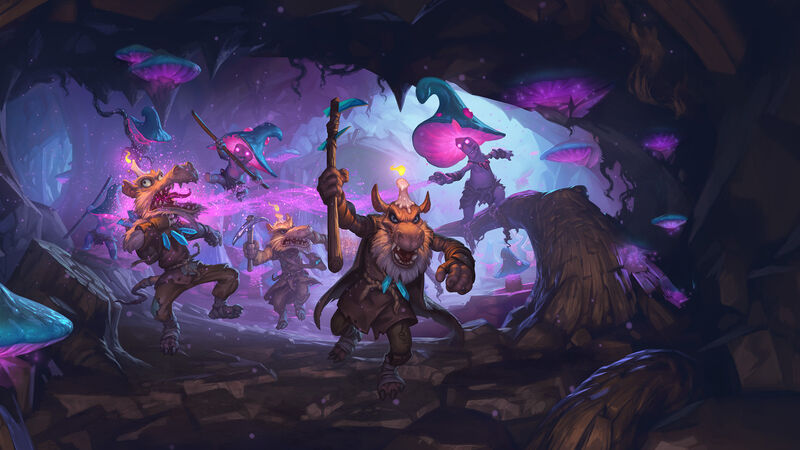 No ‘Hearthstone 2’? Blizzard Says a Sequel May be “Completely Unnecessary”

It’s no secret that Hearthstone has done pretty well for itself. Since sliding onto the gaming scene back in 2014, Blizzard’s seemingly unstoppable digital card game quickly established itself as one of the world’s biggest eSports . Yet, despite its popularity, it looks like players may never get a fully fledge sequel to the collectible card brawler. While sitting down with the game’s art director, Ben Thompson, the Blizzard veteran suggested that at the moment, a sequel is firmly off the cards.

“I think that’s part of the wonder of Hearthstone there’s so much room there for different modes, different kinds of play that moving into a Hearthstone 2.0 or a sequel feels premature.. if even maybe completely unnecessary…

Each and every expansion offers so many new variants on things..new card types, modes etc… those kind of changes create enough kind of diversity that it’s probably premature to consider going to a Hearthstone 2.0 situation any time soon.”

Before you start getting too upset though, Thompson also confirmed that the team are committed to their long term plan of rolling out three fully-fledged expansions a year.

“The cadence is a big part of what keeps players invested. Three sets a year is the cadence that we have now adopted with three full sets of 145 cards being released per year.”

With the game showing no signs of slowing down, it’s easy to see why Blizzard isn’t worried about rushing out a sequel for the foreseeable future. Instead, Thompson was keen to show us a glimpse of the upcoming expansion, Kobolds & Catacombs.

With this latest update combining a fully-fledged story mode with a wealth of new cards for players to pimp out their decks with it looks like fans certainly still have a lot of new Azeroth-themed action to look forward to.