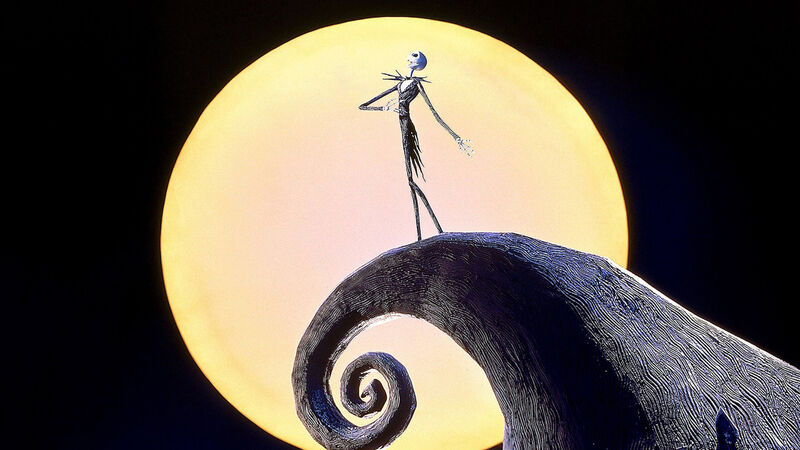 The holiday season is here, and whether you’re spending time with family, traveling back home to see old friends, or just keeping things simple with a cup of hot cocoa, at some point you’ll want to indulge in the seasonal tradition of holiday movie-watching. And because we know the holidays can be a busy time, save yourself a little stress with the Movies Anywhere app.

Movies Anywhere brings your movies together. Here’s how: Just log into the Movies Anywhere app, sync your digital accounts, and access the movies you’ve purchased (from many different places), in one fun, functional place. It’s great because your movies are no longer “trapped” on the device, platform or digital account where you purchased them – syncing to Movies Anywhere gives you access to all your favorite movies, wherever you want to watch them, whether flying first-class or relaxing on the couch.

See something you’d like to watch over and over? No problem. You can purchase movies from the Movies Anywhere app or website.

Want some inspiration on what to watch? We’ve compiled a list of must-see movies that range from timeless classics to family-friendly fun.

And while film fans continue to debate what actually constitutes a holiday movie, we humbly insist that it can be anything you enjoy watching during the Yuletide season. Here’s our holiday guide to movies that are perfect for ho-ho-home viewing.

This delightful sleeper hit gained more notoriety, and popularity, over the years thanks to non-stop marathons of it on Christmas Eve and Christmas Day, helping it become as much of an essential tradition in people’s homes as a roaring fire.

FUNNIEST SCENE: When Ralphie finally gets his Red Ryder BB gun for Christmas, it almost DOES shoot his eye out. Fortunately, Ralphie’s quick to place the blame on an errant icicle.

BEST HOLIDAY ‘FEELS’ MOMENT: When the family dog runs off with the Christmas turkey, the ‘Old Man’ keeps his cool and takes everyone out to the only place open – a Chinese restaurant. And a good time is had by all.

Arthur Christmas is a must-watch during the holiday season, boasting a stellar voice cast and a simple, timeless message about kindness and humility. Rocket around the world with good-natured goof, Arthur, as he seeks to give Christmas a personal touch and the proper spirit.

FUNNIEST SCENE: Enthusiastic elf Bryony imagining the future life of Gwen, the girl who didn’t get a bike for Christmas. “She runs away. An alcoholic by age of 9!”

BEST HOLIDAY ‘FEELS’ MOMENT: When Arthur’s father, the current Santa, decides that Arthur should be the one to deliver the final present of the evening.

Yippee ki-yay, Christmas Carolers. Die Hard may be, arguably, the best action film of all time but it also doubles as an explosion-filled Christmas Eve adventure. Watching Alan Rickman’s delicious performance as the villainous Hans Gruber never, ever gets old as Die Hard has Seasons Greetings written all over it. In bullets.

MOST EXCITING SCENE: Surviving by mere seconds, John McClane jumps from the roof of Nakatomi Tower right as the entire area is engulfed in a massive explosion.

BEST HOLIDAY ‘FEELS’ MOMENT: When John thinks he’s not going to make it through the night, he tells his new BFF, LAPD Officer Al Powell, to deliver a message to his wife.

For anyone who’s ever made snow angels for two hours, crammed 11 cookies into a VCR, or been overjoyed because they saw a dog today, Elf is the perfect perennial sugar high. Don’t sit in a throne of lies, enjoy this new-era classic again and again.

FUNNIEST SCENE: When Buddy hears Santa is coming to the department store, he understandably freaks out with joy. But he’s quick to spot the imposter, and even quicker to call the phony out on his ruthless deception.

This rambunctious Chris Columbus/John Hughes romp is crucial Christmastime viewing each year, and the film’s physical comedy is hilarious time and time again.

BEST HOLIDAY ‘FEELS’ MOMENT: When the old next-door neighbor reunites with his estranged son. Not a dry eye, we tell ya!

How the Grinch Stole Christmas

You can’t go wrong with this updated Jim Carrey vehicle from 2000. Dr. Seuss’ impish tale of a fuzzy ostracized grouch with a deviant desire to ruin an entire town’s Christmas by stealing all their presents is one of the best fables to ever find its way to publication. But it’s Carrey’s over-the-top performance that makes How the Grinch Stole Christmas a hilarious and ultimately heartwarming hit upon each viewing.

FUNNIEST SCENE: The Grinch flips through the Whoville phone book and, starting with the “A”s, says each resident’s name and then screams “I HATE YOU!” into the cold wintery night.

BEST HOLIDAY ‘FEELS’ MOMENT: After trying to ruin everyone’s festivities, by stealing all the gifts, The Grinch learns that the true spirit of Christmas isn’t about material things. Hearing the townsfolk sing in unison, his heart grows three times bigger.

To you, this movie is perfect – and to many others as well! So why not jump (for your love) back into the lives of these love-seeking/lovesick/lovelorn Londoners for one of the greatest romantic comedies of the modern era. The cast alone makes Love Actually an actual must. Featuring the likes of Hugh Grant, Emma Thompson, Colin Firth, Keira Knightley, Liam Neeson, the late Alan Rickman, and many more.

FUNNIEST SCENE: When Harry is trying to secretly buy a Christmas present for his secretary, he’s almost undone by a very detail-oriented sales clerk – played by Rowan Atkinson – and an elaborate gift wrapping session

BEST HOLIDAY ‘FEELS’ MOMENT: In possibly the most famous scene from the movie, Andrew Lincoln’s Mark finally professes his love for Keira Knightley’s Juliet silently via doorstep flash cards. Then he puts the notion to rest in his mind, knowing she’s his best mate’s wife.

Do you have a heart? Okay, then Muppet Christmas Carol is essential repeat viewing every season. There are over a dozen famous adaptations of Charles Dickens’ noble novella, but this is the only one with the power of Henson in its corner. And with Michael Caine in the Ebenezer Scrooge role and Kermit as Bob Cratchit, what could go wrong?

FUNNIEST SCENE: Having Statler and Waldorf play the bickering ghosts of Jacob and Robert Marley is pitch-perfect puppet casting.

BEST HOLIDAY ‘FEELS’ MOMENT: When Scrooge awakens Christmas morning, a changed man, he sings “Thankful Heart” as he delivers gifts and good cheer to all those he previously wronged.

A trio of besties guaranteed to cause belly laughs are at the heart of this Yuletide comedy – starring Seth Rogen, Joseph Gordon-Levitt, and Anthony Mackie. The Night Before is the perfect Christmas Eve re-watch, filled with humor, heart and a who’s who of hilarious players ready to make you cackle while your fireplace crackles.

FUNNIEST SCENE: Seth Rogen, high on a drug cocktail, tries to keep his cool during Midnight Mass – only to spot dangers around every corner. “Barf bag! Where’s the barf bag?”

BEST HOLIDAY ‘FEELS’ MOMENT: After losing both his mom and dad, Gordon-Levitt’s Ethan gets a visit from his two best friends, who vow to be his new family for the holidays.

The Nightmare Before Christmas

Aside from being an iconic musical adventure that’s spawned legions of fans worldwide, The Nightmare Before Christmas is a rare film that doubles as both a Halloween hit and a Christmas classic. Meaning, it can be watched over and over from October through December — or whenever you want, honestly!