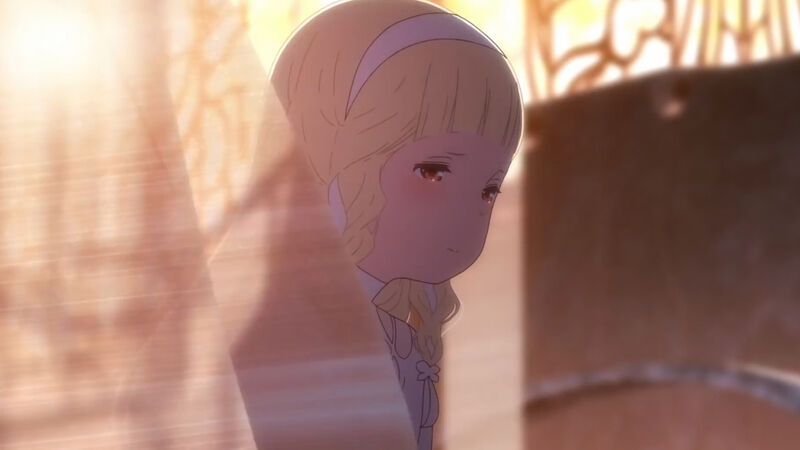 How New Anime ‘Maquia: When the Promised Flower Blooms’ Upset Mothers in Japan

Mari Okada is an award-winning Japanese anime screenwriter and director. One of the most prolific figures in the industry, Okada’s celebrated work includes the screenplays for Tatsuyuki Nagai’s The Anthem of the Heart and Saiji Yakumo’s Ankoku Joshi. Now she makes her feature debut with Maquia: When The Promised Flower Blooms.

A beautiful and poignant fantasy, Maquia (voiced by Manaka Iwami) is from a clan that stop ageing in their mid-teens. When an army invades her land, seeking the secret of immortality, Maquia escapes. In the woods, she encounters a baby boy, Erial. Adopting him, Maquia must face the prospect that one day he will grow older than her.

Here she talks about making the transition from writing to directing, and upsetting the mothers of Japan with her debut feature.

Transitioning From Writer to Director

FANDOM: What were the challenges of going from shorts and writing screenplays to directing a first feature?

OKADA: When I was writing, I always felt there were some things that I couldn’t do. Anime is a joint project so you need harmony amongst the team. So sometimes it’s hard, because you’re trying to keep the harmony to do what it is that you really want to do and to try new things. When you’re making a film like this, you work with the same team for a long time. On this film, we worked together three years. So we had a long time to get to understand each other and I’ve been able to create something that I’m really happy with.

FANDOM: Was there an idea or image that came to you first when you started thinking about Maquia?

FANDOM: What fascinates you about the nature of immortality?

OKADA: So you have this tribe, this clan, who are eternally young… and however much we tell ourselves it’s what’s inside that counts, how you look is very important in society. I always try to depict strong emotions. In Japan at least we say it’s what’s inside that counts, not what you look like. But sometimes those two are connected. Maquia doesn’t get old and that leads to various struggles in her life and her relationship with Erial which changes over time. When the film was screened in Japan, there was some interesting feedback. Quite a lot of mothers came to see it and it was interesting because some of them said it was hard for them to watch because of the idea of watching your child die. But others said that they felt envious of Maquia because she got to see her child grow up and live to old age.

FANDOM: How personal is the theme of parenthood in the film to you?

From Script to Screen

FANDOM: Kenji Horikawa, the president of P.A. Works, once said he wanted to see “100% Okada anime.” What do you understand by that quote and did you achieve that?

OKADA: This actually came out of my misunderstanding. He said he wanted to see 100% Okada animation, and as I mentioned before, creating animation is a joint effort so what I want isn’t necessarily what’s going to happen. Writing a screenplay for anime is a bit like solving puzzles; you might have two different people with completely different ideas of what should happen and my job is to resolve those two conflicting opinions by finding a compromise in my screenplay. So what was meant by “100% Okada anime” was that he wanted me to be able to write the screenplay without taking those other opinions into account, to ignore everyone else! But for me that seemed impossible. There is no way of writing an anime screenplay and ignoring what the director has to say. So I misunderstood that and took it to mean that for it to be “100% Okada,” I would need to be the director!

FANDOM: What about the visual process? Talk us through taking this from script to animation…

OKADA: I wanted the locations and the characters, in terms of how they looked, and then their emotions to match, to go together. So the village, where Maquia and her clan are from, my concept for that was that buildings and bridges should be carved out of a single rock. That is something that regular human beings wouldn’t be able to accomplish. But it’s a way of showing that they do have this incredibly long lifespan and have been able to build that up over time and you can see that visually. Then later on, time passes and they find themselves in the Iron town, and the idea was that with molten metal they realize times are changing in the same way as their relationship, as parent and child, is changing and Erial’s feelings towards Maquia are changing. Also, darkness and the depiction of darkness was quite important for me in this film. It’s really quite dark, visually, in a way you couldn’t get away with necessarily with TV animation. And some of the team said, ‘We really need to make this brighter.’ But for me, I wanted to show the warmth in the darkness.

FANDOM: Is it a disadvantage coming from a writing background, rather than animation, when directing an animated feature?

OKADA: To begin with I thought I was at a disadvantage. Trying to explain what I wanted, there was a sense in which animators understand each other. They can read between the lines. But that was resolved over the three years that it took. I knew that I needed to work to get my ideas across, to explain what I wanted. But to begin with I tended to hold back. But then I realized, if I didn’t say it they weren’t going to understand what I wanted. And the art director… I thought that when I was doing this, I’d stopped holding back and I was really trying to explain what I want to get across. What I was saying was so different to what they expected. If it was a director coming from an art background, an animation background, they’d kind of predict what they’d come up with. But with me it was unpredictable! So it was a really wild challenge.

FANDOM: Animation films are often made by committee. But your work comes from a personal place. Is that important to you?

OKADA: As I said, creating animation is really a joint effort. Going back to the comment about wanting to see “100% Okada anime,” usually you have a lot of different opinions to reflect, but in this case, he [the president] really wanted me to stamp my authorship onto it. I was glad of that opportunity and I really wanted to take on that challenge. There are a handful of anime directors in Japan who do really put their stamp onto their work. But there isn’t that much opportunity to do it, so I really wanted to make the most of this chance to make it my own.

FANDOM: You wrote an autobiography, How I Went From Not Going to School To Writing Anohana and The Anthem of the Heart. Was that a cathartic experience to write about your life?

OKADA: The funny thing with my autobiography is, I wrote about the fact that I wasn’t able to go to school and I hadn’t been able to talk about that for a long time and then all of a sudden I wrote an autobiography – it was quite a big leap that I took! Rather than being cathartic, it was more a sense of looking down on my life. I realized it wasn’t so much that I was writing a story but was arranging a series of facts. Even though I was writing things that were true, some parts were shorter than others and it affected the way I went about writing screenplays. When you’re writing a screenplay, you need to have a sense of how involved you get in the script itself and how much distance do you put between you yourself and your writing. And you need to put yourself into it and be in there. But that itself isn’t enough. At some point you need to step back and look down on the whole thing. For me, writing my autobiography taught me to do that.

FANDOM: What are you working on next?

OKADA: There are a few things that I’m writing at the moment. Having achieved something with Maquia that I’ve been wanting to do for a long time, that’s now freed me up to think about other things that I want to do, so that’s what I’m working on.

Maquia: When The Promised Flower Blooms opens at UK cinemas on 27th June 2018.