How the Disney Princess has Evolved into a Modern Day Woman

Once upon a time, princesses in Disney movies were unhappy. Quite a few of them had wicked stepmothers and others just wanted to embark on a new adventure. Then each of them met a prince, fell in love and everyone lived happily ever after!

That was the old narrative we grew up with and fell in love with ourselves. But time has passed and Disney princess tales are also growing with the times. Disney is not just showcasing more cultural diversity in their heroines, but they’re also giving them stories that are beyond them falling in love. We’re now seeing poignant princess-powered stories about family, community, and independence.

These tales are vital to the representation of women in media and the most recent Disney films have certainly given new definition to what it means to be a princess.

The birth of the “progressive” Disney princess can be pointed to as early as 1991 when Belle was introduced in Beauty and the Beast. Yes, she ended up falling in love, but she was book-smart and denounced her suitor Gaston’s misogyny.

Then came Jasmine from Aladdin. She’s the princess of the fictional Middle Eastern locale of Agrabah and was the first non-white Disney princess. Unlike Belle, Jasmine was actual royalty who actively rejects the concept of an arranged marriage. She even hates palace life and tries to run away in the opening scenes of the film.

After Jasmine, Disney adapted the true story of Pocahontas – well, not the true true story, but close enough. As movies tend to do, Pocahontas was definitely romanticized in her relationship with John Smith. However, the film did demonstrate a Native American heroine’s strong connection with nature and showed what her role might have been in easing tensions between two cultures.

Mysterious as the Dark Side of the Moon

In our opinion, it was Mulan who was the first to truly break the traditional Disney princess mould to give way to a new age of strong female heroines in Disney. The story of Mulan was adapted from a Chinese poem called the Ballad of Mulan. Disney’s interpretation was true to the source material, telling the story of a heroic woman who took her ailing father’s place in the army during the Southern and Northern Dynasties.

But the Disney film takes the story one step further, exploring the idea that Mulan couldn’t find her place as a woman in ancient Chinese society. Because she was naturally strong and wanted to protect her father from going to war, she disguised herself as a man to fight against the Huns.

She eventually wins the respect of her fellow warriors and her family but in a very unconventional way that totally bucked the usual Disney storyline. At the turn of the millennium, Mulan showed the world that girls are capable of kicking butt just as much as guys are.

While Mulan was considered a beginning for more diverse Disney princesses, that film also marked a change in Disney’s focus. It wasn’t until over ten years later, in 2009, that Disney released another princess film. The hand-drawn animation and catchy music of The Princess and the Frog succeeded in reminding us what we all loved about Disney films.

Based on the novel The Frog Princess by E.D. Baker, The Princess and the Frog told the story of Tiana, a waitress living and working near the New Orleans bayou during the roaring ‘20s. A little voodoo magic transforms her and her love interest Prince Naveen into frogs. While the romantic elements of the film do echo classic Disney, The Princess and the Frog was significant for much more than being a throwback.

Tiana became Disney’s first African-American princess and showed that ambition is a thing to celebrate. Despite falling in love with a prince, Tiana’s aim is still to own her own restaurant and with Naveen’s help, she succeeds.

The next year brought Disney’s first CGI-animated princess: Rapunzel in Tangled. But that’s not as important as the fact that she falls in love with a bandit, not a prince. Plus, the bandit Flynn ends up chopping off Rapunzel’s magical locks, which could be seen as a symbol of her femininity and innocence, to save her from the evil captor Mother Gothel who wishes to keep her locked away forever.

For the First Time in Forever

Post-Tangled, Disney princess films took a wide turn, straying away from traditional love stories and moving towards narratives focusing on family. 2012’s Brave introduced Merida, a flame-haired Scottish princess who rebels against tradition and declares herself as her own suitor.

Although Brave is technically a Pixar film, Merida’s strong personality has meant she’s been readily adopted into the Disney princess entourage.

She eventually helps the clans to reform their rules on marriage, but still faced another challenge in repairing a rift with her authoritative mother. Aside from empowering girls and women to choose their fates, Brave also demonstrated the powerful bond between mom and daughter.

It could only make sense that a tale about sisterhood followed Brave. And, of course, we’re talking about Frozen! Despite the dangers ice queen Elsa posed with her powers, her little sister Anna never gave up on finding her and wanting to help her.

Her efforts sadly backfire, and an act of true love is all that can save Anna after she is accidentally shot in the heart by Elsa. She doesn’t find this act in a kiss from the back-stabbing Prince Hans or her travel companion Kristoff though, it’s the love that’s revealed when Anna sacrifices her own life for Elsa. Sisterly love is definitely real love too.

The newest Disney princess Moana is a double whammy as far as non-traditional princesses go. She’s the first Pacific Islander princess and her story is one of family, leadership, and exploration. The young girl’s destiny is to restore the heart of Te Fiti, an island goddess who has been corrupted by a lava demon called Te Kā. Though faced with a couple of setbacks, Moana fulfils this with her own womanpower, motivation from her grandmother’s spirit, and a little help from the demigod Maui. Ultimately, she honors an uncovered family tradition and becomes a voyager herself.

Diversity within Disney princesses hasn’t been exclusive to films either, with the Disney Channel series Elena of Avalor features the first Latina Disney princess. Television is definitely one more avenue to showcase different female characters and narratives.

The Disney princess line has definitely made a few big strides in recent years, but there’s still a lot more the universe can do.

With the Frozen sequel coming out in 2019, there may be some amplified clamouring for Elsa to have a girlfriend. Having an LGBT princess is definitely one direction Disney could go in, and it would be a bold one. If Elsa doesn’t end up with a girlfriend in Frozen 2, Disney can always create another LGBT princess in an all-new or different franchise. It’s an important direction that Disney needs to explore, especially for a younger audience.

There are still so many cultures to be represented and stories to be told too. There is already so much existing source material out there in legends, fiction, history, and more. There are even more original ideas waiting to be put on paper and into development. The possibilities are infinite, it’s just which direction Disney will take next.

Whoever the next Disney princess is, no doubt we’ll love her. 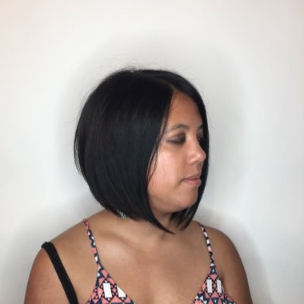