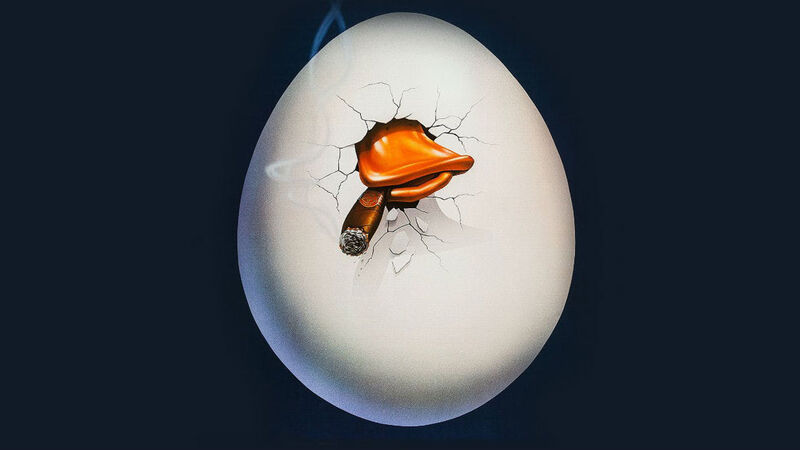 Avengers: Infinity War will arrive on Blu-ray very soon, and to mark the occasion, FANDOM spoke with directors Anthony and Joe Russo who revealed that a whole scene had been mapped out for Howard the Duck in the film. However, the scene ended up getting dropped.

Howard has previously featured in the Marvel Cinematic Universe but only really as an Easter Egg. Albeit one with a couple of lines. The comic-book alien from Duckworld — a planet in another universe — can be spotted amongst the Collector‘s eclectic exhibits on Knowhere in Guardians of the Galaxy and features in a post-credits scene. Meanwhile, in Guardians of the Galaxy Vol. 2, he’s seen flirting with a woman in the Iron Lotus brothel on Contraxia.

Anthony Russo said there were a number of things they weren’t able to include in Infinity War, one of which was Howard, a character who had previously starred in his own (panned) movie back in 1986.

Russo said, “Howard the Duck was in one draft of the script. Howard the Duck actually had a really good scene… we were going to cameo with [The Hangover and Community star] Ken Jeong, with Howard the Duck. That was a much-beloved scene by us but it just didn’t end up fitting at all.”

Joe described the idea for the scene, “Yeah, it was [Peter] Quill trying to track down some information from Howard the Duck on some outlier planet and interrupting him during a poker game.”

Anthony said, “So there were lots of ideas and iterations that were on the floor for this one but I think we would end up in the correct place. It’s all a process. Sometimes you are actually just writing a bible to the universe of what that movie is and have to pare it down to what the actual narrative is.”

One of those other ideas included an appearance from Cosmo the dog, who featured with Howard in that Guardians post-credits sequence licking the Collector‘s face.

Despite Howard’s ill-fated 80s’ solo outing, there is talk of plans for expanding Howard’s role in the MCU. Marvel boss Kevin Feige previously said,“You know, the fun thing about Howard is he shows up where you least expect him, so like who knows where he’s going to appear next?” While Lea Thompson, who starred in the original movie, told Inquistr recently that she is pitching an idea to Marvel.

From one Marvel pairing to another: Anthony Russo also revealed which MCU team-up he’s keen to develop. “Thor and Rocket‘s relationship is an interesting one to keep exploring,” he said.

Joe added, “I think Thor and the Guardians is a great team-up and I think it is really combustible.” But he’s also intrigued by another unlikely duo: “I think Strange and Tony had a really interesting and complicated relationship because they are both narcissists and I think both come from very different ends of the spectrum. One had faith in the science and the other in the magic.”

While it’s unlikely either of these pairings will see their own spin-off adventures on the big screen, we can perhaps expect to see a lot more from each in Avengers 4 if not beyond.

What Happens At the End

If you thought that translating that shocking Infinity War ending to the screen was water off a (Howard the) duck’s back for directing duo the Russo brothers, you’d be wrong. For them, it was as heartbreaking as it was for audiences.

Anthony said, “I think many people have a strong emotional connection to these characters. It’s a very dramatic ending and it’s very powerful if you have a strong emotional connection. I think people are having the appropriate emotional response to the movie. Certainly, it is not a story that is finished yet. But we as filmmakers were also devastated with the storytelling. But we like to challenge ourselves and we like to challenge the audience, and we wanted to tell a story where the villain won and that we had not necessarily seen before in a commercial movie on this scale. That was the mission and I think fans responded in a way that was appropriate.”

So how do they take ten years of storytelling and turn it into a comprehensive story? Anthony explained how they mapped it out.

“We began talking about this movie way back when we were in the late stages of post-production on Captain America: Civil War,” he said. “That’s the point where we really started thinking about how can we could pull this story forward. And especially in the condition that we left the Avengers in at the end of that movie being divided, and Tony Stark and Steve Rogers having their complete fall out with one another.

“I think that’s the moment where we first started speaking with [screenwriters] Christopher Markus and Stephen McFeely for the first time about where the story could go and what we could do. And then it became a very elaborate process moving forward from there. We spent months and months and months in a room together with every single character in the MCU in a picture on the wall, where we could move characters around and think about different pairings. We went through a very experimental phase where we considered all kinds of ideas and slowly we began to find a rhythm and a narrative that we liked that eventually evolved into the film. It was a very long process but also one of the most fun things we’ve ever done in our lives.”