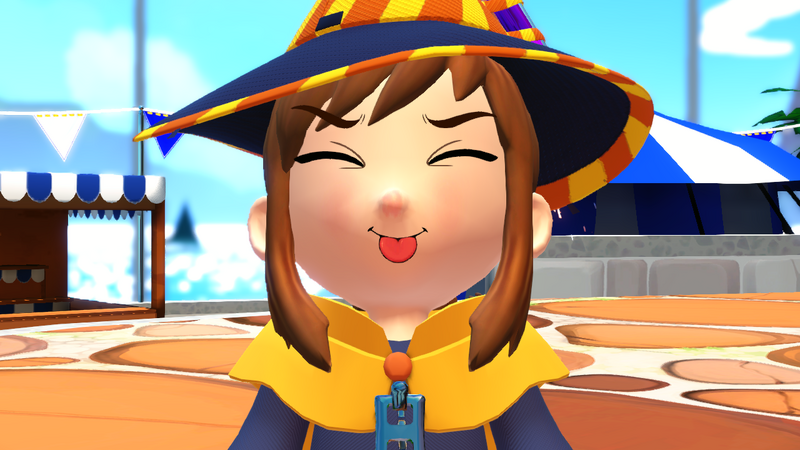 Samus Aran and Lara Croft will inevitably come up in any conversation about fantastic female protagonists. Both of them are badass and well-equipped to battle waves of enemies or perilous dungeons. But what about the heroes who don’t usually get a taste of the limelight? These five indie games showcase some of the best badass leading ladies.

Half turn-based-strategy game and half squinting-at-the-screen-and-praying-you-don’t-aim-wrong, SteamWorld Heist mixes its strategy FPS-like mechanics with colorful personalities, retro-inspired backdrops, and classy music. The leader of a band of space pirates, Captain Piper Faraday, battles Scrappers to survive after the destruction of Earth. She’s accustomed to wielding scoped guns and is one of the slickest wall-bouncing shooters.

Piper’s witty and resourceful. She won’t hesitate to board your ship and serve justice with a well-aimed shot. Piper recruits a plethora of ragtag heroes, like Sea Brass and Sally Bolt, who all offer up their own abilities and weapon specialties. They follow her because of her charisma, leadership abilities, and, of course, the hats she’s scavenged from fallen enemies. Hats off to you, Piper.

The minimal gameplay visual novel, VA-11 HALL-A showcases a relatable story of love, regret, and self-growth over a great soundtrack. Glitch City is loaded with corruption, and VA-11 HALL-A is one of its only safe havens. Yet, despite the circumstances, Julianne Natalie Stingray isn’t an action hero.

As a bartender in a shady corner of this futuristic cyberpunk universe, Jill listens to the stories of eccentric citizens, such as a Hatsune Miku-inspired pop idol and the most rad Shiba Inu. She’s the furthest removed from the action, but the player learns about the world and its dynamics through these conversations.

Patrons usually see Jill as a typical bartender: cool, calm, and collected. However, between Glitch City’s growing violence and her past regrets, Jill eventually has to drop her emotional defenses and face her decision to walk out on her then-girlfriend. As she serves drinks to both friends and strangers alike, Jill reminds us that we’re never too late to right wrongs and make a difference in someone’s life.

Pulling together the best parts of Crash Bandicoot, Super Mario 64, and Banjo-Kazooie, A Hat in Time weaves a fun tale about a talented and adventurous alien girl. As a skilled weaver and explorer, Hat Kid travels all over the galaxy in search of her missing Time Pieces. She crafts a variety of awesome hats that grant abilities like turning into an ice statue or creating explosive potions. Hat Kid also uses her spectacular jumping skills to headbutt her foes or simply smack away at the baddies when wielding her trusty umbrella.

With such great power comes great responsibility — and a heroic adventure Hat Kid doesn’t think is necessary. This pits her against Mustache Girl, who decides Hat Kid is wasting her potential to end all evil. Her search to fix her spaceship culminates in one of the craziest boss battles, where all the “bad guys” come together and help Hat Kid teach the real villain of the game a vital lesson.

A mute singer in the crumbling city of Cloudbank, Red battles against the Process and the Camerata to learn the truth behind the Transistor and maybe even save whatever’s left. We feel a sense of dread from the introduction, as Red retrieves a talking sword from a man’s lifeless body. Everything was taken away from her: her city, career, voice, and lover. The world is falling apart around her, but she chooses to keep moving forward.

Along the way, Red obtains the Traces of fallen citizens, harnessing their abilities through the Transistor and giving them a semblance of new life. This is the main aspect of Supergiant’s isometric strategy game: these Functions can be combined to fit the player’s style. Using Jaunt() recklessly or thinking deeply about your Turn() strategy are both valid options to any fight. Learning the nuances of Function combos prepares the player for the final boss. However, Transistor’s finale, coupled with the musical genius of Darren Korb and the passionate singing of Ashley Barret, will not fail to tear at your heartstrings.

Madeline strives to overcome her mountain — literally. She isn’t punching enemies in the face, and she doesn’t wield an awesome blaster. Instead, Madeline uses sheer willpower and emotional fortitude to battle her personal demons. (And also literally hop up and around a mountain.)

Celeste’s platforming is not easy, and this pairs perfectly with its themes. Madeline’s journey illustrates the difficulties of people who face depression, anxiety, and other mental health battles. Madeline faces a part of herself that discourages her journey by insulting her, making her second-guess herself. Experiencing her exciting ups and painful falls makes the final stretch of the game that much sweeter — a moment of triumph, boiled down into joyous tears when we realize she’s reached the summit.

Besides, who could resist having a snack with all the friends we made along the way?