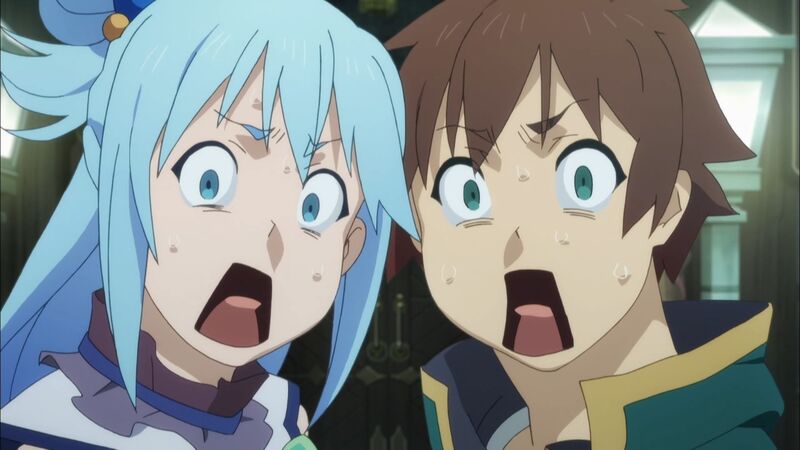 5 Isekai Anime That Will Change Your World

There has been an influx of new isekai anime titles cropping up over the last two years, so with this recent explosion, it might be hard to tell which ones are worth your time. Protagonists in isekai anime typically lead unfulfilling lives until they are transported to a new world. Whether they make you laugh until you cry or just make you cry, these are the five must-watch isekai anime that are the pinnacle of quality in the genre.

Re:Zero — Starting Life in Another World

Some would consider Re:Zero the best iteration of an isekai anime in recent memory. Like other isekai anime, Re:Zero’s main character, Natsuki Subaru, is a NEET who is sent to a new world upon his untimely death. However, the anime adds its own twist to the genre, making it so that Subaru can return by dying. If he dies in the new world, he can return to a point before his death, an ability that plays a pivotal role in Subaru’s character growth.

The supporting cast also do their part to make this show memorable. Characters like Ram and Rem have fascinating backstories which connect the disparate threads of the story through flashbacks of the past. Ram and Rem aid Subaru through his difficult journey to protect the girl he loves, Emilia. Subaru is willing to go through parts of his life over and over again after dying to put himself in a position to protect Emilia. The interesting premise combined with its fantastic cast and beautiful animation creates a memorable viewing experience. Re:Zero is one hard anime to forget.

No Game No Life

No Game No Life preceded the recent expansion of the isekai genre by a few years. Premiering in the fall season of 2014, the anime is notable for its stunning color palette and visuals as well as its comedy. The promotional works cannot even begin to do the show’s beauty justice, especially if watched in full HD. The various visual elements make each episode a pleasure to watch and the jokes and banter of the characters create a hilarious and enjoyable atmosphere.

The show follows the adventures of Sora and his step-sister Shiro, hikikomori shut-ins who excel at online video games. One day, a mysterious character named Tet invites the siblings to play chess. Upon their victory, Tet invites them to Disboard, a world where everyone plays games to settle conflicts. The two accept, thinking the world is a joke. They soon get transported to Disboard, and the pair begins putting their gaming prowess to good use.

No Game No Life is visually stunning and entertaining, but it only has one season. There’s no word on a possible Season 2 anytime soon. Despite that, No Game No Life’s 14 episodes and movie adaptation will certainly leave you wanting more.

Most isekai anime feature an initially misguided protagonist whose noble companions can teach them essential lessons in their adventures. And then there’s KonoSuba, which turns this trope on its head through its ridiculous cast.

Kazuma is your average isekai NEET who dies and finds himself reincarnated. In this new world, Kazuma doesn’t find noble companions or a glorious life as an adventurer. His party consists of the useless goddess Aqua, the masochistic crusader Darkness, and the mage Megumin, who can only use her powerful explosion magic once per day.

Now throw this ridiculous bunch into an absurd fantasy world, and you’ve got one of the funniest anime in recent years. KonoSuba will have you laughing constantly — its self-awareness and clever humor will always lift your spirits and leave you feeling content after each episode.

ReLIFE is not isekai in the traditional sense. The main character doesn’t die, and the new world is more familiar than the worlds of the previous entries. ReLIFE follows Kaizaki Arata, a 27-year-old whose attempt to defend his mentor from workplace harassment leads to coworkers turning the abuse toward him. After quitting the job and becoming a shut-in, Kaizaki is offered the chance to go back to high school and make some life progress. If he does, the curators of the ReLIFE program will find him a new job and help him move on.

ReLIFE seems like a classic high school slice-of-life anime at first, but the show does an amazing job of demonstrating Kaizaki’s character growth through the supporting cast. Like most isekai anime protagonists, Kaizaki feels weak and powerless to face the issues in his life. Being back in high school, Kaizaki realizes that despite his age, he still has a lot to learn and maybe even some things to teach the people around him. ReLIFE demonstrates that we’re never too old to learn and change as people.

Ah, Angel Beats. Be prepared, as this anime will make you cry. Angel Beats defies explanation in lots of ways, but it follows Yuzuru Otonashi waking up in the afterlife at a mysterious high school.

He learns about a desperate struggle between the Shinda Sekai Sensen (SSS) student resistance and their student council president, a young girl known only by the name Angel. Surrounded by the quirky members of the SSS, Otonashi doesn’t quite understand what’s happening. He gets pulled into the battle against Angel and finds himself learning more about the afterlife he’s in and the people there with him.

While Angel Beats doesn’t reveal a great deal about its setting initially, the lack of information makes the character interactions the real focus of the show. Angel Beats is a powerful viewing experience. It will make you laugh just as hard as it will make you cry.

Mason Williams
Kokoryu
Just a dude that loves to write and hopes to work in Japan one day! Always down for a conversation about anime and video games. Snapchat:masonofwilliams