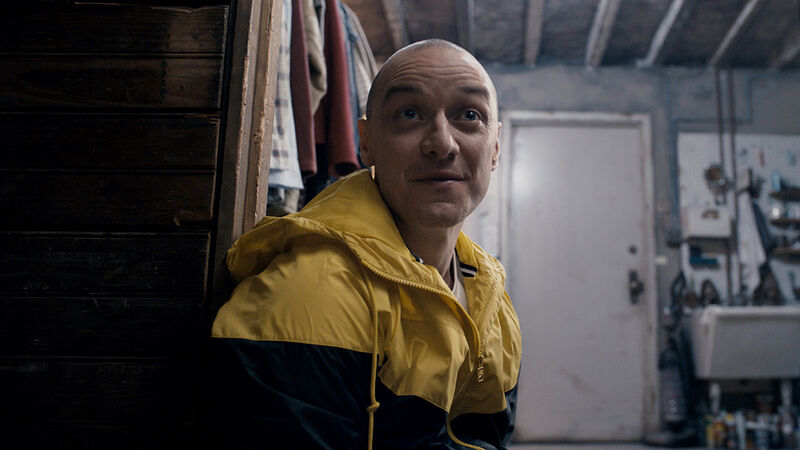 With M. Night Shyamalan’s new thriller Split hitting screens this week, we sat down with the film’s star – James McAvoy – to discuss playing Kevin, a complicated character who suffers from a psychological disorder that means he has 23 distinct personalities, the plot revolving around the emergence of a terrible 24th.

“The disorder that this group of people live with” explains McAvoy “Is D.I.D. – Dissociative Identity Disorder – a condition that means there’s a group of people sharing one body. So, you have one person to begin with, and at a point early in their life they suffer trauma that is generally repeated, and inescapable. The way that this person deals with it is to fragment. It’s to say ‘Alright, what part of me can maybe help me through this?’ and instead of just utilising that attribute or personality trait, they personify it.”

A specific personality – called Hedwig – helps Kevin through that trauma.

“One of the children that I play in this film would take his place. So Hedwig took that suffering, took that beating, took that abuse. And the reason why it was Hedwig in particular is because Hedwig is all about naivety and joy and looking for the fun in life, and he took that for the rest of Kevin. And then as Kevin went through the rest of his life, there were more and more and more parts of his personality that were personified and took on their own lives, if you like. So, ultimately he ends up having 23 personalities.”

McAvoy goes on to explain which personalities came naturally in the above video, and how one could turn from happy to malevolent in the blink of an eye, while Shyamalan talks about the challenges involved in directing such a complicated character.

Split is in cinemas this Friday, January 20.