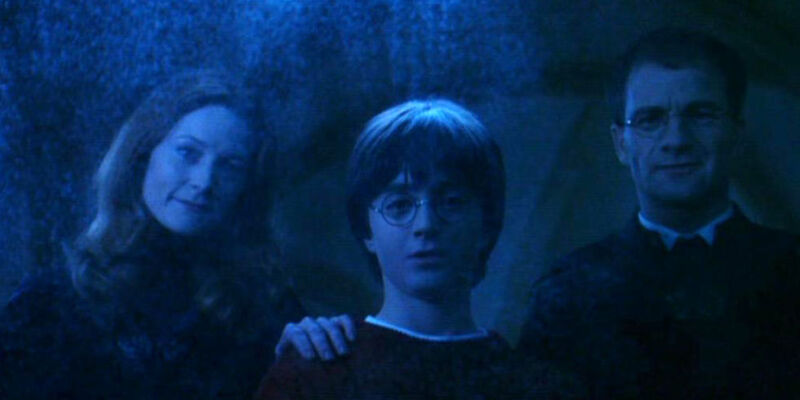 J.K. Rowling Reveals Which Potter Made The Family Flush With Cash

Ever wonder how Harry Potter got his fortune? Or name? Or where the hell his grandparents were to save him from the Dursley’s? No need to dive into a Pensieve, Potterheads, because J.K. Rowling has spoken.

Harry Isn’t the First of His Name

It’s been a common question over the years why Harry didn’t have grandparents who could take him in after James and Lily Potter were murdered by Lord Voldemort that fateful night. Turns out, there’s more to the Potter family than we already know – like, a lot more. Rowling explained the Potter family tree on Pottermore and gave us some insight into Harry’s namesake:

Henry Potter (Harry to his intimates), who was a direct descendant of Hardwin and Iolanthe, and served on the Wizengamot from 1913 – 1921. Henry caused a minor stir when he publicly condemned then Minister for Magic, Archer Evermonde, who had forbidden the magical community to help Muggles waging the First World War. His outspokenness on the behalf of the Muggle community was also a strong contributing factor in the family’s exclusion from the ‘Sacred Twenty-Eight’.

WTF is the ‘Sacred Twenty-Eight’?

Where’d All Dat Money Come From?

We all remember when Hagrid takes Harry to his vault in Gringotts for the first time and the kid finally catches a break. Now we know how Harry came into all that money:

Henry’s son was called Fleamont Potter…. It was Fleamont who took the family gold and quadrupled it, by creating magical Sleekeazy’s Hair Potion ( ‘two drops tames even the most bothersome barnet’ ). He sold the company at a vast profit when he retired, but no amount of riches could compensate him or his wife Euphemia for their childlessness. They had quite given up hope of a son or daughter when, to their shock and surprise, Euphemia found that she was pregnant and their beloved boy, James, was born.

James was a miracle child! But because Fleamont and Euphemia Potter had James so late in life, they weren’t able to meet little Harry:

Fleamont and Euphemia lived long enough to see James marry a Muggle-born girl called Lily Evans, but not to meet their grandson, Harry. Dragon pox carried them off within days of each other, due to their advanced age, and James Potter then inherited Ignotus Peverell’s Invisibility Cloak.

As if Harry’s life wasn’t already so depressing.

Will We See Harry Potter in Fantastic Beasts?

And by Harry, we mean Henry Potter. This is all starting to make sense, isn’t it? Rowling loves to add color to her already expansive wizarding world, much to the pleasure of fans. But with four more Fantastic Beasts movies on the way, and they JUST SO HAPPEN to be set in in the same time period as Henry Potter, we must ask: What could our fearless, magical leader be up to right now with this Potter-ific information?! Unfortunately, this remains a rhetorical question, but we’re holding out hope.

Regardless, it’s incredibly moving how the Potters name their children after beloved family members. After all, Harry and Ginny wasted no time naming their kids after everyone who impacted their lives. Although it still seems rather unfair to name anyone Albus Severus Potter, am I right?