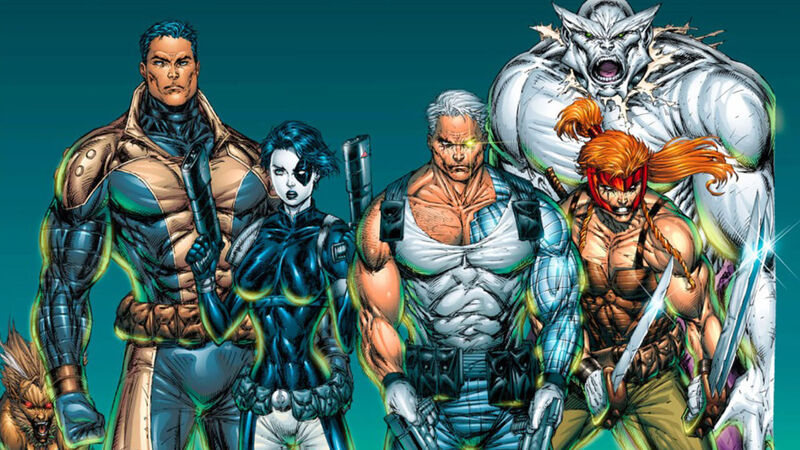 Rob Liefeld’s artwork is infamous for being awful (depending on who you ask) but is there someone who is worse? This writer says yes! In the late 1980s and early 90s, Rob Liefeld was a household name. Regardless of his sometimes sloppy artwork, he was a hot property. He was part of the X-Revolution of the 90s, taking the helm of X-Force. He was also one of the popular artists that jumped ship at Marvel Comics to found Image.

It was about this time that people started to see that there were a lot of flaws in Rob’s work. He eventually became the butt of many jokes and comic book tropes over the years. Despite all this criticism, Rob still has a pretty solid fan base and still gets work in the industry, working both on his own creator-owned properties, as well as work for both Marvel and DC.

But what if I told you that there was someone who has churned out work that was even worse than the worst Rob Liefeld offerings? What if someone took the worst things about Rob’s work and improved them, making them even more wretched? Who is it? Who could be worse than Rob Liefeld?

Well, for now, I’ll keep you guessing, let’s take a look at some of the artwork in question. Don’t cheat!

Our first example is the presently popular Ant-Man. In this story, he gets possessed by a giant ant and turns into this physical impossibility. What is even happening here? His thighs and shoulders are massive to a ridiculous degree. He’s got a tiny head, and his rib cage looks like it could collapse into his groin at any second.

Whoever this artist is, when they were being taught forced perspective they must have been on LSD. The guy in the front has incredibly short arms. Pro-tip space aliens: Never helm your star destroyer with a minion who has arms like a T-Rex. They will accomplish nothing. Also, note that the tail on the alien in back is off center. He must get a lock of snickers while changing in the locker room.

The artist in question decided that Doctor Octopus should be modelled after a barrel. Also, note that the giant in the background has a hand larger than his head and a hunch back. The coupe de grace with this splash page is how the artist was able to render Puff Adder in such a way as to make him look like he is picking out a wedgie while also looking menacing, that takes talent.

Some fun facts about female anatomy you might not have known about:

These are facts people. Look it up.

We’re on the home stretch here people, I like this piece because Kang’s legs change their length from panel to panel. If that’s not enough of an artistic feat for you, also note that the position of his knee caps also keep on changing. Who knew a mastery of time and space also included your personal anatomy? I particularly like the how panel number four has a butt that Sir Mix-a-Lot would approve of.

Breasts that are basically circles: Check!

At the beginning of this article I gave possible answers as to who this artist could have been:

Well if you guessed Herb Trimpe, you’d be right.

For those of you who don’t know the name, he was a very popular longtime artist for Marvel Comics. He is most well known for his long run on Incredible Hulk, and for being the first guy to draw Wolverine.

So what happened here? Did Herb suffer a stroke? Was he forced by Marvel to adopt an artistic style outside of his wheelhouse? Nope! According to Comic Book Resources, Trimpe took on this new artistic style on his own. From Herb himself:

“Truth was, it was a lark–but a lark with a purpose, all devised by myself. No one at Marvel suggested I change the way I draw or ink. I looked at the new guys’ stuff, and thought, hey, this is great. Very exciting. You can always learn from somebody else, no matter how long you’ve been doing a thing.”

He followed this with:

“I think it was the best work I’d done”

Well, Mr. Trimpe, you are a man of strong convictions. I think we’ll leave it to the juries of the future to decide if everything I’ve shared today will end up being your legacy. Honestly, who wants to be remembered for co-creating Wolverine when you can be more lovingly remembered for the misshapen abominations you penned in the 90s?