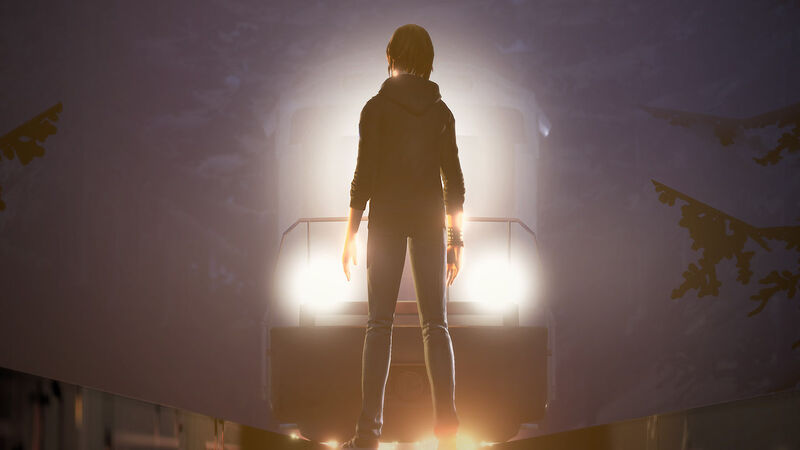 ‘Life is Strange: Before the Storm’ Episode 1 Review: Past is Prologue

Dontnod Entertainment’s episodic drama Life is Strange was a unique beast when it launched in 2015. It told the story of a young woman navigating a treacherous and sometimes toxic social space while trying to rekindle a lost friendship. Its portrayal of young women in their vulnerable formative years, trying to figure out who they are while also trying to become something for the people around them, was something we hadn’t really seen before in the games space.

Players would make choices on behalf of heroine Max, and each one would affect the overall outcome of the story and how other characters perceived her. Most notable of these was Chloe Price, Max’s former childhood friend and the center of most of Max’s choices. The narrative flowed from sweet and sad to harrowing on a dime, and the Sophie’s Choice ending left many players gutted.

Life is Strange: Before the Storm is a prequel follow-up from Deck Nine Games. This time players walk in the shoes of Chloe, during a troubling time when her family and social lives are in turmoil. The three-episode story begins with “Awake,” a somber episode depicting Chloe’s distaste for her mother’s new boyfriend, her struggle to maintain friendships without pushing people away, and a budding something with the most popular girl in school, Rachel Amber.

But where Life is Strange sometimes suffered from rushed plot points and not giving emotional moments enough time to breathe, Before the Storm allows the player to slow down, making it a sweeter, sadder, and more emotionally weighted game than its predecessor.

Chloe’s Power of Smack-talk Is an Entertaining Mechanic

In the original Life is Strange, Max suddenly gains the power to rewind time. She uses this power to solve problems and get out of sticky situations. For example, avoiding a security guard while in the school after-hours or avoiding accidentally breaking her camera. In a handful of instances, Max’s rewind powers allow her to travel years back in time, landing herself on the day Chloe’s father was killed in a car crash or making a small decision that alters her and Chloe’s fates entirely.

Chloe’s skills are not supernatural, and because of this, Before the Storm feels more relatable to dealing with teen troubles than the previous game. Chloe’s “power” is Backtalk, which allows her to outsmart, tease, or insult an opponent to get her way. These verbal sparring matches are a little tricky and well-placed throughout the story. Rather than simply turning back the clock at the right time, Chloe has to react in the moment.

As a character talks down to you or tries to convince you of something, you as the player have a limited time to choose your replies. Often you only have one or two chances to prevent your opponent from “winning” the smacktalk match. These short dialogue trees are well written and incredibly sassy — Chloe talks like your typical culturally savvy, internet-smart young woman — and are a highlight of the episode. The outcomes of these sessions will have lasting consequences for Chloe, and because they are longer and detailed than simply making one dialogue choice, it really feels like you have ownership over Chloe’s path in Before the Storm.

Rachel Amber Is a Compelling Character

Chloe Price stole the show in the original Life is Strange with her blue hair, bad attitude, and “hella” snarky mouth. Sure, Max was the playable hero, but it was Chloe who was the linchpin of all Max’s decision. How would what she did affect Chloe? What did Chloe need that Max could provide? She was both the shining star and the downfall of our hero and depending on the choices players made, Chloe’s fate could be bittersweet or straight-up devastating.

But even though Before the Storm is Chloe’s actual story, with her calling the shots, the real star is Rachel Amber. Rachel was never seen in the original Life is Strange, but the mystery of her disappearance was the narrative thread that tied the five-episode run together. Here we get to actually meet this mystical figure, and it’s hard not to fall in love with her immediately.

At first meeting, Rachel is bright, cheerful, witty, and in general very upbeat. She is liked by everyone around her, and she succeeds in everything she sets out to do. She is beloved by all, so it’s not hard to fathom when Chloe immediately feels a strong connection to her. The way Rachel is written and the way Chloe reacts to her sets her up like some sort of ethereal being, an angel made real, and the story and dialogue help us as the player buy into this idea. So when Rachel is angry, we become uncomfortable. And when she’s sad, we’re sad too. This makes her a more compelling character than most of the supporting roles in the original Life is Strange, and worth tuning into Before the Storm alone.

There Seems to Be a Mystery — but What Is It?

Before the Storm’s first episode is a giant, enigmatic tease. The original Life is Strange was at times heavy-handed with its imagery, and the storm threatening Arcadia Bay throughout all five episodes was an over-obvious and cloying metaphor for Max’s personal life — both with and without the unexplained supernatural elements.

But “Awake” asks more questions than it answers, and there is no breadcrumb trail of allusions or subtle suggestions to what’s going on. I can’t reference these questions without spoiling some major plot points of this first episode, but it’s safe to say that Episode Two will have a lot to answer for. The characters are all woven into the same tangled web, and when the credits roll on “Awake” there is no sense of clarity.

The episode does a masterful job of setting the stage for what is to come. Will the mystery be supernatural or more straightforward? Are Chloe’s dreams prophetic or just plain dreams? And is anything we’re seeing in Before the Storm a clue to how Max gets her powers later in the timeline? But that lack of clarity and the asking of two many questions leaves the ending feeling like a dead one. The little plot there is does find a through-line in the last 15 minutes — very little very late. And while the rest of the episode does a great job world-building, the episode feels like only that, leaving a lot left on the shoulders of the remaining two episodes.

Is Before the Storm Good?

Before the Storm has some of the most entertaining and funny writing I’ve heard in games recently. The banter between Chloe and her pals is quick, relatable, and real — I feel as though these characters are people I could run into on the street. Small touches like being able to play a Dungeons and Dragons game or listen to a friend’s music makes the social circle feel more real, more alive, and you really feel as though you’re moving through the world that Chloe has been growing up in.

The game also offers you moments to just sit and take it all in. Listening to music in Chloe’s room as she slowly rouses herself in the morning, or on a moving train watching scenery fly by — Before the Storm allows you to just be in its world. The game allows itself to slow down, granting ample space for more tense moments to swoop in and really feel poignant. The game strikes a palatable balance between drama and peace, and the treatment of one heightens the emotion of the other.

If you’ve played the first Life is Strange, Before the Storm is a must-play. Even though it feels little more than a setup, it’s still an intricate setup, with a lingering promise of big emotional reward.