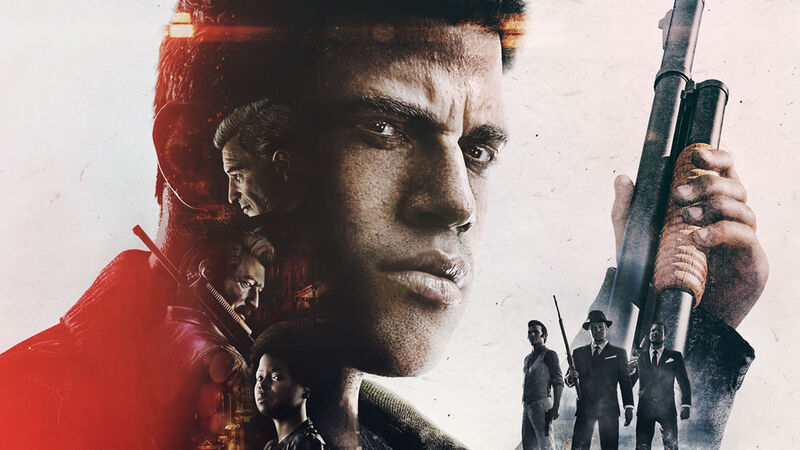 Mafia III is the latest game in the third-person, open-world action series from 2K. As the name implies, the Mafia games all center around organized crime and the mob. However, Mafia III is a major departure for the series. The game’s unique setting, premise, and characters are like a breath of fresh air in a smoke-filled speakeasy. Mafia III redefines mafia fiction and completely subverts traditional mob stereotypes. Let’s look at just a few of the ways how.

Most mob fiction takes place in the colder climates of New York (The Godfather), New Jersey (The Sopranos), Boston (The Departed), or Chicago (The Untouchables). Occasionally the mob will swing over to Las Vegas (Casino) to check on their casino business, or make a stop at their vacation cabin in Lake Tahoe (Godfather II) to take care of some… family business.

Mafia III takes the series in an all-new direction, literally, by heading to the Deep South. The game takes place in the city of New Bordeaux, a fictionalized version of New Orleans that shares many of the same famous landmarks and districts. This region is long overdue to serve as the backdrop for the mob story. Crime and corruption flow through the city’s 10 districts like alcohol flows in the French Quarter. Drugs and prostitution? It has ’em. Gambling? Right this way to the nearest riverboat casino. And if one needs to dispose of a body for whatever reason, the bayou and swamps just outside the city are the perfect dumping grounds.

A great deal of mob fiction takes place in the early to mid 20th century. Many a fictional mobster made their fortune selling alcohol in gambling halls and speakeasies during the height of Prohibition. This is no doubt inspired by the fact that some of the most famous and romanticized real-life gangsters were active at the time. People like Al Capone, Lucky Luciano, Bugsy Siegel, John Dillinger, and Dutch Schultz were all products of the era, a veritable golden age of organized crime.

Mafia III takes place in 1968. It is a turbulent year in American history, to say the least. The Tet Offensive had disillusioned millions of Americans about the Vietnam War, which seemingly had no end in sight. Martin Luther King, Jr. and Bobby Kennedy were both shot and killed. The Civil Rights Act of 1968 was signed into law by President Johnson. Change was sweeping the U.S. and tensions were high all around. Some fought in favor of these changes, while others fought as hard as they could to maintain the status quo.

New Orleans, or in this case New Bordeaux, serves as a crucible for these tensions. The city’s long history of racial and income inequality — rooted in the slave trade — coupled with the events of the time have caused things to reach a boiling point. It’s at this volatile moment in time that Mafia III takes place. New Bordeaux is about to change in a big way, and the game’s main character Lincoln Clay will play a big part in that.

Most mob stories focus on one central crime family or figure fighting to rise in the mafioso ranks or maintain their place in the pecking order of crime syndicates. Many times, these stories are just as much about politics as anything else. Navigating the waters of mafia etiquette and family alliances can be tricky business.

At its heart, Mafia III is a revenge story, plain and simple. Lincoln Clay comes back from the Vietnam War to find his adopted family, the Black Mob, has been betrayed and slaughtered by the Marcano Crime Family. Mafia III is the story of Lincoln Clay setting out to get revenge on the Italians. With his military training, a full arsenal at his disposal, and the help of his underbosses, he seeks to dismantle the Marcanos and rebuild a new criminal empire of his own.

Lincoln Clay is not like other heroes in mob stories. His is a multiracial man in the Deep South in the ’60s. This means he’ll be faced with racial discrimination and prejudice at every turn. Mafia III doesn’t shy away from this. It’s vital to the story the developers at Hangar 13 are trying to tell.

Clay is joined by several Underbosses that don’t fit the typical mob profile either. There is the gruff and unpredictable Thomas Burke, leader of the Irish Mob. Burke has joined up with Clay to try to win back what the Marcanos took from him. Then there’s Cassandra, the “Voodoo Queen,” leader of the Haitian mob that seeks to destroy the human trafficking trade in New Bordeaux at all costs. Finally, there’s Vito Scaletta. Scaletta may look more like the typical Italian mobster, but he has some very legitimate reasons to turn against the Marcanos. Namely, they tried to have him killed.

Clay and his Underbosses are just as diverse as the city of New Bordeaux itself. In many ways, they are a reflection of the times and the setting. They signify a new era in crime that seeks to supplant families like the Marcanos that have been in power and kept people like them down for too long.

One common trait of mob fiction is the tendency to romanticize the mafia. In an effort to make the audience identify and sympathize with these antiheroes, mobsters are portrayed as dignified — even noble at times. The mob has their own code of conduct and rules they abide by. Those that break those rules are dealt with accordingly.

The crimes they commit are somehow more civil than your run-of-the-mill street crime. Most of the time, the realities of the atrocities they commit on a regular basis are brushed over, or never mentioned at all.

Mafia III confronts the issue of crime head on. It doesn’t glorify or idolize organized crime or the mob. It shows how prostitution and drug rings affect the victims of these crimes. In a recent interview with Vice’s Austin Walker, Mafia III Senior Writer Charles Webb sums it up perfectly:

“What does it mean to actually interact with criminals? You know: pimps, pushers, drug dealers, killers?… Pop culture creates sort of a code of ethics for the mob, but there is no ethos of being a criminal. That’s a lot of what we’re able to tell with Mafia III.”

It’s new perspectives and stories like this that have people so excited to play Mafia III when it releases Oct. 7 for PlayStation 4, Xbox One, and PC. To learn more about the entire Mafia series, visit the Mafia wiki.