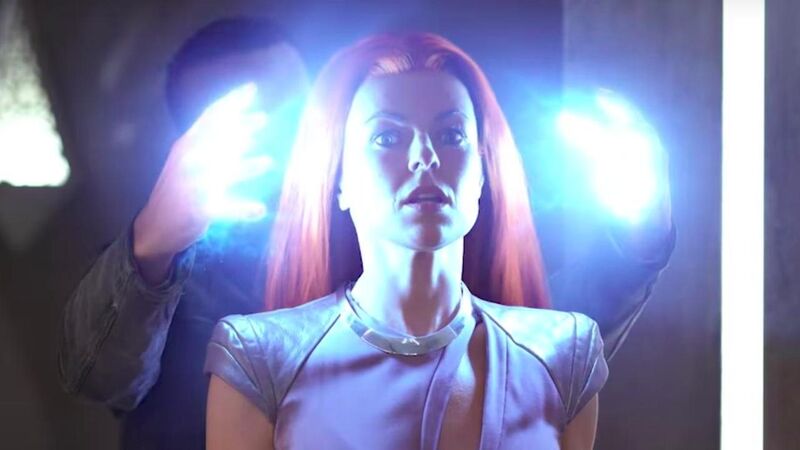 ‘Marvel’s Inhumans’ Shocks Us All By Being … Kinda OK? (Let Me Explain)

I’ll admit it — I was as ready as a Michael Jackson gif with my popcorn to watch a total Marvel’s Inhumans Twitter takedown tonight as it made its network premiere, but watching my feed I noticed something very curious: people weren’t totally hating on it.

Don’t get me wrong, the show had its haters but I started to see a pattern in the haterade swirling about Twitter (I’m a detective in my spare time, you guys) — if you had previous knowledge of the comics, this show was the worst. If you didn’t, it was pretty OK.

If you don’t know, the show — which chronicles the adventures of super-powered alien royals — debuted in IMAX several weeks ago to generally unfavorable reviews.

And if you aren’t a Marvel superfan, you’ve never heard of Black Bolt, who can shatter solid objects with merely a whisper (a main character that can’t talk? Awesome.), or Medusa, who uses her hair to choke out Ramsay Bolton … er, I mean Maximus in that one scene you remember from the trailer (you know the one).

And of course, there’s the giant teleporting dog named Lockjaw. I feel bad for the person who has to clean up that poop.

While critics gave ‘Inhumans’ an overwhelming thumbs down, the TV watchers at large begged to differ. It wasn’t without its troubles though, so let’s break down the reactions that matter.

Lockjaw is the best Marvel TV character ever created. Do not argue with me #Inhumans

Listen, no matter how bad it might actually be, I won't hate #Inhumans just cause of Lockjaw. Those are the rules

#Inhumans
I want a puppy with the power to teleport… I'd be in Paris so fast. pic.twitter.com/TmRfaHPevQ

Can we get rid of everyone but maximus and lockjaw? #Inhumans

And who curbs Lockjaw? Or does he "cover up" by porting his poop away? Is there a planetoid of Lockjaw poo somewhere?#Inhumans

I can’t believe they pushed back Agents of SHIELD for inhumans. Bring lockjaw on AOS and trash the rest.

Black Bolt’s Situation is a Mystery

Why does Black Bolt have a communicator if he can't use it? #Inhumans #MarvelsInhumans pic.twitter.com/7D47ud6c15

Why does the King need an interpreter. Shouldn't it be mandatory to learn sign language? #Inhumans

Ummm, why would everyone at the table not know how to sign? They're the king's inner council. #inhumans #marvelsinhumans

Medusa was a Hot Topic

That was truly disgusting and totally unnecessary for us to see Medusa violated in such a way, knowing what her hair symbolizes. #Inhumans pic.twitter.com/UnMsi10fvj

Medusa's hair was giving me the Willie's, but I'm not alright with this. #inhumans #marvelsinhumans pic.twitter.com/A6Hwq98ch3

Why didn't Medusa use her powers & take the clippers or throw it against the wall.#MarvelsInhumans #Inhumans pic.twitter.com/pzMfCSK79I

Medusa's hair can fight all by itself but it just sat their all lazily allowing itself to be cut off?? #Inhumans #MarvelsInhumans

Well, that is one (crappy) way of not paying for the CG for Medusa… #Inhumans #MarvelsInhumans

You guys need to stay with this series at least until @TheRealStanLee makes the inevitable cameo. #MarvelsInhumans #Inhumans #TheInhumans

I quite enjoyed the first episode of #Inhumans don't see why it got so much hate from the start, granted it's not great but it's still good

#Inhumans is so bad. Just remember inhumans wasn't a tv show when Obama was president.

So… #Inhumans was ok. Not great, but watchable. I just kind of hoped for more. Maybe a SHIELD cameo would’ve helped a bit.

And then Finally, the Tweet We all Were Thinking

Overall… yeah, #Inhumans is kind of bad. Which is more disappointing than if it were so-bad-it's-good.