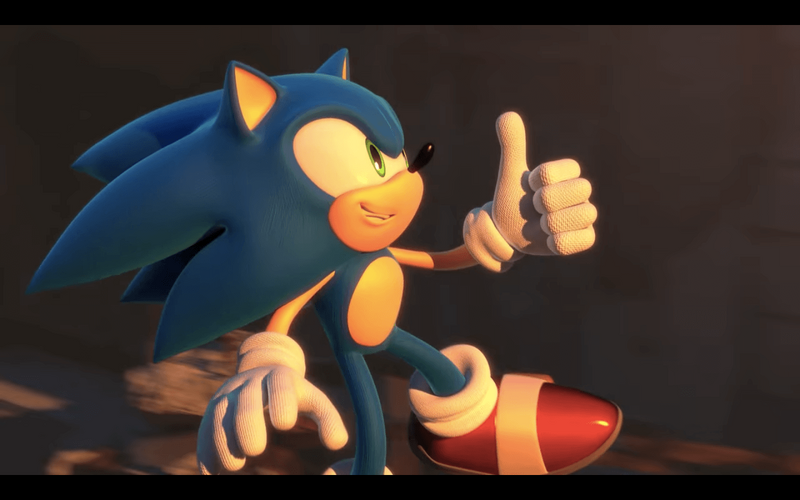 In case you didn’t know, this year is the 25th anniversary of Sonic the Hedgehog, and Sega was definitely ready to celebrate the Blue Blur’s anniversary at San Diego Comic-Con 2016. At the big party at The House of Blues, it seemed like all the big news happened early in the night. But Sonic Team and Sega had one last surprise left. Take a look at the tentatively titled Project Sonic 2017.

There had been rumors and hints towards classic Hedgehog developer Sonic Team working on a new, fully current-gen Sonic game, and Project Sonic 2017 looks to be what fans had been waiting for. In the brief intro you’ll see that Sega takes care to point out this new game is from the developers of Sonic Colors and Sonic Generations, two of the last well-received original Sonic games. So here’s hoping that this game will be a return to quality for the Blue Blur. And Sonic definitely seems to be in trouble once again, with a massive mech smashing a city to bits in the brief teaser.

The 2017 game looks to have more in common with Sonic Generations than just the developer. This new title looks to once again feature a team-up of the 16-bit Sonic and modern day Sonic, with the Sonic Boom version nowhere to be seen. Will just the two of these heroes be enough to take on Eggman, or will they need even more help? Then again, I’d be pretty shocked if Sonic went on this adventure without Tails.

Despite being shrouded in mystery, this was an exciting close to a fun night of love to and from Sonic fandom. We’ll find out when Project Sonic 2017 (likely with a very different title) comes out holiday 2017 on PS4, Xbox One, PC, and even Nintendo’s unreleased NX system.