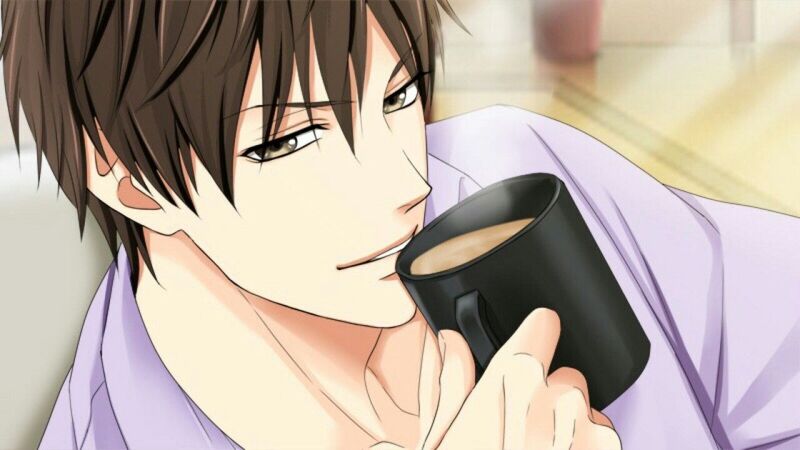 How Romance Sims Helped Me Realize I’m a Trans Guy

A lot of young girls who enjoyed anime likely stumbled across otome games (literally “maiden games”), or romance sims, when diving into the deep trove of Japanese culture. They’re straightforward stories: the main character, usually a confused or unprepared young woman, faces some sort of life-changing decision — plus the problem of choosing between five or six attractive men vying for her attention. Romance sims allowed these girls, presumably tweens and teenagers who preferred staying at home, to step into someone else’s love story and have a taste of what their future might hold.

I wish I could follow that up with, “Ah yes, I, too, was one of those girls,” but that isn’t really an accurate statement. I’m just a sucker for sappy stories. However, the sleepless nights I spent playing otome games gave me the confidence to accept my gender identity.

Otome games, particularly those made by Voltage Inc., were a guilty pleasure I had stumbled across toward the end of middle school. By then, I already had an inkling that I preferred girls to guys, long before I realized I was a trans guy. But why, you must be wondering, did I play games geared toward pretend-dating men when I liked women?

Maybe I initially wanted to convince myself I could live out the heteronormative standard — not that I knew anything other than straight and cisgender existed. My parents, who were respectful, yet still deeply religious Filipino immigrants, wouldn’t openly discuss sex or romance. I also didn’t have many school friends to chat with because of vast socioeconomic and cultural differences.

So, the thought that I could fall in love with someone of the same sex or gender was completely foreign to me. I had to face these feelings by myself — armed with nothing more than my first iPhone and otome games.

Tropes That Guided Me

My mom, who raised two rowdy boys before me, was ecstatic to finally have a girl. She probably envisioned me blossoming into a cute young woman wearing beautiful summer dresses and flaunting long hair that flowed in the wind. Like most moms, she was overprotective of me because of my sex and didn’t want the world to soil her baby girl.

Thankfully, videos games, an integral part of my life, were not off-limits. From shooters like Call of Duty to silly visual novels like Phoenix Wright, I enjoyed stepping into a plethora of roles. When I found out about otome games, I got hooked. I played through so many stories that I began to have different ideas about what made a person masculine or feminine. What I grew up learning didn’t match up to how I felt about myself or how I presented myself.

I’m a short, overly optimistic, and positive guy without a single ounce of edginess in me. Some would say I’m a really girly guy because I tend to excessively fanboy over everything I love. I used to resent that. Guys are supposed to act manly, settle issues with violence, and never communicate in an honest and open manner, right? Why did I “want to be a guy” so badly if my most prevalent traits were the feminine ones? What was wrong with me?

Eventually, I found the answer in tsundere characters. In romance sims, this is the “sadistic” bad boy type who has a tender side underneath that steely façade, like Eisuke Ichinomiya or Ichigo Sato. To the confused teenaged me, this was a delightful revelation: a stereotypical tough guy could also be mushy and sweet!

On the outside, the tsundere is the person I wanted to be: a cool, edgy guy who never gives a damn. But that deeper side was what I could relate to — someone kind and gentle who just has trouble expressing how he feels to the people he loves.

Instead of saying “I love you,” he fanboys over a small interest that he and the main character (MC) share, like a type of food or a TV show. The little details mattered, not the grand, romantic — embarrassing — gestures.

A Change in Perspective — and Pronouns

The introduction of “His POV” chapters flipped a switch somewhere in my brain. These side stories were created to give girls a chance to step into the mind of their beloved boy. For a game like In Your Arms Tonight (IYAT), which threw even more emotional drama than usual at the player, “His POV” chapters gave readers a breath of fresh air.

IYAT starts with the hard-working MC catching her already-distant husband cheating on her, which drives her into, well, the arms of another man. As usual, I chose the tsundere — in this case, Kippei Ebihara, the steely cool boss who’s really just a socially awkward workaholic. Throughout the main story, the MC struggles to choose between her developing affection for her boss and the obligation she feels to fix her crumbling marriage.

Kippei’s “His POV” chapters reveal his gentle personality almost immediately. We experience his judgmental first impression of the MC and later roll our eyes as he struggles to explain his actual feelings for her. Like the main story, we learn that he’s not really a cold-hearted guy — he’s so ambitious to achieve the lifelong dream of his brother that he pushes people out of his life without realizing it.

These short moments gave me the opportunity to wrap my head around being referred to by “he/him” pronouns and getting addressed with “Mister” or “Sir.” This was my first test run.

Like Kippei, I constantly hid my deepest emotional troubles behind another façade — mine was easygoing and sociable, while his was cool and composed. When he reveals his real, genuine thoughts about her, the MC doesn’t berate him for such “girly” traits. She actually falls for him even harder because he had more to offer under that relaxed demeanor. Suddenly, I felt awkward, confused, embarrassed, and pleasantly surprised.

Then the game tossed me back into the head of the main female character with the epilogue. I left Kippei’s relatable mind to rejoin the MC’s weirdly familiar, but uncomfortable thoughts. I knew that I was supposed to compare myself to her, not him, but I couldn’t. Something about that situation was simultaneously heartbreaking — because society said I was a girl — and uplifting — because my brain said, “Hey, that felt right.”

Yes, otome games are aimed at young girls. However, by playing an absurd amount of them, I’ve learned a lot about breaking gender roles. It’s been nearly five years since I became Kippei for a few hours. I still laugh over cute anime boys teaching me that it’s okay to be a pretty feminine guy. Finding the right answer in a game is way easier than making the right choices in real life.

My family still has a hard time using the right name and pronouns. I don’t like looking at myself because I see the telltale signs of a female body. Sometimes, I’ll immediately regret my incessant fanboying or wince at my still-too-high-pitched voice. When that happens, I slide into someone else’s shoes, so I can escape my own problems for a little while.

My tastes have refined a bit. Rather than purely romantic slow burns, I like more complex tales, where the main course is an apocalypse, and the sweet romance is the tempting side dish guarded by microtransactions. Games like Choices: Stories You Play feel like a successor to typical otome games, as they’ve included male MCs and gay relationships. Maybe those games will be the path forward for any teenagers questioning their sexuality or gender identity.

Since I’ve learned to wholly embrace myself, “girliness” and all, I have no issue playing female characters. Nowadays, I’m all for the badass ladies, and my favorites almost always end up being a female or femme character.

In fact, my namesake is hands down the best squadmate in Mass Effect, and I’ve never once regretted taking her name as my own.