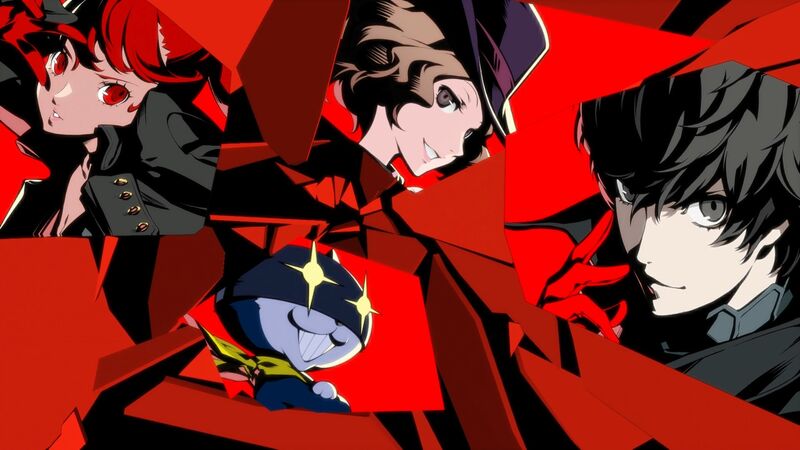 ‘Persona 5 Royal’ Once Again Makes the Enhanced, the Essential

We’ve said it before, and we’ll say it again — Persona as a series oozes style. For close to 25 years, this beloved RPG franchise has continuously evolved in its design to create its own uniquely alluring aesthetic. Persona 5, as the latest in the mainline series, was no different, and for the first time in the franchise – it seemed to strike a chord with Western gamers.

It’s no surprise then that Atlus wants to double down on its newfound fanbase. So next month we’ll be seeing the release of Persona 5 Royal. To the uninitiated, this is an enhanced version of the original game that provides a plethora of brand new content. We’re talking all-new game mechanics, characters, storylines, and much more.

While to more casual fans this isn’t exactly earth-shattering news, for Phantom Thieves devotees or first timers – Persona 5 Royal is a shiny-looking treasure of its own.

Enhancements fit for a king

As Persona diehards will know, this is not the first time a game in the series has had an enhanced version. In fact, like Pokemon before it, these regular refined and repackaged versions of the mainline games have become almost as anticipated as the major Persona releases.

So why do they exist? Well, originally, very few Persona titles were released in the West, and if they did make it across the sea, they arguably made the journey in a slightly inferior form. This is how the origins of enhanced editions started out for the Persona series. For Atlus, these definitive versions are about tweaking a critically acclaimed game and repackaging it to be the best that it can be for a brand new audience.

We’ve played Persona 5 Royal, and we’re pleased to say that it looks to continue this time-honored tradition. But before we dive into the meaty new changes that await, let’s take a look at the series’ rich history of enhanced editions.

Known as just Persona in Japan, this enhanced edition came with two direct benefits. Well, three if you’re from Europe; that benefit being you could actually get hold of the game for the first time. The primary enhancement for this version was the time had been taken to provide western players with the original plot from the Japanese version. This also came with a far more detailed look at the localisation. This meant that players were able to really enjoy all the Japanese culture and its associated references.

The second benefit was being available on the PSP, giving players the freedom to roam around in the real world while saving the town of Mikage-cho. The necessity to get this release right for the western audience, then execute on that, paid dividends. Fans who wanted to experience the game in their native tongue, while still having the authentic experience got what they wanted. This went a long way to make players happy.

The two games in the Persona 2 story exist for two very different reasons. For Innocent Sin, it was to bring the game to PSP and introduce Persona 2 to a Western audience. The original was rumoured to have not made it out this way during its initial release due to the inclusion of Adolf Hitler as an antagonist. Oh, Japan.

The portable version was available worldwide and offered a fair amount of new content. Thanks to the move to a portable system, these improvements were primarily tweaks to the gameplay and the interface. Fans diving in with Innocent Sin were also treated to an entirely new arrangement for its soundtrack.

Eternal Punishment, however, is far more elusive, as its enhanced version was never released in the West. Feeling more like a traditional DLC, it’s essentially the continuation of the story told in Innocent Sin. The additions to this enhanced edition are a little less than with Innocent Sin, adding a new scenario, some accessibility tweaks, and another original soundtrack.

With the enhanced edition of Persona 3, we get to my first real interaction with the series. This was the game that I saw on the shelf in my local Electronics Boutique. At the time, I wasn’t aware that this was an enhanced edition and completely took for granted all the additional content I was getting my hands on.

This was the first time in the series that the enhanced version was coming to the exact same platform that the original game was on. Meaning that this was the development team at Atlus wanting to flex their muscles and provide a great deal more content than ever before, for the committed players who wanted it.

Adding a completely new epilogue chapter to the main story of Persona 3, this added around 30 hours of gameplay for players to experience. Exploring the new dungeon Abyss of time as new playable character Aigis is where you’ll spend most of your time in this epilogue. That’s not to say that the main game wasn’t touched though. All the things that make Persona games unique like all the social sim aspects of the game are overhauled and have additional content. You also get access to a few new Personas, which will change the way you’ll prepare for a fight.

Ah, Persona 4 Golden. This is the release that undoubtedly put the series on many gamers’ radar, and that really helped elevate the series from a niche quantity to the heights of popularity it enjoys today. Due to the time between the initial release and Golden’s debut, it wasn’t viable for this version to be on the same console, as by 2012, the PS2 was a distant memory for many gamers.

Sensibly then, it was decided that Golden would be ported to the PS Vita. Much like FES for Persona 3, Golden was another chance for Atlus to not only introduce the series to a wealth of new players but to also continue the story that existing fans already loved.

An alternative ending for those with a sinister side was now open for players to discover, as well as a host of significant gameplay changes, including a new dungeon, more social links, different difficulty options and a brand new character. This portable version of the game really set itself out as the ultimate version of the Persona 4 experience.

Now that we’re all caught up on the storied history that comes with Persona enhanced editions, we think it’s fair to say that the series has earned the right to ask players to delve into these mammoth JRPGs again. Persona 5 Royal shows no sign of bucking that trend and has already demonstrated to Japanese audiences last year that it’s deserving of fans’ time.

Having spent some time with the game at a preview event, Atlus doesn’t show any signs of slowing down. In fact, this may well be the most significant additional content they have provided to any game in the series so far. Knowing the heritage of what came before; Persona 5 Royal is adding so much that it’ll be almost impossible to keep track of it all.

As fans will know, the social sim parts of the series are where you really carve out your own story in a Persona game. The addition of new confidants is going to give players new paths to explore, and the new character Kasumi Yoshizawa looks to add some refreshing story-beats, as well as of course, a new character to fight by your side.

The story of the game will play out a little differently too, as there are some fairly meaty changes to how critical parts of the story unfold. This time around, characters you know and love from your first time playing Persona 5 will have different experiences and interactions with you as the protagonist. If certain conditions are met, you’ll even be able to continue the story past what was available in the initial release.

Having the possibility to play through the Third Semester at Shujin Academy has us excited to delve back into Persona 5 and get more out of the game.

If that’s not enough, you also get the addition of a snazzy new grappling hook. The dungeons that you have to traverse have been reworked to provide a completely new experience. It’ll really give the dungeons a new lease of life and will make the journey feel fresh.

It’s clear to see from what came before that Atlus has learned what players want when it comes to these enhanced versions of the game. Care is taken not to take the players for granted and rush a bundle together that adds a few changes here and there.

Something that came out of necessity to get the games out to a wider audience as possible has evolved into a labour of love. They’ve shown time and time again that they care and want to give players a new experience in a familiar world.

It’s thanks to this history and the dedication that Atlus has shown to the franchise, that we’re excited to play Persona 5 Royal. We know that we’re going to be treated to something built with love — and we’ll love it right back.