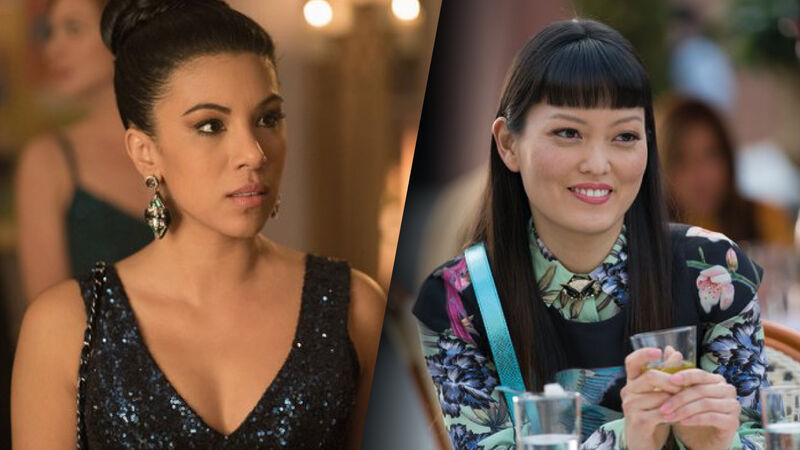 Pitch Perfect 3 is the third film in the popular comedy franchise, but will it be the last?

For stars Chrissie Fit and Hana Mae Lee, who play Flo and Lilly, respectively, the series has run its course, but they’d be open to returning.

“The [ending] montage really felt it was the end,” Fit told FANDOM. “People really love these characters and want to see what’s next for them. Maybe Flo [who becomes an entrepreneur] will finance their next tour.”

Lee, who’s been part of the franchise since the original 2012 film, agrees. “I love playing Lily,” she explained. “If there is [a fourth film], I’m down and I feel people would be excited. If there isn’t, I felt the third one was a really nice ending.”

Lee joked that she might be getting a little too old to do the intense song and dance routines.

“All of them were challenging because my body is getting older,” she said with a laugh. “You know you’re getting old when you’re being shown dance moves and you’re like, ‘Hmm, I’m going to have back issues and neck issues later.'”

Still, she admitted that the actors’ experience from the previous films was helpful, especially with new director Trish Sie, who comes from a music video background. “We got the dance moves more quickly this time around,” Lee stated. “It’s in our veins.”

Fit, who joined in Pitch Perfect 2, said performing Britney Spears’ “Toxic” was the most challenging.

The scene is the climax of the movie, and the girls find themselves held on a yacht at gunpoint by gangsters.

“There were so many elements to it. The action sequence, dancing, and singing for our lives,” Fit explained. Luckily, the shoot took place on a sound stage instead of open waters.

“Production actually built a yacht on a sound stage which was nuts. They had this huge tank with lukewarm bath water, which was better than jumping into the ocean,” Fit admitted.

“That whole filming day was really fun,” she continued. “We got to be action stars for a minute and afterward you were in a pool with all your best friends. We were playing games, synchronized swimming. It was one of my favorite moments. It felt like we were all kids again.

Many more behind-the-scenes clips can be found on the Pitch Perfect 3 home release, out this week. Other highlights include a gag reel and an intimate and emotional look at the final performance.

Speaking of funny moments, FANDOM had to ask both actresses about the name of guest star Ruby Rose’s band. The all-girl band was named Evermoist.

“It just sounds so gross,” Fit responded. “Automatic cringe from me. I think Rebel Wilson is the only one who could hear ‘Evermoist’ and improv seven jokes right after. She started talking about being ‘never moist, ever again’ [laughs].”

Adds Lee, “I was like ‘what is that?'” upon hearing the name. “What’s funny is that it can be real. There could be a really successful band named Evermoist in this world right now.”

And while the girls of Evermoist battled the Barden Bella alums, Fit said the film’s legacy is its empowering message.

“This is how female friendships are,” she explained. “It’s not catty, it’s not divisive. We are stronger together!”

Pitch Perfect 3 is now available on Blu-ray, DVD, On Demand, and via the all-new digital movie app MOVIES ANYWHERE.