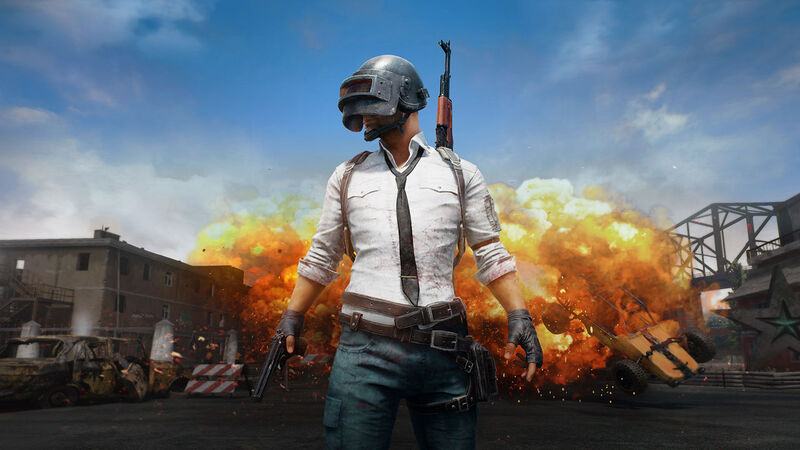 For the first time in recent memory, console gamers were last to get one of the year’s most important releases. While social media channels and classrooms everywhere lit up with chatter about a revolutionary new PC shooter, Xbox owners were waiting patiently for their console-exclusive to arrive. To those who are late to the party, we are of course, talking about Player Unknown’s Battlegrounds.

Since its fairly modest launch at the start of the year, this little known Early Access shooter has quickly gone on to become the biggest indie hit since Minecraft. Now, after racking up over 20 million sales and boasting over 2 million concurrent players, PUBG has finally airdropped its way onto an Xbox near you. So how does this unique online shooter hold up on Microsoft’s family of consoles?

Well, in its current state, the answer is: pretty terribly.

Given the inescapable hype surrounding the Battle Royale-inspired shooter, expectations were sky high for the game’s Xbox debut. Yet, instead of the carefully optimized console-exclusive that Xbox One owners were crying out for, PUBG on Xbox One currently feels half-baked and sluggish.

Still, at least it all starts promisingly enough. After booting the game, we’re greeted by a slick and well rendered menu screen. Wasting a few minutes messing around with our character and readying up, we’re then thrown into a holding lobby for 30 seconds – where we’re greeted by some of the worst textures we’ve seen this generation. Impressively though, things only get worse from there.

As the game-proper begins, players find themselves soaring through the air in a massive military plane. Here, the goal is to  carefully plan out where you want to land and then to launch yourself onto your destination from the skies. Or that’s how it works in the PC version at least. For Xbox players, soaring through the air is instead replaced by some serious stuttering, with the plane and mini-map shuddering along with the still-loading map at a single digit framerate.

Once you’ve decided to actual jump out of the plane though, performance does slowly start to improve. As your avatar falls through the air, the game suddenly seems to wake up, pushing itself to a measly 15-20 frames per second as buildings, trees and the rest of the map hurriedly pop in around you.

Yet, this shoddy performance isn’t just a bit embarrassing, it actually seriously impacts the game. While hurriedly looking for weapons and armour in nearby buildings, a set of stairs refused to load for my teammate. As he sat under the stairs patiently waiting for them to load, they suddenly made an unnanounced appearance, trapping him underneath them for the rest of the game. If this was a free beta test, these kind of crippling bugs would be forgivable. But when you’re coughing up your hard-earned cash for the privilege? Not so much.

As expected, inventory management is also a massive pain in the arse on Xbox. While a mouse and keyboard allows you to loot seamlessly, here, players are stuck frantically swapping between each bumper in order to move newly-found items over to your inventory. Otherwise, controls are a bit odd, but not awful. Still, it’d be nice to have a way to customise your controller layout on Xbox. Here’s hoping that arrives in a future update.

Still, despite its glaring issues, its testament to the core gameplay on offer here that PUBG on Xbox occasionally captures the same kind of emergent brilliance as it’s PC counterpart. When the framerate plays nice and you’re stalking an enemy squad with three mates by your side, PUBG on Microsoft’s console can be a seriously compelling experience.

Yet, thanks to poor draw distance, sluggish performance and the game being riddled with more bugs than your average sewer, PUBG on Xbox One simply doesn’t deliver the calibre of gaming experience you expect for £25/$30.

The Xbox One X difference

Luckily for Xbox One X owners though, PUBG fares quite a bit better on Microsoft’s beefy new console. While the framerate can still be pretty dire on the X (maxing out at around 25 most of the time, with the occasional car journey hitting 30 frames), the bump in resolution and texture quality is immediately noticeable.

On the base Xbox, shoddy draw distance can make enemies pretty hard to spot over long distances. Thankfully, this is vastly improved on the X, giving those who have shelled out for the 4K console a significant advantage.

It’s worth noting, however, that PUBG on Xbox isn’t the finished article. While PC gamers are getting the full version 1.0 update next week, Xbox owners are stuck at 0.524 for now. PUBG on Xbox will ultimately get a bunch of improvements, and most likely end up being a great experience….eventually.

Is PUBG on Xbox Any good?

What should have been a triumphant end of year console exclusive instead feels like an expensive beta test. Let’s hope that Xbox gamers get some swift patches to turn this port into the grin-inducing battle royale shooter that console players deserve.

There’s definitely fun to be had here, but unless you have an Xbox One X, you’re probably best off waiting for a patch or two before diving in.