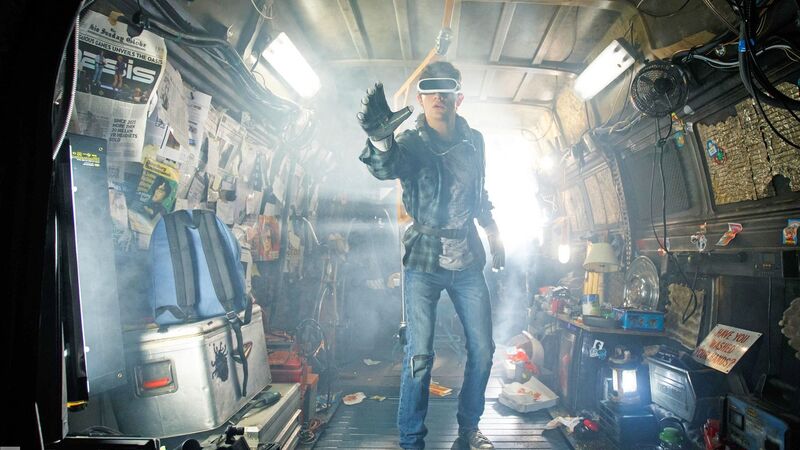 How ‘Ready Player One’ Can Help Remedy Toxic Fandoms

Ernest Cline’s Ready Player One is a story that glorifies nerd culture more than anything else. It places late ’70s to early ’90s media on a pedestal, equates a character’s worth to how much trivia they’re able to memorize, and the protagonist, Wade Watts, literally saves the day by getting the highest possible score in a game of Pac-Man. Every so often, though, the story hints at the darker and more problematic elements of geekdom.

Issues of exclusivity and discrimination, corporate manipulation, and unhealthy obsession pop-up within the text, but never take up too much of the story. In 2018, seven years after the book’s publication, these issues have only grown in nerd culture. The upcoming Ready Player One film could further dig into these themes and improve the book’s message. Doing so would also help these fandoms address some longstanding problems within their communities.

One of the supporting characters in Ready Player One —Aech — is a Caucasian heterosexual man in the game OASIS. In the real world, though, she is an African American lesbian named Helen Harris. It becomes apparent over the course of the book that she felt the need to hide her gender, race, and sexuality to avoid discrimination and harassment. Wade is accepting of Helen’s identity. However, the story never gets too far into why she felt the need to disguise herself outside of general concerns with racial and gender inequality.

Today the worlds of gaming and pop culture are still less than welcoming to individuals who aren’t straight white men. Representation is only just recently beginning to improve but the effects of Gamergate linger. Women still fear for their safety when engaging with online communities. The film could dive deeper into these issues, shining a light on one of the most damaging elements of fandom.

The film could also help improve the gaming community by further developing the evil Innovative Online Industries corporation. In the book, this company is a monopolistic internet service provider that wants to win the rights to the game OASIS to make even more money. The book never really mentions, though, that IOI indirectly profits from people playing OASIS, similar to actual video game-related companies. To play the game or engage with its community, players have to pay for the internet connection that IOI provides.

Gamers and the various video game-related fandoms are some of the most corporately influenced communities around. Huge corporations exploit nearly every aspect of this identity — from consuming specific sodas and snack foods to playing the latest games on the most high-end hardware — to make massive sums of money. If the film highlighted these issues, it could eventually lead to healthier gaming communities where members aren’t exploited.

Overall, the greatest improvement the film can make to the story is the depiction of Wade’s obsession with OASIS. The book depicts Wade’s dedication to the game and memorization of potentially useful pop culture factoids as heroic features, even when they begin to hurt his physical and mental health. Even after a self-imposed sabbatical to counter these negative consequences of his lifestyle, the story still rewards him for his unhealthy behavior. Basically, Wade constantly receives rewards for being a one-dimensional nerd with harmful habits.

It’s not especially healthy to entirely dedicate yourself to a single activity or have your identity entirely tied to one specific thing. Even the most celebrated athletes and artists have interests outside of their chosen field that round them out as people. However, nerd culture often rewards and expects individuals to dedicate themselves entirely to their chosen fandom. The film needs to round out Wade’s character. This could help people realize that they can enjoy a piece of media without having to know everything about it.

Ready Player One seemed destined to receive a movie adaptation due to its exceptionally marketable and nostalgic features. The film now has the opportunity to improve geek culture and fandoms, rather than celebrate them as the book does. Not only could this change do a huge amount of good for these communities and the people in them, but it could also make for a far more compelling experience.