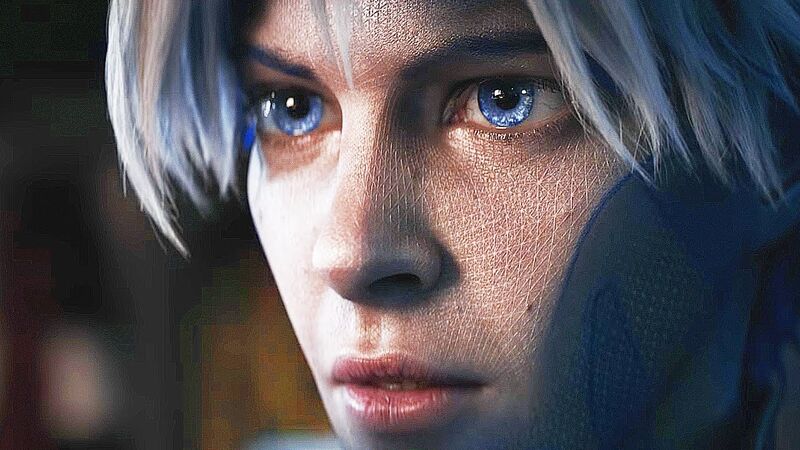 How ‘Ready Player One’ Glosses Over Gender and Race Issues

Ready Player One is taking creative liberties with its source material. Of course, not everything that works on the page will work in a film. That’s natural for an adaptation. But Ready Player One has made some questionable changes that may ruin its most compelling character, Aech, the best friend of the hero, Wade Watts. Changes that could rob the film of its opportunity to speak on real gender issues.

SPOILER ALERT: Warning, this article contains spoilers from Ernest Cline’s novel Ready Player One. Proceed at your own risk.

In Ready Player One, most of humanity spends their time in an online world known as the OASIS. There, anyone can create a virtual avatar and become anything they want. Aech, a super famous avatar, known for his skills, is the perfect example of this. He fights in the OASIS’ player-vs-player arenas and is among the five highest-scoring players in Halliday’s Egg Hunt.

He’s described in the book as a “Caucasian male with dark hair and brown eyes.” Over the course of their three-year friendship, Wade assumed that Aech resembled his avatar. However, when the two meet in person toward the end of the book, Wade learns that Aech is actually an African-American girl named Helen Harris.

Like her mother, Aech hid her race and gender from others in the Oasis. Her mother, who worked in an OASIS-based, data-processing centre, made a conscious decision to use a white avatar. She noticed the “marked difference it made in how she was treated and the opportunities she was given.” Similarly, Aech uses a white male avatar to avoid harassment, disrespect, and other problems that come with being a black woman on the internet.

In the Ready Player One movie, Aech still appears as Wade’s best friend. However, she no longer uses a human avatar. Aech is an orc. A seven-foot, dark-green, hulking orc. It may seem small, but this seemingly minor alteration has both narrative and social repercussions.

By making Aech an orc, audiences lose the shock of Helen’s reveal, killing the book’s best twist. It’s obvious to those in the OASIS that Aech’s avatar looks nothing her. In the book, the reveal not only shocked Wade but readers, as well. We all expected to see a white man behind that avatar. Now, thanks to the avatar switch and the film’s promotional materials and IMDB listings showing off Lena Waithe in the role, even those who haven’t read the books will know what to expect.

Helen’s reveal also gave Wade some much-needed character development. Emotional moments for Wade are scarce in the novel. His arc boils down to him going from being a weak man-child to a powerful man-child. By the end of the story, he hasn’t shown much, if any, growth.

However, when Wade meets Helen in the book, we get to see him react with shock and a bit of anger. This makes sense. His best friend has lied to him for years. It’s a great moment, as he learns to move past those feelings and to, instead, empathise with her struggles and accept her for who she is. Unfortunately, the movie strips this rare demonstration of Wade’s maturity and growth from the audience.

Sacrificing the reveal scene also gets rid of one of the few moments where the book paused to handle real issues. The scene tackles anonymity in the OASIS, racism, gender, and the workplace. It may have been a brief moment, but that’s all the more reason why it’s disappointing that the movie is brushing past it. Instead, we’re getting a clichéd rebellion plotline.

The timing would have been perfect, too. Right now, the #TimesUp movement is in full swing. A bevy of Hollywood stars started it to expose the harassment women have faced in their workplaces for decades. At the end of 2017, #MeToo started to expose the predators who have been lurking at the top of the Hollywood food chain for far too long. But even with these huge pushes by women to have their voices heard, there are still those who struggle to relate to their experiences. Ready Player One could have, in its own way, helped with that.

Helen is a unique character in that, through the novel, readers learn a lot about her without meeting her until the end. They come to care about her before ever learning about her struggles, making the reasons for hiding her identity hit so much harder. Her story feels like it’s coming from someone you actually know. The added layer of empathy that comes from spending time with the character first really helps humanise these issues in a way that could’ve been an eye-opener for watchers of the film.

Changing Aech’s avatar also results in a missed opportunity to talk about the problems people of colour face on the internet. Anonymity on the internet makes a lot of people feel as though they’re free to spew whatever comes to mind, and unfortunately, a lot of that is racially charged. So, naturally, this happens in the OASIS too. After all, all of humanity uses it, and they’re completely anonymous in there.

So why not shed some light on it? Just as there are a lot of people who can’t empathise with the harassment women face, there are those who don’t understand how it feels to be on the receiving end of racially charged abuse. Showing the lengths Helen went to avoid that happening could really put this issue into perspective for people.

So, here’s a huge Hollywood movie that’s releasing right as the world is coming to terms with the problems women and people of colour have had to face for years. Its source material features a black female character who’s affected by similar issues. Yet, the filmmakers chose to take a different path, which is disappointing.

It’s such a waste. Ready Player One could have improved on its source material in these areas. The adaptation could have delved deeper into Helen’s story and built up her character. Helen is a character trying to escape what so many women of colour face on a daily basis. This is important and showing it would have made Helen a real, three-dimensional female character, something of a rarity in most Hollywood blockbusters.

Ready Player One looks to be taking the easy way out when it comes to Aech. The complicated parts of her character are being scrubbed away, seemingly in an attempt to make her easier to enjoy on a surface level. It’s almost like the film is happy to be a lighthearted adventure and nothing more. That’s fine, and it’ll be a fun watch, but Ready Player One could have used its platform to really get people thinking about race and gender issues in a new light. Some things don’t translate to the screen, but I fail to see why Aech’s story couldn’t be told.

Ayo Norman - Williams
AyoNW
Ayo is a young animator/writer/aspiring games designer who finds it very difficult to write about himself in the third person.