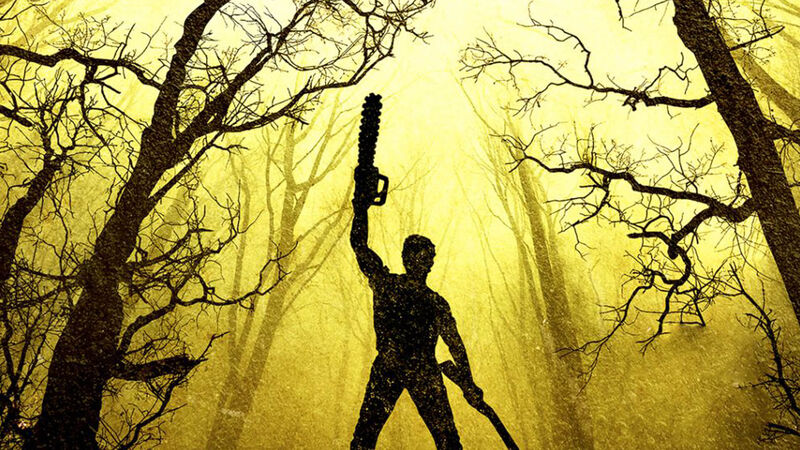 Six Things We Want for ‘Ash vs. Evil Dead’ Season 2

Ash vs. Evil Dead’s first season filled the void in the hearts of a lot of fans of Evil Dead and Army of Darkness.  Now begins the long wait to next October when season 2 will premiere.  In the meantime, we can only speculate as to what Ash and company will be up to but here’s a few things we would like to see.

Naturally spoilers for season one as well as The Evil Dead, Evil Dead 2, and Army of Darkness follow.

Season one put to rest Ash’s unresolved feelings about his late girlfriend Linda, but things have been quiet on how he feels about the others.  He surely misses Scotty but the films and the show have remained rather quiet on the only flesh and blood family member he has lost to the Kandarian demons.  Cheryl was the first film’s big bad, the first victim of the book, and it always seemed strange how Ash always talks about the girlfriend he lost in the cabin but never his sister.  There’s surely pathos to be mined here and with the way The Force likes digging up bad memories for Ash to relive it wouldn’t be a surprise to bring Cheryl back for a cameo.  Actress Ellen Sandweiss has been back in the acting game for a few years now (she even played Bruce Campbell’s wife in his goofy horror comedy My Name is Bruce) and it would be nice for another familiar face from the original trilogy to pop up at some point even if it is just to make Ash spiral deeper into despair.

Pablo the Brujo?  Pablo the Jefe?

Of the three main characters, Pablo was the one with the least direction at the end of the season.  Ash is once and forevermore who he is and Kelly seems to be following in his demon-killing footsteps (albeit in a more levelheaded manner) but Pablo still lacks a role beyond being a Sancho Panza-like sidekick to Ash and a supportive younger brother/possible love interest(?) to Kelly.  It was assumed when Pablo took his deceased uncle’s pendant that he would become a Brujo (a shaman) as well, the way the torches in the yard lit up as he walked seemed to indicate this too but ultimately nothing new happened with the character and he remained a sidekick to both Ash and Kelly.  There were a lot of hints dropped in season 1 and it’s very likely that season 2 is going to have a lot of development occur for Pablo.  Will he become a Brujo?  Will it be revealed he’s a Jefe (a hero who can defeat evil itself) like Ash?  Only time will tell.

The question a lot of fans had coming out of season one was what purpose Amanda was meant to serve.  The show spent a lot of time building up the character only to have her killed, re-animated, and re-killed.  She served as an excuse for Ruby to deliver a bit of exposition and a rather slapdash effort at building a new love interest for Ash that he could feel guilty about when she died, but beyond that she’s no more significant than any of the other dead bodies left in Ash’s wake.  Was that really the end for the character?  Her dismembered corpse seems to indicate so, but maybe not.  Ruby has the Necronomicon and the knowledge to use it. She even put in some new pages, and Amanda’s possessed body makes a comment about how the two of them can still be together.  It’s never been stated that the book doesn’t have a more conventional resurrection spell and we only know just a little of what it’s capable of.  It sure would be a waste if Amanda didn’t return in some form.

Show Us What Happened to Annie

When we last saw Annie Knowby in Evil Dead 2 she was apparently dying on the floor of the cabin from a knife wound (caused by Ash’s disembodied hand wielding the Kandarian Dagger) as Ash and The Force were sucked back through a portal in time and space to the Middle Age. From there, Ash would defeat the evil and become part of a prophecy written about in the missing pages of the Necronomicon that Annie brings to the cabin.  Ruby is in possession of both Ash’s hand and the Kandarian dagger at the start of the series and she introduces herself as Annie’s sister.  We now know that Ruby is a Dark One, and that she claims to have written the book (said to have been written in Ancient Sumeria). So while it’s possible she’s lying about her family lineage, it could also be the case that she used the time portal spell to travel back and write the book.  The loose pages that contain incantations that make the evil manifest in the flesh and open a portal in time are still unaccounted for, so too is Annie’s corpse.  We saw Jake’s remains in the cellar and Linda’s body was still in the work shed where Ash left it so why wouldn’t Linda’s corpse still be laying in the living room floor unless someone had moved it or it moved itself?  Is Ruby completely unrelated to Annie, Annie’s sister, or Annie herself reborn into a new body?

Deadites are great, they’re the backbone of the series, but it always adds an interesting note when the book conjures up something weirder.  We’ve seen bizarre flying creatures in Evil Dead 2 and Army of Darkness as well as the creepy demon children and Eligos in Ash vs. the Evil Dead.  The final scene of the last episode seemed to indicate that the world will be ending soon so hopefully Ruby summons up a host of weird grotesque beasties to complement her demonic zombie army.

How Sam Raimi produced an entire season of television without his rubber-faced little brother is one of the great mysteries of life.  While we’d love to see Sam direct a few more episodes in Ash vs. Evil Dead season 2, it looks like he’s going to be busy directing a movie.  But Ted Raimi has been a staple of his older brother’s work since Evil Dead 2 and it just wouldn’t be right if he didn’t pop up at least once (though ideally he would appear as a host of characters) considering his Xena co-stars Lucy Lawless and Bruce Campbell are all over this thing.  While a return as Henrietta (even as a cameo) is unlikely he could really pop up anywhere.