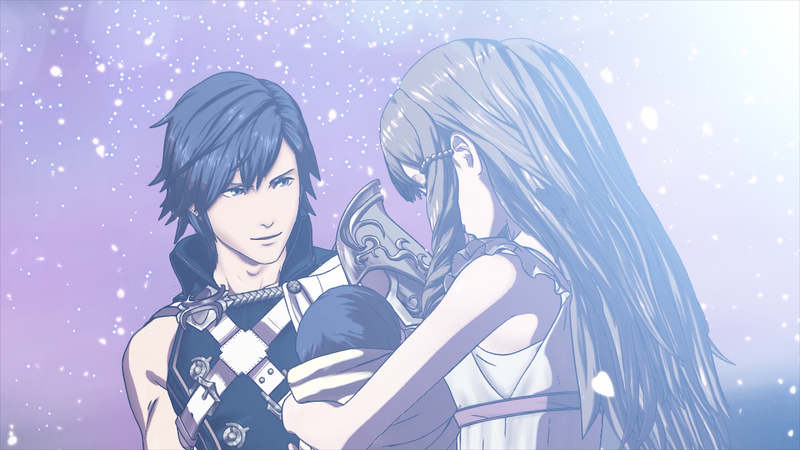 Ask anyone who’s played it, and they’ll say that one of the best games for the Nintendo 3DS is Fire Emblem: Awakening. Released in 2012, the game’s received praise for its storyline and the depth of its characters. Most notable about the characters is the in-game mechanic known as the support system. This allows players to build bonds between characters that can even lead to marriage.

Sumia’s introduced early in the game as part of the Shepherds, but she is prone to being quite clumsy. Meanwhile, Chrom is the leader of the Shepherds and eventual Exalt of Ylisse. While the game makes Chrom marry one of the Shepherds women after Chapter 11, Sumia is the first choice by default. Ignoring the gameplay mechanics, Chrom and Sumia do make a good couple.

In her first appearance, Sumia’s hinted to have feelings for Chrom, given how nervous she acts in front of him. As she grows more confident in the game’s first half, she becomes someone Chrom can depend both in and out of battle. By their supports end, Chrom admits that he sees Sumia as a source of personal strength, which is why he fell for her. This mutual bond can lead to their eventual marriage and is what makes this ship so sweet.

These two may come from different backgrounds, but there is prior history between this noble and thief. Their conversations reveal Gaius had framed Maribelle’s father for false charges. Her dad may have avoided execution, but Maribelle remains angry at Gaius for his actions. What’s great about this couple, though, is that shows the heart of gold Gaius has within him.

It turns out, Gaius got blackmailed by a group of nobles to accuse her father in exchange for her life. Maribelle forgives him when she learns the truth, but Gaius feels guilty regardless. Seeing the good heart lying behind his thieving can lead to Maribelle to fall for him, while he can fall for her. Together, these two make for an unusual but sweet pair in the vein of Han Solo and Princess Leia.

Olivia is one of the shyest members of the Shepherds, while Henry is outgoing and a little crazy. Given their different personalities, a romance between them seems as mad as Henry. Yet it works because Olivia comes to see that, despite his smile, Henry had a pretty rough past. Being abandoned by parents and living at a neglectful magic school can do that to someone, after all.

Olivia makes it her mission to teach Henry to feel real emotions, but Henry thinks she’s crazy to do so. Regardless, Henry does learn a little from Olivia about what it means to smile, and the two grow closer as a result. In return, Olivia comes to appreciate the dark mage for his odd behavior, which can lead to marriage. Together, they somehow make this ship work out, weirdness and all.

Lon’qu and Panne have a lot in common with each other. Both of them bear the wounds of a tragic past: Panne lost her people, while Lon’qu lost a childhood friend. Their trauma has made each into loners, with Lon’qu afraid of women, and Panne distrusting of humans. Finally, both have great skill at hunting and tracking, with Lon’qu even able to track Panne.

Given their similarities, it would seem natural for these two to get paired together as a couple. At first, Panne’s irritated by Lon’qu’s refusal to come near her, taking it as a hatred for her species. Once he reveals the nightmares he has over his friend’s death, she feels sympathetic. She later admits that she, too, suffers from nightmares — in her case, of mankind wiping out her people.

A great way to overcome pain from one’s past is to meet someone who understands your pain. Lon’qu and Panne both suffered in their childhoods, making them know each other’s pain. By talking to each other, they help heal the scars of their past, and that leads to lasting love and marriage. They give each other a chance for a better future and are thus happier as a couple.

As the Avatar character, Robin can marry anyone of the opposite gender in the Shepherds. This makes for a lot of shipping, but male Robin with Lissa stands out as particularly noteworthy.

From the start of the game, Lissa seems the most interested in Robin, being the first to want to help him when he’s found. This interest only grows, as out of the Shepherds, she’s the most impressed with his talents. This leads Lissa to desire to spend more time with Robin by pulling pranks, leading to funny moments.

Despite her pranking, Robin grows to love her spirit and loyalty, leading her love to be mutual. This leads to one of the best S-ranked supports in the entire game. Robin’s blushing as he confesses his feelings, followed by Lissa’s tears of joy, is adorable. This makes for the kind of passionate scene fans live for, and, as an added bonus, it means Chrom and Robin are brothers!