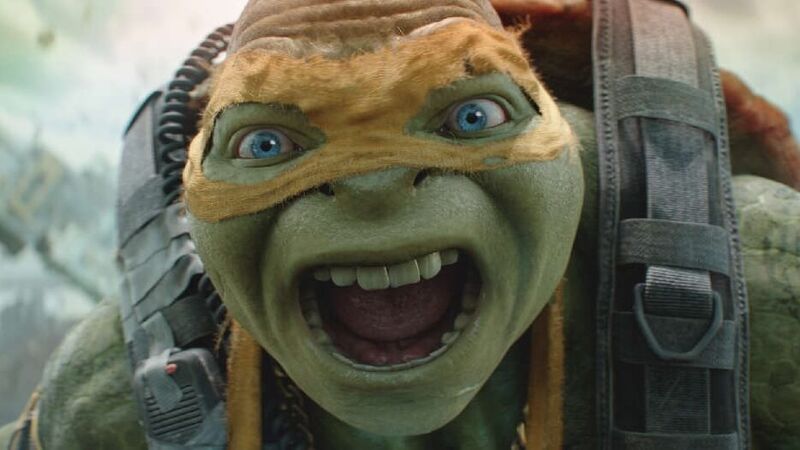 How the Teenage Mutant Ninja Turtles Keep Us Hooked

In 1985, young illustrators Kevin Eastman and Peter Laird thought up a crazy idea for a comic – radioactive ooze anthropomorphizes four pet turtles and they turn into crime fighters in New York City. And so the Teenage Mutant Ninja Turtles were born. When the TV series based on the comic first aired in 1987, it was a runaway success. The excitement was so frenzied that the media coined the term “Turtle-Mania”. Anything even remotely connected to said aquatic reptiles incited excitement. From 1987 to the mid-1990s, Turtle-Mania had its grips on children around the world.

Fox revived the turtles in 2003 and, in 2012, Nickelodeon reignited “Turtle-Mania” with a more child-friendly take. Just two years later, the network saw potential in expanding the turtles’ reach. So, their movie production company teamed up with Michael Bay’s production company and they released the reboot film Teenage Mutant Ninja Turtles. Nickelodeon had found new fans primed and waiting: its original audience’s children.

Thirty years later, the Ninja Turtles are still alive and well. But how has the franchise managed to keep generations of kids addicted to the adventures of the “heroes in a half-shell”?

You Can Relate to Them

Everyone knows someone like Leo, Mikey, Donny, and Raph. Physically, the turtles are hard to distinguish without their coloured bandanas. But it’s their personalities are particularly distinct. Leonardo is competitive and a natural leader, Micheangelo is the class clown, Donatello is a little more introverted, and Raphael has a rebellious attitude and sarcastic quips. The archetypes that they represented demonstrated their universal appeal since everyone could identify with at least one of them personally. And, as a result, everyone had their favourite turtle.

Plus, the Ninja Turtles loved to eat pizza, and who can’t relate to that?!

They Stood Up to Bullies

In the ’80s and ’90s, cyberbullies did not exist. It was old fashioned wedgies, swirlies, and other general nastiness. Every school and playground had at least one. In the show, Shredder and the other villains were the bullies and the Ninja Turtles showed kids how you could stand up to them.

Since those days, bullying has evolved in its form of attack, but it’s still prevalent and a serious problem that many kids still face. Using clips from their 2016 film Out of the Shadows, this bullying prevention and awareness ad uses the turtles to raise awareness for the #IAmAWitness campaign.

Mutants are cool. Martial Arts is cool. And in the 1980s and 1990s, those things were very cool. It made for cool toys, and cool toys sell. It was true then and it’s true now. This potential for toys is what led to TMNT being commissioned for TV in the first place.

Eastman and Laird promoted their stories through clever marketing and they frequently came up with new merchandise to boost sales and maintain interest. Characters have been turned into toys, adorned everything from clothing to hygiene products, and more. It’s ancient societal dynamics – see someone with something cooler than you have and you want it too. Thanks to this basic yet genius premise, the Teenage Mutant Ninja Turtles juggernaut grossed around $1.1 billion in its first year alone.

They Have Great Storytelling Potential

Mutated turtles with ninja skills, a teacher a bit like your favourite Granddad, cool gadgets and space aliens – children love this stuff! Your imagination expanded with every episode. Characters were often at war with themselves and looking for redemption.

Adding to the show’s intrigue, there was always hope that your favourite bad guys, like Leatherhead, might someday become good guys. Each revival opened new horizons to explore or it expanded on ideas from the comics. As a result, the turtles had adventures in space, family strife, and even travelled in time. The comics explored different origin stories that proved successful for publisher IDW.

Wrestling promoter Eric Bischoff coined the phrase “controversy creates cash”. It worked for the 1990s wrestling scene, and it’s no different for the Ninja Turtle franchise. The British classification bodies complained the most, enforcing that stuffy stereotype. They insisted the network replace the “violence-encouraging” word “Ninja” with “Hero”.

On top of just the language, the weapons proved controversial as well. Nunchuks were banned from 18+ martial arts films in the UK at the time and were viewed as inappropriate. This meant that Mikey’s weapons in the 1987 series were replaced with a combination of bare fists and other weaponry. In the 1991 live-action sequel movie, The Secret of the Ooze, Michelangelo uses sausages as weapons. Meant to be funny, the BBFC (British Board of Film Classification) didn’t think so and it was cut for British release.

On top of that, the Ninja Turtles faced criticism from some Christian organisations who bemoaned the show’s “promotion” of eastern religions and that it might lead to evil behaviour. Michael Bay’s 2014 reboot also caused a fuss when the poster for the Australian release showed the turtles jumping out of a burning building with the release date underneath. Ordinarily, this wouldn’t be particularly controversial, but given the release date of September 11, many felt it was insensitive. Despite the social media furore, however, the film made $493 million.

Will the Teenage Mutant Ninja Turtles go away? Not likely. A new series is already in development and set to ignite Turtle-Mania in another generation of kids in 2018. While Gran pulls out a box of old TMNT toys from the attic and Dad makes the kids watch old reruns, the memories will pass down. Nostalgia will always win the day. The Teenage Mutant Ninja Turtles will remain entrenched in pop culture history.