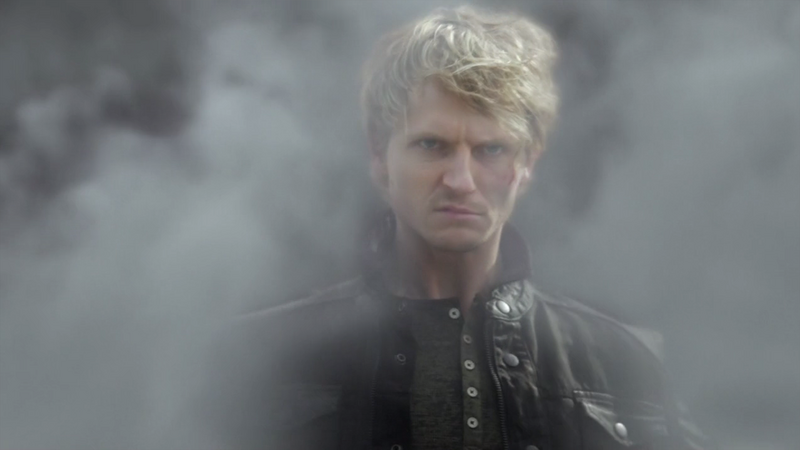 The 6 Most Forgettable Arrowverse Villains

Since Arrow first graced our screens in 2012, The CW has blessed fans with the adventures of our beloved DC heroes fighting evil. Our Arrowverse heroes have had some memorable stories with some truly memorable foes. However, some villains have failed to leave a lasting impression. Here are some of the most forgettable villains of The CW’s Arrowverse.

First appearing in Arrow Season 2, Clinton Hogue was a henchman for Sebastian Blood. He was a devout follower of Sebastian Blood’s secret cult the Church of Blood. Clinton took on the mantle of Brother Blood after Sebastian’s death in the comic book tie-in series, Arrow: Season 2.5.

Arrow Season 2 is often held as the standard when it comes to telling a gripping season-long story arc. But Clinton Hogue failed to leave a lasting impression so he met bowed justice off-screen. After he kidnapped Felicity Smoak and offered to trade her life for Oliver Queen‘s in a bad plan to kill the Green Arrow, Team Arrow fought against the Church of Blood. But when Arsenal caught up with Hogue, he kicked him out of a helicopter and was never seen again.

Clyde Mardon was the first villain to appear on The Flash. If his last name sounds familiar, it’s because of his older brother Mark, aka the Weather Wizard. Clyde and Mark were a bank robbing criminal duo and Clyde was the more reckless and short-fused of the two.

The Mardon brothers were escaping in an airplane when the Particle Accelerator explosion caused their plane to crash. The explosion gave Clyde the ability to manipulate the weather so he used his abilities to rob banks and evade capture. Detectives Joe West and Eddie Thawne traced Mardon to a barn and the two detectives almost fall victim to Clyde’s tornado. But The Flash rescued them just in time.

Clyde was close to besting The Flash but Joe West shot Clyde in the back and killed him. Clyde’s death would later be the catalyst for his brother to seek vengeance against Joe in one of the best episodes of The Flash. Clyde could have been a memorable villain, but his brother’s greater power set left him in the dust.

Bud Ellison appeared in the Legends of Tomorrow episode “Night of the Hawk” as the corrupt sheriff of 1958’s Harmony Falls, Oregon. In this episode, the Legends track Vandal Savage across the timeline to Harmony Falls. According to historical records, a series of murders in the small town occurred during Savage’s residence. The team splits up to locate Savage and find that he’s living under the alias Dr. Curtis Knox.

Sheriff Ellison kidnaps Jax for Savage’s experiments, but the Legends fight the experiments in the asylum as they try to rescue their colleague and defeat Savage. Jax and the other experiments receive cures, but Savage escapes. This fan-favorite Legends of Tomorrow episode is full of so much important information so the actions of a henchman like Sheriff Ellison just get lost in the current.

Chase appeared in Arrow Season 3 when Thea hired him to be a DJ at the Verdant nightclub. He flirted a lot with Thea and she took him home one night and slept with him. Chase tried to poison her because of her relation to the exiled League of Assassins member, Malcolm Merlyn, but Thea saw through Chase’s assassination attempt and they fight. He gains the upper hand, but Merlyn enters and shoots an arrow into Chase’s back. Cornered, Chase drinks his own poison and dies.

Fans forget DJ Chase due to the major events that occur in both his episode and the season. This is the same episode that Oliver tells Thea that he is the Arrow. In the rest of the season, Ra’s Al Ghul launches an assault on Team Arrow and Star City that ends with one epic battle. Arrow fans have forgotten DJ Chase as another man who failed to kill our beloved Speedy.

Veronica Sinclair, also known as Roulette, appeared in Supergirl Season 2. In “Survivors” she was the ringmaster of an underground alien fight club. Supergirl and the D.E.O. stop the club but must release Roulette from National City’s police custody.

Roulette’s second appearance is in “Supergirl Lives” on Slaver’s Moon. Roulette had been kidnapping humans for the intergalactic slave trade. Because of Maaldoria’s red sun, Supergirl and Mon-El are powerless against capture. Alex and Winn rescue them and trap Roulette on Slaver’s Moon in the process.

Roulette is both forgettable and a missed opportunity. The character is most notable for her iconic appearances on Justice League Unlimited. Both television iterations had her in two episodes, but Supergirl instead focused on developing the relationships of Supergirl, Mon-El, and the Daxamite royal family.

When Professor Stein needed another metahuman with the Firestorm Matrix to prevent his death, Team Flash located two candidates: Henry Hewitt, a scientist, and Jefferson Jackson, a former high school football star. The erudition of both Stein and Hewitt made them seem to be the perfect pairing, but the two failed to fuse.

This angered Hewitt because he felt that he deserved the Firestorm Matrix. The anger combined with the energy of the merging attempt awakened his power. Jax eventually heard the call to be a hero and merged with Dr. Stein to form Firestorm.

The newly formed Firestorm of Jax and Stein faced Tokamak on a football field. The Flash and Firestorm defeated Tokamak and locked him away in the Pipeline Prison. Although Henry Hewitt is part of the Jax/Stein Firestorm origin, he failed to leave a lasting impression on Flash fans.