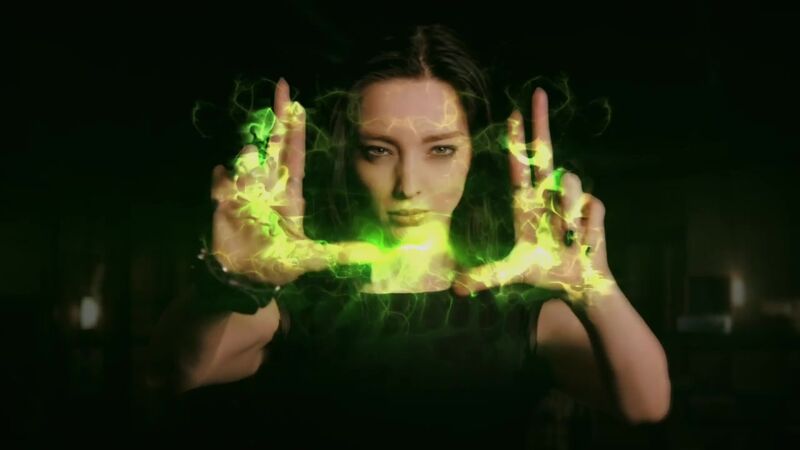 Top 5 Moments from ‘The Gifted’ Premiere

This week The Gifted premiered on FOX. The first episode, titled “eXposed,” introduced us to a world where mutants are not celebrated as heroes, but hunted down as criminals. In this episode we were introduced to Blink, a new mutant with the ability to open portals, Eclipse, a member of the Mutant Underground who can release light, Thunderbird, a skilled tracker, Polaris, who can manipulate metal, and the Strucker family, whose children Lauren and Andy turned out to be mutants. The pilot episode, which debuted to decent ratings, was directed by Mr. X-Men himself, Bryan Singer. Singer’s work on FOX’s X-Men film franchise has shaped the comic book film industry for almost two decades. His knowledge and experience made this episode quite special. Let’s take a look at the five best moments from “eXposed.”

The coolest moment in first sequence was Blink opening up her first portal. She just escaped from a Mutant testing site and was on the run. The police had caught up to her and she had nowhere to go. Good thing her mutant power is opening portals! At first her powers weren’t working, which tells us she’s new at this. Then, the music swelled and a huge burst of purple light filled the screen. She held her arms wide enough to jump through the portal, catching the front end of a police car just before it closed. For an X-Men show that technically doesn’t have any X-Men, this was a STRONG way to open the series.

“Kill the lights,” Eclipse said to his super-powered girlfriend Polaris. With a wave of her hand the lights were busted. Within seconds, Thunderbird, Polaris, Eclipse and Blink were surrounded by the Atlanta PD. In this scene, still just minutes into the premiere, each mutant got to unleash his and her incredible powers. Polaris blew the lights out of all the police vehicles. She stopped bullets with her bare hands. Eclipse blinded everyone with the light in his hands. Thunderbird used his powers to track Blink there in the first place and he got her and Eclipse to safety. Polaris was captured, however, which is how we meet Reed Strucker later on.

During a school dance, poor Andy Strucker was dragged into the school showers and tormented by bullies. The sheer amount of fear and pain he experienced triggered a powerful awakening of his mutant abilities. As he began to scream, the entire school began to fall apart. His sister, Lauren, understood what was happening and ran in to rescue him. She woke him up out of his powers-induced anger trance and led him to safety. This scene showed just how jarring and dangerous becoming a mutant can be, despite some thinking it could be glamours. This scene was exactly what the title states: Andy was “eXposed.” His nerves, his heart, his powers, all were laid bare. Thankfully his sister knew what was happening and dragged him out of the school.

The Gifted wouldn’t be complete without a cameo from Stan Lee and this episode definitely delivered. Stan Lee has had a career in comics that spans 76 years. He co-created the original X-Men with Jack Kirby in 1963. Stan Lee also created some of Marvel’s most famous heroes like the Fantastic Four, the Hulk, Daredevil, Doctor Strange and more. Bryan Singer first cast Lee in a cameo role in his 1999 film X-Men. In that film, you can see Lee selling hot dogs on the beach when Senator Kelly walks out of the water. Since then, Lee has had over 30 cameo appearances in every major Marvel film and television show, including The Avengers, Agent Carter, Deadpool and the Defenders.

The final battle of this episode was just as intense as the first. Eclipse had prepared to help the Strucker family escape into Mexico but they were discovered by Sentinel Services. Thunderbird and Blink came to their rescue until the robotic sentinels backed them into a corner with no way out. Blink managed to open a portal, but someone needed to hold the robots off so everyone could get through. One of the sentinels caught Thunderbird by his leg and Eclipse was able to free him. Andy then took it upon himself to hold the robots back. Andy unleashed the full range of his powers and took out a ton of sentinels. Everyone made it through except for Reed Strucker, who was captured.

Overall, this was a very solid pilot for The Gifted. The episode did not shy away from showing everyone’s powers, the family drama was rooted in strong emotions, clear allies and enemies were established. The Gifted is easily the strongest new series of the Fall 2017 season.

The Gifted airs Mondays on FOX at 9/8C.