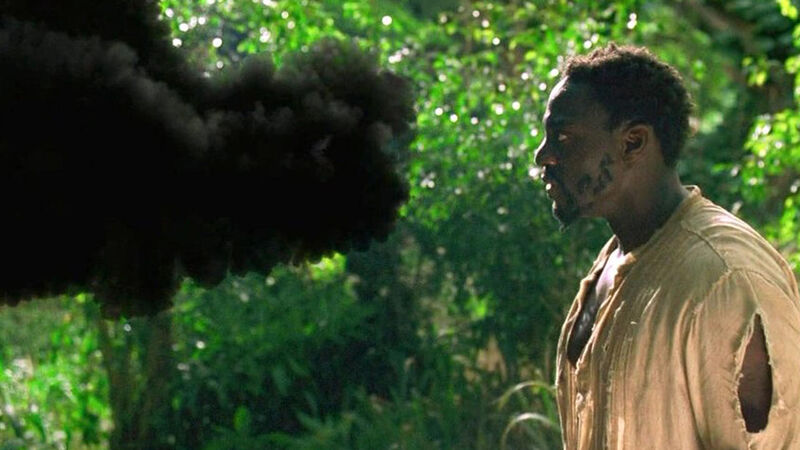 It’s the time of year when we consider the things that matter to us most. As we sit down for our Thanksgiving meals, we think about what we’re thankful for. These are the underappreciated TV shows that we believe deserve more love and attention. No judgments here, only love.

Do you love The LEGO Movie‘s all-ages absurdist humor that’s heavy on references? How about the live-action comedy, Last Man On Earth starring lovable loser Will Forte? 21 Jump Street? Cloudy With A Chance of Meatballs? I love all those too, all of which were overseen by Phil Lord and Chris Miller, the directors who were originally working on the Han Solo spin-off film. And one of their earliest shows is the criminally underrated, one-season wonder Clone High.

The series recast historical figures as confused teenagers in a school run by a crazy scientist and his robot butler. For 13 episodes, Clone High had lengthy musical numbers, famous cameos, deep references to ’80s sitcoms, and sharp comedic timing for all the absurd situations.

Unfortunately, MTV marketed the show like any other empty teen comedy on the channel, so it never got a second season, leaving its cliffhanger unresolved. Lord and Miller have teased returning to the little-loved Clone High, but they’re currently the most in-demand producers in Hollywood, so I’m not holding my breath.

Reality TV is kind of the lowest common denominator when it comes to television. There’s nothing too “real” about it, with people behind the scenes creating drama and creative edits can change an entire story. Most reality shows at least feature a game show aspect (Survivor, Face Off ) but MTV’s The Real World was simpler than that. It featured a group of 20-somethings living in a fancy house. That’s it.

The Real World was something of a cultural phenomenon when it came out. It launched American reality television into the spotlight, for better or worse. (Mostly worse.) In its early years, The Real World dealt with contemporary issues relevant to young adults. It tackled subjects like sexuality, AIDS, religion, prejudice, abortion, and substance abuse. The selected cast members were diverse and each season brought something different to the table.

Sure, The Real World grew to be ridiculously trashy and spawned shows like Jersey Shore. Those are some heavy strikes against it, but The Real World helped me understand diversity. It also taught me about the power of friendship. The Real World was never entirely real, but it was close enough.

For some reason, anime fans have largely forgotten about RahXephon. The 2002 anime is out of the Neon Genesis Evangelion mold, but don’t accuse it of being a rip-off. RahXephon has that same mixture of sci-fi and mysticism set against giant robot battles, but it has its own song to sing.

Ayato Kamina is a teenager living in Tokyo, not knowing that the city has been captured by aliens within a Jupiter-like sphere. He finds a connection to a mysterious girl he can’t remember and a giant robot that will “Retune the World”. But between fighting aliens and discovering his powers, Ayato finds a lost love that has been stolen from across time.

Where Evangelion is bleak and depressed, RahXephon is more elegantly written with a tighter script. It’s a gorgeous series both in its art design and its brutally sad moments.

Although critics and people within “nerd culture” have generally given The Big Bang Theory a unanimous thumbs-down because of how they feel it demonises autism and mocks the characters as stereotypes, in reality, these are baseless criticisms. Over the last decade that the show has been airing, the characters have all slowly developed and they now represent people in every walk of life.

The show’s most recent seasons have also dealt with real-life issues. Arcs dealing with depression and Sheldon’s development into a socially developed man really show the writing genius of Chuck Lorre, Bill Prady and the rest of the team. Despite the fact that The Big Bang Theory is in the last few seasons as it wraps up all of the current plots, it is at the best it has ever been and will certainly go out on top.

South Park creators Trey Parker and Matt Stone decided to create a sitcom parody show centered around whichever president won the 2000 election. They were gifted with the simpleton antics of George W. Bush. However, the show’s doofy nature and cost ended up undercutting it and the show was canceled after one season.

That’s My Bush! is an odd duck of a show. It’s a clear satire of typical sitcoms but each episode mixes in some hot-button political topic. Every episode is purposefully formulaic and overtly silly to the point of feeling repetitious. But that’s clearly by design and becomes part of the show’s trademark sense of humor.

The show was canceled only a few months before the September 11 attacks. Had the show gone on, who knows how Parker and Stone might have treated their version of the Commander-in-Chief. The series has mostly faded into obscurity but it’s worth a watch for those who are tapped in the creators’ twistedly funny viewpoint.

MTV’s The Maxx told the story of a homeless superhero and the woman he is tasked to protect. This show lasted only 13 episodes in 1995 and faded into obscurity. Adapted from the comic created by Sam Keith, The Maxx explored themes that included mental illness and serial murder.

Running alongside shows like Aeon Flux and The Head, the show pushed conservative buttons and quickly became controversial for its surreal and violent content. The characters drifted between a stark and gritty city setting and a vast and dangerous realm called The Outback. It’s no wonder parents freaked out when they found their kids watching it after school.

The Maxx was the cool dark superhero property before cool dark superheroes were the thing and paved the way for adult comic adaptations like Todd McFarlane’s Spawn. MTV’s The Maxx is a fantastic and disturbing show that deserved way more than a one-off season.

OK, let’s put aside how badly Lost whiffed its ending. Because it is a resounding thud. No one is going to argue that. However, we shouldn’t condemn an entire body of work solely on how it finishes. We need to look at the whole picture. And when you step away from Lost’s final moments, you’ll start to see that the show was still as great as it ever was.

That mishandled ending doesn’t take away the amazing character work that the show gave us. It doesn’t stop the fantastically cinematic presentation from being any less awe-inspiring. And although most of the mysteries weren’t given satisfying answers, the way they were teased crafted a suspense and fervor that is still influencing shows to this day.

Lost is a phenomenal show with a mostly disappointing climax. But, don’t let the ending ruin the experience. It’s still one of the best shows to ever be on network television. …Just maybe skip that last season.

Tales from the Darkside

Tales from the Darkside isn’t a failure. It’s not looked upon as some blight on the horror genre or in the annals of TV history. It’s just not thought of much at all. Tales from the Crypt is beloved and still has a life. Are You Afraid of the Dark has an entire generation of fans raised on it. The Twilight Zone is a masterwork. Somehow, when it comes to anthology shows this one gets the short shrift despite the involvement of luminaries such as Stephen King, George Romero, Clive Barker, Harlan Ellison, and Frederik Pohl.

Ninety episodes of creepy, weird, and fun is what Tales from the Darkside is. It also made for a fun movie. It played on the secondary networks and at odd hours, making it almost like an elusive thing to hunt down upon its original release. The show still works like a charm even after all these years.