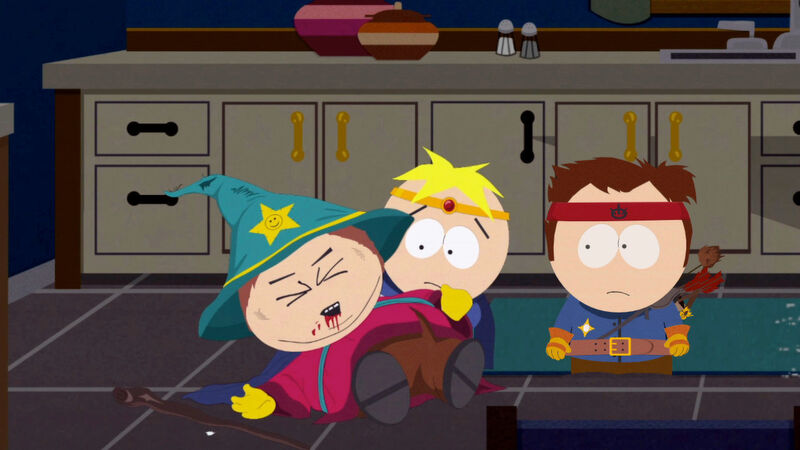 5 Video Games That Did Their Cartoons Justice

Not every video game based on a cartoon is going to be good. In fact, one of the most reviled games in history is based on a superhero cartoon! It’s actually better that video games based on cartoons don’t try and appeal to critics. It’s more important that these games stay true to their cartoons, as fans are the ones most likely to want to play the game.

Gameplay and critical reception aside, what the players and fans of the shows think about a game can be of bigger importance. In that regard, these five games live up to the fans’ love for their respective shows.

Rugrats: The Search for Reptar

Nickelodeon’s Rugrats was one of its first shows, and one of its most successful. This success led to several movies, spin-offs, and even video games such as Rugrats: The Search For Reptar. The game focuses on the efforts of Tommy Pickles and his friends to find his missing Reptar puzzle. This means going through more than a dozen levels, most of them based off episodes from the show itself.

Now, the graphics for this platformer have not aged well over the years, but that doesn’t stop it from being a fun game. For any kid who watched Rugrats on TV, being able to play through different episodes would have been a dream. This game ended up a huge hit with kids on the PlayStation, enough to be re-released under Sony’s “Greatest Hits” brand. Plus, how awesome was it to rampage through a city as the big dinosaur himself, Reptar?

In his latest scheme to steal the Krabby Patty Formula, Plankton builds a massive army of robots in Spongebob Squarepants: The Battle For Bikini Bottom. It backfires, though, when the robots throw him out of the Chum Bucket. They proceed to run amok in Bikini Bottom, leaving it up to Spongebob, Patrick, and Sandy to clean up the mess — which includes giant robot versions of themselves.

This action-adventure game is so enjoyable because it stays true to the show by being as silly as possible. Even the character’s moves are ridiculous — Spongebob’s moves revolve around bubble-blowing! This game has gotten a cult following over the years and will likely be one of Spongebob’s best games. Also, if you 100% the entire game, you will get a special reward …

Cartoon Network’s trio of idiots may have had a hit TV show, but their short track record with games made us want refunds. The exception to this was their console release, Ed Edd N’ Eddy — The Mis-Edventures. Ed-fans get to control their favorite trio as they run through the Cul-De-Sac and annoy the other kids. That, or earn money for Jawbreakers — if you saw the jawbreakers, you’d understand.

This 3D platformer is short at six hours, and there is no overarching plot at work. This can hinder the game’s creative potential as a whole, but at the same time, each level feels episodic. Combine that with the game retaining the art style and humor of the show, and it’s clear why fans of the show like it. This makes for a short, but fun, romp through one of Cartoon Network’s most successful shows.

The Adventures of Jimmy Neutron Boy Genius: Attack of the Twonkies

Players control Jimmy as he saves Retroville from the menace of the Twonkies in this game based on the Jimmy Neutron special. Yeah, they may look cute at first, but when they hear music, they go full Gremlin and wreak havoc. So, it’s up to us to use terrible singing and a Ghostbusters-esque vacuum to round them up and ship them off to space.

The most impressive thing about this game is that it takes a single TV special and expands it into a full video game. Not something a lot of video games have done that or have done so in as entertaining a fashion. By the end of the game, players will have traveled all over Retroville and visited places found in the show. This action-adventure is a must-have for fans of this 2000’s Nicktoon, and it’s a fun parody of the Gremlin movies, to boot.

South Park: The Stick of Truth

If the other games were like episodes of a cartoon, then this was an entire flipping season! Since no one else could do it right, the creators of South Park decided to make their own game for their hit show. The end result is South Park: The Stick of Truth.

You play the game as a new kid who has recently moved to South Park and go outside to make friends. Before you know it, you’re caught in this giant fantasy game played out by the town’s kids. That’s only how it starts, though: there are Nazi Zombies, Aliens, and Al Gore dressed as ManBearPig. It’s something you have to play to believe.

Since the game’s made by the show’s writers and actors, it resembles the show on every level. Not only is the art style the same as the show, but the show’s love of ripping on everything carries over, as the game pokes fun at RPG tropes every chance it gets. Even the in-game items contain callbacks and references to the show’s history. Bottom line, if you’re a South Park fan, you have to play this game.