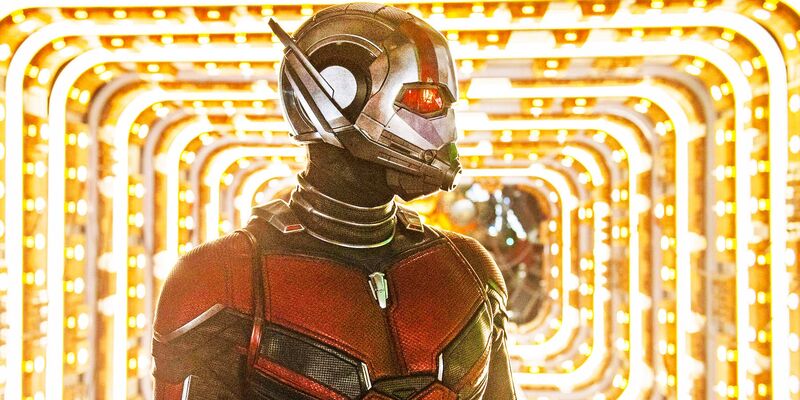 SPOILER ALERT: Warning, this article contains spoilers from Ant-Man & The Wasp and Avengers: Infinity War. Proceed at your own risk.

“You should have gone for the head!” Yep, Thor, you should have — and then we wouldn’t be in this godforsaken mess. But let’s not allow that big, purple pretender Thanos get us all worked up again. It looked for all the world that the God of Thunder had, well, thundered into Wakanda to take down the tyrant. But in his blind rage, he failed to slay the beast. At the first attempt anyway.

Following the events of Ant-Man & The Wasp, the stakes have been raised even higher. The 20th film in the expansive franchise finished on similarly heartbreaking ground with Hope van Dyne/The Wasp, Hank Pym and his wife Janet van Dyne all perishing in Thanos’s snap with Scott Lang/Ant-Man now stuck in the Quantum Realm with no way out. So how Ant-Man will play into Avengers 4 is up for debate, but here are a few things that could happen in a potential three-quel…

Who doesn’t love a happy ending? A truly upbeat conclusion has been seriously missing from the MCU movies in the lead-up to the conclusion of Phase Three. There have been break-ups, planets falling and much-loved characters departing. Tony Stark and Pepper Potts get married “off-screen” in advance of the follow-up to Infinity War but perhaps now, more than ever, we need a bit of happy.

Could Scott and Hope tie the knot at the end of Ant-Man 3? All the signs are there, but given their relationship status through both movies – ‘on-again, off-again’ as much as Friends lovebirds Ross and Rachel – it may well end up being a case of exploring their relationship rather than cementing it. That said, given that their next potential interaction would be a big reconnection (after all, Hope fell foul of Thanos’s snap), they may not want to wait any longer to be together for the long haul. In that instance, we want ants as the ring-bearers, please.

Destiny (and Tragedy) May Still Play a Part

After the events of the Infinity War, both during the film and in the aftermath of Thanos’s snap, destiny finally arrived and for some, it was the end of the road. There are many theories about who may or may not return for Avengers 4. Many think that Loki, Heimdall and Gamora’s demises are more than likely permanent — but Scott, unlike Hope, has yet to face his true raison d’etre, and it may be that Ant-Man 3 could present that moment for him.

We’re not suggesting for a minute that his daughter is going to perish but could it be that his mentor, Hank Pym (Michael Douglas), dies? We know that he is already technically dead after seeing AM&TW’s post-credits scene, so it isn’t inconceivable that he may be gone for good. The argument could be made for Hope, too, but there’s so much more of their relationship to explore that it might be foolhardy for Marvel to shut it down before it’s even got going. We’d hate to see Hank go given how good Douglas has been, but it would make total sense narratively for the future of the MCU.

It’s safe to say that despite their best intentions, the villains for both Ant-Man films thus far have been among the weakest in the MCU. In the first, Darren Cross was very much a “by-the-numbers” adversary, seeking revenge for Hank Pym shutting him out of the Hank Particle work; while in the sequel, Ghost (Hannah John-Kamen) wasn’t really a villain at all, caught in the crossfire after her father tried to build his own tunnel to access the Quantum Realm without success. So who could our hero be taking on in Part Three? Taskmaster (aka Tony Masters) could be an interesting choice – in the comics, he’s a deadly mercenary who has the ability to imitate anyone and uses said power to train others. Could this feed into the potentially bigger storyline of crossover comic Secret Invasion, given the Skrulls’ presence in Captain Marvel?

A Shrink Too Far?

The biggest factor in Ant-Man 3 is, of course, how the Doctor Strange-prophesied ‘one win out of a possible 14,000,605’ will play out in next April’s Biggest Movie Of All Time. That’s Avengers 4, if you’re in any doubt.

What we know: Thanos has won – half of the population of the universe has been wiped out and many of the Avengers team and their allies have disintegrated. How they come back from such a devastating turn of events is anyone’s guess but from whispers and set photos, it appears Scott may hold the key to defeating Thanos once and for all. But with great power comes great responsibility – what sort of state will Scott be in when the final curtain comes down? Will the Quantum Realm swallow him whole? Will his messing with timelines cause big shifts in his own world, including missing a chunk of his daughter’s adolescence? So many questions remain and yet there’s so much time to wait before we get our answers.

Fans have already lost their minds over what the Quantum Realm is capable of and how its power may play into the future of the MCU. So far, we have seen the kaleidoscopic dimensional plain appear in both Ant-Man films as well as Doctor Strange, with much said about its true potential. It was initially thought that upon entering the realm you had no means of escape but Scott’s ingenuity in the first film allowed him to return to reality, as well as help lead the charge in AM&TW to rescue Janet van Dyne (Michelle Pfeiffer) after she had spent 30 years stuck there.

In Doctor Strange, however, it is explained that the realm isn’t just another dimension but it also has the potential to unlock parallel plains and multi-universes. Could this be the way that Marvel introduces X-Men, Fantastic Four and even Deadpool to the MCU in the wake of the 20th Century Fox purchase? It is possible that the events of Avengers 4 will reshape our knowledge of the Quantum Realm – could Scott be both the key to defeating Thanos AND the introduction of many other Marvel heroes? He was part of the Fantastic Four in the comics, after all…