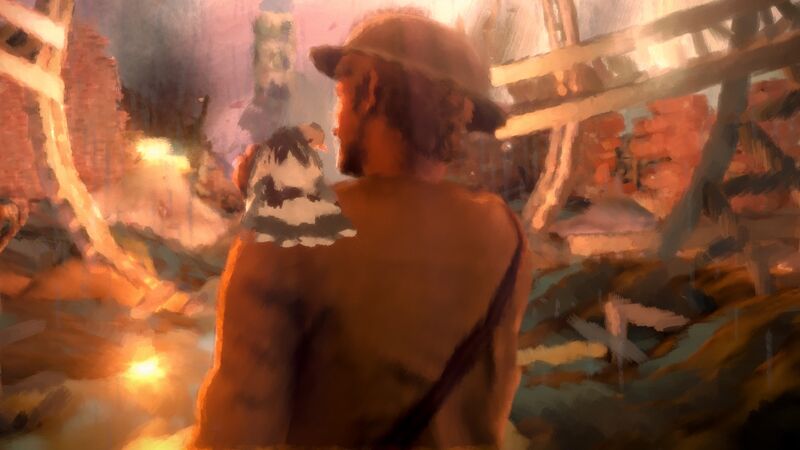 Thanks to the internet, the idea of genre is becoming increasingly irrelevant. Back in the 90s, it was essential for an author or musician to have their work neatly slot into a shop’s genre-divided shelves, but in today ’s increasingly interconnected world, art’s popularity is no longer dictated by the whims of the shop manager or needs of a publisher. In fact, thanks to the ease of discoverability afforded by the internet, the shoe is now on the other foot, and the pressure is on the big studios to push boundaries. It’s why in 2018, serious superheroes star in surrealist comedies helmed by indie directors and Rihanna can cover indie darlings Tame Impala without anyone batting an eyelid.

Yet, despite the last few years leaving genre boundaries looking muddier than the campsite at Glastonbury, bizarrely, the idea of creatives working across different artforms is still very much the exception, not the rule.

Thankfully then, one unlikely group of creatives is hoping to change that.  Making a name for itself by molding clay into award-winning cinema, Wallace and Gromit creator Aardman Animations is once again refusing to play by the rules.

After decades spent using film to put smiles on audience’s faces, the studio is now attempting to make its first big budget video game. If that wasn’t enough to raise a few eyebrows, more surprising still is the type of game it’s decided to create because for Aardman’s Bandai Namco published console debut, the studio is dropping goofy family fun and instead, reaching straight for players’ heartstrings.

Swapping Shaun the Sheep for the battle of the Somme, Aardman’s 11-11: Memories Retold is a game which looks to tell a refreshingly human story about the lives of reluctant soldiers forced to serve in World War One. While the idea of yet another video game depicting a historical combat may not sound particularly exciting, refreshingly, 11-11 is a game that offers a very different take on The Great War. It’s one that puts players in the shoes of both a German and British solider. And the best part? You’re never asked to mercilessly slaughter virtual opponents.

“In 11-11: Memories Retold, you play a photographer – Harry, and an engineer – Kurt” explains the game’s producer George Rowe, “I think it was a real drive for us to try and commemorate [The Great War] without glorifying it, because so many war games are — by the mechanics of them — glorifying going around shooting things, which we really didn’t want to be. That’s not the story that someone who had been in World War I would sit down and tell you. The most important thing to them is not shooting people, it’s ‘Am I going to see my family again?”

As young Canadian war photographer Harry, players find themselves navigating the horrors of the trenches from behind his lens. Yet, while he’s been sent there to portray the war effort in a valiant and heroic light, it’s up to players whether they follow orders, or choose to use their camera to expose the far grimmer reality.

Painting Both Sides of the Story

The rest of the game will be spent on the other side of the trenches with German Engineer Kurt, who is not only far older, but also has very different motivations. “Kurt is an engineer by trade, but he’s gone to war [in order] to find his son, who has gone missing in action. But to be allowed to continue searching [for Kurt’s son] you’ve got to do your job, you’ve got to do what you’re supposed to. So, [Kurt] has to go around fixing things, helping out in battles. We really tried to make it a relatively realistic portrayal of what [both] characters would be doing in World War I.”

It’s easy for video games to portray soldiers in historical conflict as suspiciously capable heroes or worse, remorseless, psychotic killers, but admirably, for 11-11,  there’s been a conscious effort to tell the human tale behind the war. But despite its story beats offering a thoughtful and grounded account of one of humanity’s darkest hours, the art style that this somber tale is wrapped up in couldn’t be more abstract. Everywhere from Paris to the Western Front is brought to life with eye-catching — and intentionally blurry-looking – watercolour brushstrokes.

“We wanted to do something different,” shrugs George unapologetically, “Painting is obviously a subjective medium [and] this story is about two different points of view on one event. It allows us to give that subjective use of colour, of what [each character thinks] the world looks like. Harry has this kind of purple-pink to him because he’s young and naïve, whereas Kurt has this kind of golden but also slightly darker paint because he’s in a slightly darker place. Then as they move together, those colours bleed together and you start to get a bit more of a full-colour world.”

Much like the rest of what we’ve seen in 11-11, its aesthetic shows a portrayal of a difficult subject that’s incredibly carefully considered.  And much like the overall tone and slow-paced nature of the experience, it’s certainly not going to appeal to everyone. But for Aardman, the goal with 11-11 isn’t to make an exciting, throwaway video game – the team feels it’s their responsibility to show a new generation what horrors mankind is capable of.

“Everyone who has been part of World War I is sadly now gone,” says Aaardman Interactive’s Creative Director Daniel Efergan, “So there is a responsibility there. Unfortunately, humans have very short memories, a generation or two and we start forgetting stuff — and we’re coming up to the centenary of the armistice. [World War 1] is something that’s important for us to remember, because in a world that’s becoming a bit more fragmented — and with nationalism [back] on the rise — [we need to] remember where that kind of thing can take you.”

It’s all incredibly noble stuff, but there’s one question that still doesn’t quite make sense. How did the studio responsible for Wallace & Gromit end up working on a project like this?

“It’s something we’d wanted to do for a long, long time,” says Rowe with a smile, “we kind of secretly developed the idea a little bit internally, because at the time, Aardman’s senior management [didn’t have a] desire to do… a ‘big game’. So, we kicked this idea around and as soon as you heard about the story and the fact that it’s a really powerful story, with really interesting characters, we knew that ‘right, this is what Aardman does’ and that we could take this into a new medium.”

No matter how you look at it, for a first major video game, 11-11 is an impressive feat. And while Aardamn’s interactive division has made licensed web and mobile games for the BBC previously, it’s no surprise that for such an ambitious project, it’s not working alone. Made in conjunction with French studio DigixArt, Aardman is bringing its expertise in character building to the table as they learn the intricacies of complex game design from the team responsible for the award-winning Lost In Harmony.

With only brief snippets of the game out there, the jury’s still out on whether the whole experience will hold together as a compelling video game. Yet, as the medium continues to move away from simple arcade thrills and developers dare to delve into more complex and emotionally challenging territory, just like film and novels before it, it’s encouraging to see that there’s a desire for developers to leverage the unique qualities of interactive entertainment to offer more than just forgettable fun.