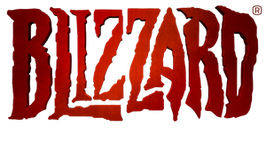 Diablo III: To Hell With It

It’s been over six years since the original release of the incredibly popular Diablo III, but the demon’s influence rages as strong as ever. Now, one of the greatest, most popular dungeon crawlers in video game history is getting released on Nintendo’s Switch console in the form of Diablo III: Eternal Edition, and it looks like it’s going to be the most suitable platform for the game yet.

Ages ago, angels and demons birthed your world in a forbidden union. Now they’ve come to claim it.

Rediscover the treacherous and forsaken lands of Sanctuary, which has finally been able to enjoy twenty years of relative peace. That is, until a mysterious falling star crashes into the Cathedral of New Tristram. It’s up to you to investigate this mystery, which, in classic Diablo style, means blazing and meleeing your way through thousands of demons and monsters, utilising strategy, cunning, magic, and brute force.

What you need to know about Diablo III

It’s been six years since Diablo III first came out on PC – even those familiar with the Diablo series may be feeling a little rusty on the game’s lore. For those unfamiliar, the world(s) of Diablo are separated between the Heavens, Hell, and the human realm. Hell and Heaven are at war, and humans are constantly being caught in the middle and drawn into the fight. For more information, check out our video above on What You Need to Know about Diablo III.

It might sound like the odds are stacked conspicuously against you in Diablo III and, admittedly, that’s because they are. But fear not, adventurer, because your class options give you the chance to even the odds. Whether you’re all about running in swinging, cunningly picking off multiple targets at a distance, or utilising strategy to pick of specific targets with blistering speed, there’s a class that will fit your play style perfectly. To get the full lowdown on all the classes in Diablo III: Eternal Edition, watch our video on The Characters From Hell.

Diablo III had been released on several consoles and PC, but it’s never had a port like this before. The Nintendo Switch offers several changes including multiple ways to control the game, additional features that employ the motion controls of the Switch, and – crucially – the ability to pick up and play while out and about.

When the High Heavens and the Burning Hells war, humanity must be its own salvation.

Being a Nintendo product, there are also a few surprises that will come as a welcome addition to Nintendo fans, especially those familiar with the Legend of Zelda series. Find out the best new features you can enjoy in Diablo III: Eternal Collection for the Switch in our video.

You’re going to need more than moxie to make it all the way through Diablo III’s many long dungeons with falling to one of the many gruesome monsters. Those who are new to the series may appreciate a short guide for a few hints and tips that will make playing the game a more satisfying experience. Those familiar with Diablo III and are simply looking forward to playing the game on the Switch for a new experience, you might like to know what strategic benefit the new console can offer, and how the new version will mix up gameplay. Watch our Infernal Mechanics: Tips and Tricks video to find out what’s different about playing on the Switch.

Included in Diablo III: Eternal Collection is the holy trinity of Diablo III content. This includes Diablo III, the Reaper of Souls expansion, and the Rise of the Necromancer pack, as well as seven classes, five acts, and seasons’ worth of demon-smashing.

Diablo III is out on Switch as of the 2nd of November.

Fin Carew
Frequently confuse my origin story with that of Mowgli from Jungle Book. Into video games, movies, and TV shows; and has limited knowledge of proper semi-colon use. Once featured in a Top 50s list called 'Love Men Sex' but don't ask.