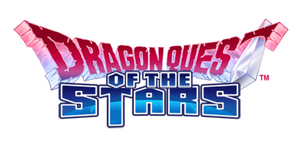 Everything You Need To Know About DRAGON QUEST OF THE STARS

DRAGON QUEST OF THE STARS is finally making its way to the West in 2020, with pre-registration available now. (For more information)

The Dragon Quest series – the most popular RPG in Japan, shifted over 80 million units worldwide – is going mobile, meaning you and your character can carry on your quests no matter where you are. So let’s take a look at what players can expect when DRAGON QUEST OF THE STARS launches on February 25th!

Upon starting the quest, players immediately create the character that they’re going to be traversing the world and fighting monsters with before their story begins. The game has plenty of customisable options, with options for the character’s gender, hair, skin tone, face, and eye colour. If you’re not picky on how your character looks before starting the game, there’s an option for players to pick an auto-generated design before the story begins.

The adventure begins on Planet Brullia when your character and two members of the party all wake up on a beach with no memory of who they are or where they’ve come from. You’re soon discovered by a friendly ‘Squirril’ called Cyril and his squishy slime sidekick – Gregooey. He’ll be guiding you through the game. Once he takes a look at the mysterious book in your possession, called the Questocrat’s Chronicle, the mystery surrounding your character begins to unfold. The book was written by a legendary explorer called Gaius who earned the title of Questocrat after saving Brullia from a crisis, but he’s long since disappeared. The only thing he left behind was the Questocrat’s Chronicle, filled with all the knowledge Gaius had learnt on his travels. As the game progresses, players will unlock the secrets of the book and discover its importance in the world.

After Cyril’s finished introducing himself he asks you to take a walk with him to his village. Since your character is worried that the three of you might not be safe even with Cyril’s help – the helpful guide gives you an extra helper, strength in numbers remember! This walk teaches you the basics of the game as players come across Slimes that might look like Gregooey, they’re just not as friendly.

Once players reach the town, Cyril generously invites the character to his house and helps them out by handing over some gems that players can use to open Treasure Chests to find new items to equip their warrior with. As your adventure begins, players slowly learn more about their mysterious past through some excellent flashback storytelling.

After learning there’s an ultimate villain the character’s been fighting for longer than they remember – it becomes clear that you need to take up the Questocrat’s work and save the planet from total annihilation once again. All in a day’s work…

Okay, let’s talk about the reasons you’re really here – battles and exploring this brand new world in the Dragon Quest universe. Once players have discovered a new location, simply tap on the question mark above the village, town, or dungeon to begin your journey. The game will give players the option to equip themselves with weapons and food to assist them on the way. But chances are once your journey begins, you’ll get attacked by monsters on the way.

Battles have a turn-based system, but players who buy the Star Pass subscription will also have the option of leaving it on auto – and watching the fight unfold. Normally, players manually pick their team’s moves against whichever enemy they’re facing. Once a character’s skill gauge has maxed out after several attacks, tap it to use a chain attack! If you can time your team’s skill gauges to max out simultaneously, you’ll be able to unleash a devastating combo attack that will do incredible damage to your enemies! Goodbye Slimes. With each enemy players defeat, they pick up new items that can be opened once the destination is reached – mainly food and weapons.

When discovering new locations, players are given a handful of blue stars known as adventure points – the aim is to collect as many points as possible to become the greatest Questocrat the world has ever seen. Simple. Later on, players can interact with the world through Multiplayer mode and travel to brand new villages, dungeons, and mysterious locations to banish the forces of darkness that threaten the planet.

When going through each dungeon, players will have different tasks to complete to earn special rewards. These usually revolve around defeating bosses in a particular way or finishing a quest without dying.

Each floor in the dungeon has a few different sets of enemies to defeat before running into a big boss – so make sure you equip plenty of food to win the battle! Finishing off a boss with a Skilful Finish will earn players extra rewards.

But what bosses can players expect to come across? Well, there’s a few faces that seasoned Dragon Quest players will be familiar with, that’s for sure. Some of the enemies like Slimes and Dracky are fairly standard – but other enemies are a bigger challenge that will take the might of your entire team!

Bosses can use their own skill gauges too, so they can unleash devastating attacks on your team. Remember to be tactical and use the team’s defensive skills. Get ready for some familiar villains from the Dragon Quest series to pop up, like Dragonlord and Estark. Let’s take a quick look at them for new players.

Oh yes, Dragonlord’s back. For those not familiar with Dragonlord, he’s a nefarious boss who has a human form and (you guessed it) an evolved dragon form. To put it bluntly, he becomes a bigger, meaner version of Spyro The Dragon. He’s a big purple and orange monster that players will have to use their band of heroes to take down.

This hulking behemoth will take some serious grinding to beat him. He’s a three-eyed demon with giant horns, who wields two swords. More importantly, he comes with a huge amount of HP when you find him in a dungeon, so get ready for a long fight.

Sometimes you need a little extra back-up that the auto-mode just can’t provide. Luckily, DRAGON QUEST OF THE STARS lets players from around the world band together to face even the mightiest of foes. Multiplayer sees teams of four players take on the world cooperatively, communicating with unique stamps designed specifically for DRAGON QUEST OF THE STARS by popular illustrator and stamps designer, Kanahei.

GEMS, ITEMS, SKILLS AND THE VAULT

So let’s rewind and talk about those Gems that Cyril gives players. Gems give players the chance to access new armour and weapons to equip the team with. Buying a ‘10 Lucky Chest Draw’ costs 3000 gems, but it’s worth it for the amount of new gear and weapons it spits out.

Every piece of equippable armour and weaponry is rated by stars and has a title depending how rare they are. Giga rare items or ultra giga rare items should give players the stats advantage they need on their journey to become a Questocrat! So mix and match your armour and weapons to balance out your attack and defence statistics.

Players can purchase extra Gem packs in the game from the shop in Cyril’s village. Or, you could buy the Star Pass Monthly subscription to get extra loot, the auto-battle mode, exclusive Lucky Chest Draws and extra stamina per day. It’ll be worth the minimal price!

But what happens when you’re 30 hours into the game (don’t judge us) and have hoarded so many ultra giga rare items that your poor character has a broken back from the five star-rated weapons and armour?

So there you have it, you’re now ready for DRAGON QUEST OF THE STARS! Save the planet from total annihilation when it arrives in on February 25th.

Disclaimer: Pictures currently used are from the production phase of the game and may not necessarily reflect the final version.