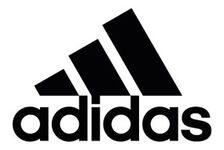 Over the years, video games have featured some of the most innovative footwear of all time. An often overlooked aspect of the costume can have a major effect on gameplay, aesthetic, and overall memorability of the character. Shoes add layers to the world building of immersive video game universes and it turns out, most virtual folk appear to prefer boots over low-cuts. There’s even a guy out there who has even made a whole art project around photographing NPC footwear. It’s not that weird, I swear.

Here we run you through some of the most iconic footwear in all of video game history from the red thigh-highs of Mrs Pac-Man to the bizarre transportation system of the Kuribo Shoe to show off just what kind of fresh kicks your favourite characters have been rocking.

The cheery teenage protagonist of the Kingdom Hearts series has some incredible style when it comes to footwear.

Though they’re pretty over the top, you’d be hard pressed to miss them in a fight and this fashionista inspired a whole generation of awkward teen dress sense so it’s only fair we include them.

The hard-hitting feminist icon from the Street Fighter games was the first playable female character in fighting game history.

Her powerful kicks have inspired works from Niki Minaj to Arctic Monkeys and none of it would have happened if she hadn’t been decked out in those stylish knee-high white lace ups.

Made from a sturdy but unknown material, they allow Sonic to run at super speeds without suffering any undue stress from friction burn.

Given to him by Dr Kintobor, the shoes allowed Sonic to break the soundbarrier and transform from a regular brown hedgehog to the blue speed demon we know today.

The scantily-clad Umbra witch from Vigrid is the title character of her own video game series.

You might recognise her from the Super Smash series in which she stands on her hands and shoots down her opponents with her pistol-packed stilettos.

How she is able to load and fire these guns is down to magic (cos she’s a witch and all) but they’re still supremely badass.

The little green dinosaur who first made his appearance in Super Mario World on the SNES would be nothing without his trademark tan boots with the yellow treds.

It is possible these are some kind of physical feature of his dinosaur race as he pops out of his egg wearing them but you cannot say they’re not damn icons in their own right.

It would be wrong to overlook the ject boots given to Zero Suit Samus in Super Smash. You wouldn’t think that a street fighting woman with a plasma whip and a pistol would choose high heels to fight in but hey ho she’s got them.

While they caused a bit of controversy at the time, the jet power function of the silletoos makes them pretty practical overal.

Both the original Mr Pac-Man (or simply “Pac-Man”, as he was known back in his bachelor days) and the red-lippy wearing Mrs Pac-Man run about in matching ruby red boots.

Mrs Pac-Man, who is just kind of a dolled-up version of her male counterpart, cuts about in scandalous thigh-high numbers that wouldn’t be out of place in the musical Kinky Boots.

Will the sexual gaze of video game developers stop at nothing?

Returning again and again throughout the Zelda series are the highly practical Pegausus Boots.

These are winged adaptations invoking the mystical powers of the Ancient-Greek flying horse that allow Link to dash, run, and jump higher and faster than before.

In the open-world games of Zelda, this can be a huge benefit, though they didn’t appear in the most recent Breath of the Wild.

Now we’re getting into the realms of madness.

The Kuribo Shoe or Goomba Shoe is a giant mechanical wind-up boot worn by the rarely seen Shoe Goombas who hop about trying to squash Mario.

Knock one over and the shoe is yours, allowing Mario to jump on enemies at will with only his head sticking out of the giant green foot covering. Introduced in Super Mario Bros 3, we last saw it in Paper Mario and are not sure we want to see it again.

The iconic series Ratchet & Clank was surely a thief of many of our weekends when we were just beginning our gaming journeys.

Overcoming obstacles, working out puzzles, and blasting away enemies with a huge array of weapons was made all the easier with the innovative footwear Ratchet could adopt.

The Grind Boots were the original and the best, adding a sweet skating-like element to the game which was so popular in the early 2000s.

Finally we come to the red shoes/feet of Kirby.

The little pink marshmallow is differentiated from his footwear by the red colouration but it’s unclear if these are part of his physical being or something he can take on and off.

We’ve added them in here for the pure horror of this image in which we can see what Kirby might look like without the shoes (if they are shoes) because frankly I came across it and now you have to as well. You’re welcome.